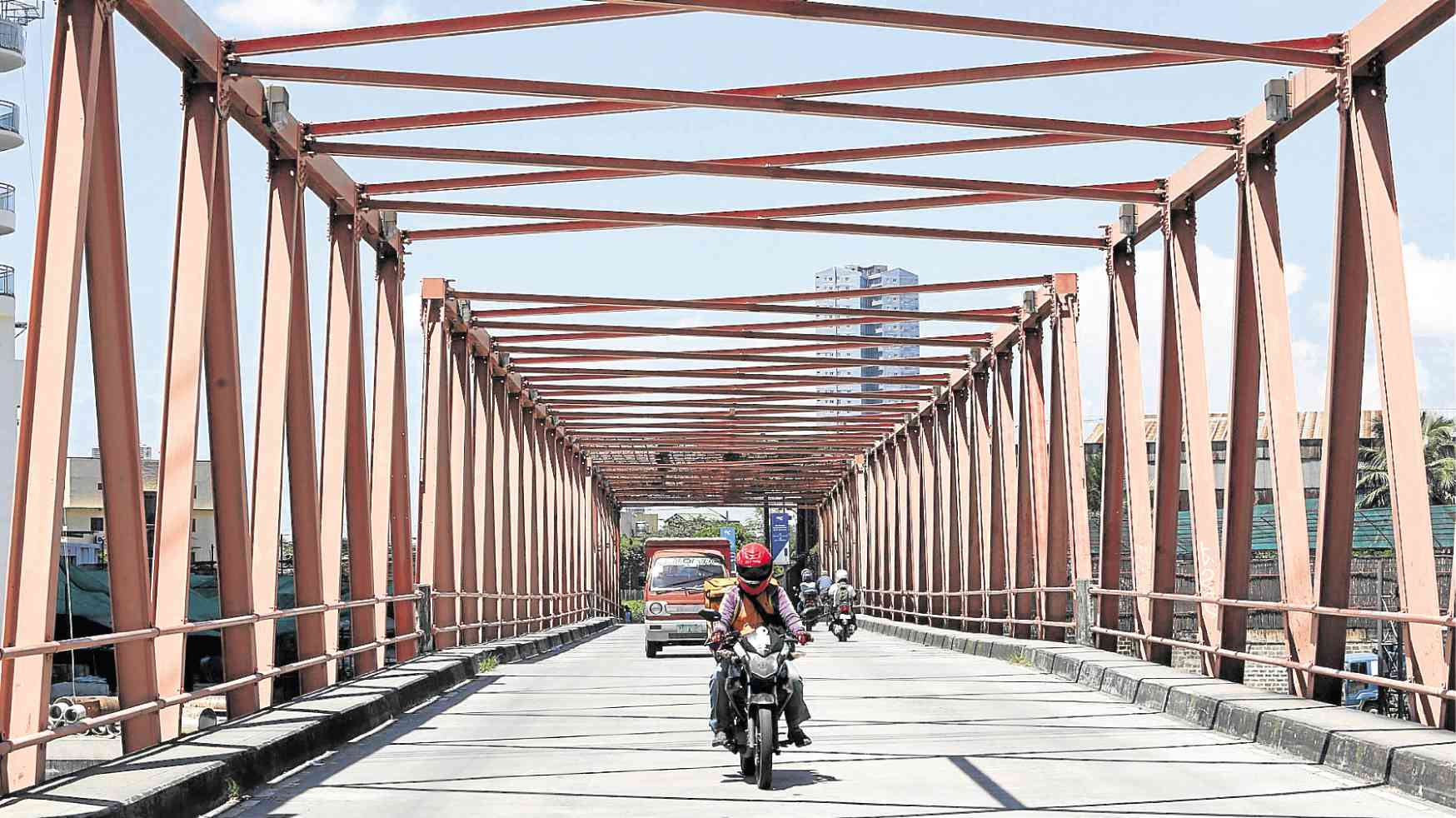 RECYCLED BRIDGE The Estrella-Pantaleon bridge connecting the cities of Makati and Mandaluyong in Metro Manila was dismantled in January but its parts would find new use in a bridge being built in Bolinao, Pangasinan province. —MARIANNE BERMUDEZ

BOLINAO, PANGASINAN – One man’s trash is another man’s treasure.

The old saying proves to be true for 26,000 residents of Santiago Island here as their long wait is over with the construction of a concrete bridge that will link them to the Pangasinan mainland.

The first batch of steel bars for the construction of the bridge arrived here on Thursday and was turned over to the provincial government.

“We are here for public service, to be able to help,” said Metropolitan Manila Development Authority Chair Danilo Lim, who turned over the steel bars. 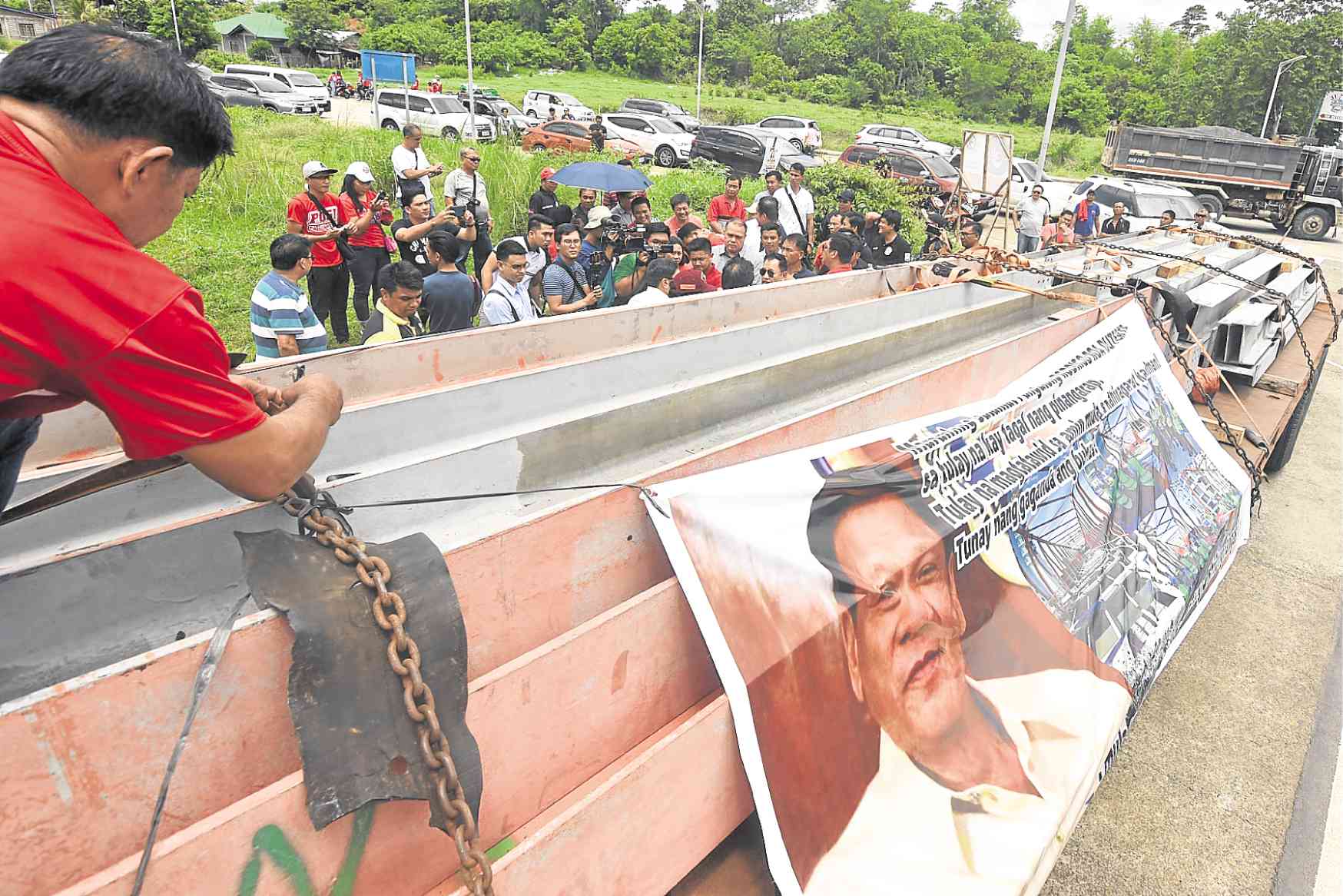 DONATION Steel bars and other materials from the Estrella-Pantaleon bridge are donated to the Pangasinan government to build the Santiago bridge. —WILLIE LOMIBAO

The materials, which were taken from the dismantled Estrella-Pantaleon bridge that spanned the cities of Mandaluyong and Makati in Metro Manila, were donated to the province at the request of former Transportation Undersecretary Tim Orbos.

After getting the approval of the Department of Public Works and Highways and the Metro Manila Council, Lim said he immediately brought the steel bars to the province so that these could be immediately used.

“They will soon have an easier access to the mainland 24/7,” said Vice Gov. Jose Ferdinand Calimlim, who received the donation.

Santiago Island consists of the villages of Binabalian, Goyoden, Lucero, Pilar, Salud, Dewey and Victory. Located off the northeast coast of Bolinao, the island is accessible only by ferry.

In 2005, the town council passed a resolution, approved by then Bolinao Mayor Jesus Celeste, asking then President Gloria Macapagal-Arroyo for the construction of the bridge.

The council said the bridge was needed by the residents who were perennially confronted by the hazards and risks of sea travel.

At present, residents travel by boat to reach the mainland or cross a channel between the villages of Luciente 1 and Lucero through a landing barge.

Barangay Pilar chair, Melito Carolino, said a boat ride costs P10 a head but the travel could be difficult when typhoons strike.

“Having that bridge here is like an impossible dream,” Carolino said.

Gov. Amado Espino III has requested the Philippine Navy to provide a temporary landing barge to serve the transportation needs of the island’s residents until the completion of the bridge.