Grade 5 student springs into action to save teacher from choking 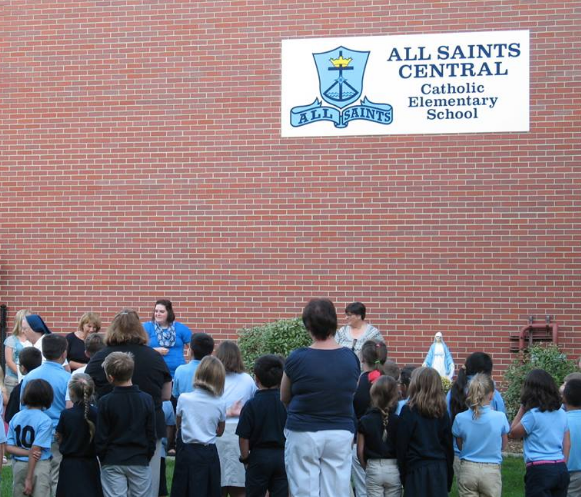 A fifth grader from Michigan, United States did not think twice and performed the Heimlich maneuver when he saw his teacher choking.

The boy, identified as Dylan Paul, is a student at All Saints Central Elementary School in Bay City, as per WNEM on May 7. School principal Lisa Rhodus said on Monday, May 6, that Paul’s computer teacher, Karen Renko, was eating a muffin when she suddenly could not breathe.

“All of a sudden she starts doing the universal choking sign, which I see,” Paul said in the report. “I get out of my chair, take off my phones, and I ask her if she is choking.”

Paul then jumped into action and performed the Heimlich maneuver on his teacher to clear her windpipe.

“What I did was I propped right up at the sternum and then I would pull back,” he said. “And then somebody else, the other kids in my class, went to go get teachers to help, but when they got there I already, um, she had already stopped choking.”

Paul’s mother is a nurse, but he proudly credited a YouTube video when it came to learning the maneuver. The YouTuber, Jaiden Animations, apparently made a video on how to perform the Heimlich maneuver to inform people what to do during medical emergencies.

Meanwhile, Renko is nothing short of grateful for her young student, who she called a hero. She also praised him for his alertness.

“I am so thankful to have had Dylan in the room at the time,” she said in the report. “His presence of mind and willingness to step up and help shows that he is wise beyond his years. Dylan is a real [life] hero.”

For Paul, however, he is just happy to have done something for a teacher who has given him so much. “I am very thankful for what she has done for me,” he said. “So I think it kind of made it even.” Cody Cepeda/JB

Dr. Heimlich, 96, uses his maneuver to save choking woman