Makati mayoral race heats up between Binay siblings, but it’s the incumbent who gets Iglesia’s nod
By: Dexter Cabalza - Reporter / @dexcabalzaINQ
Philippine Daily Inquirer / 05:16 AM May 09, 2019 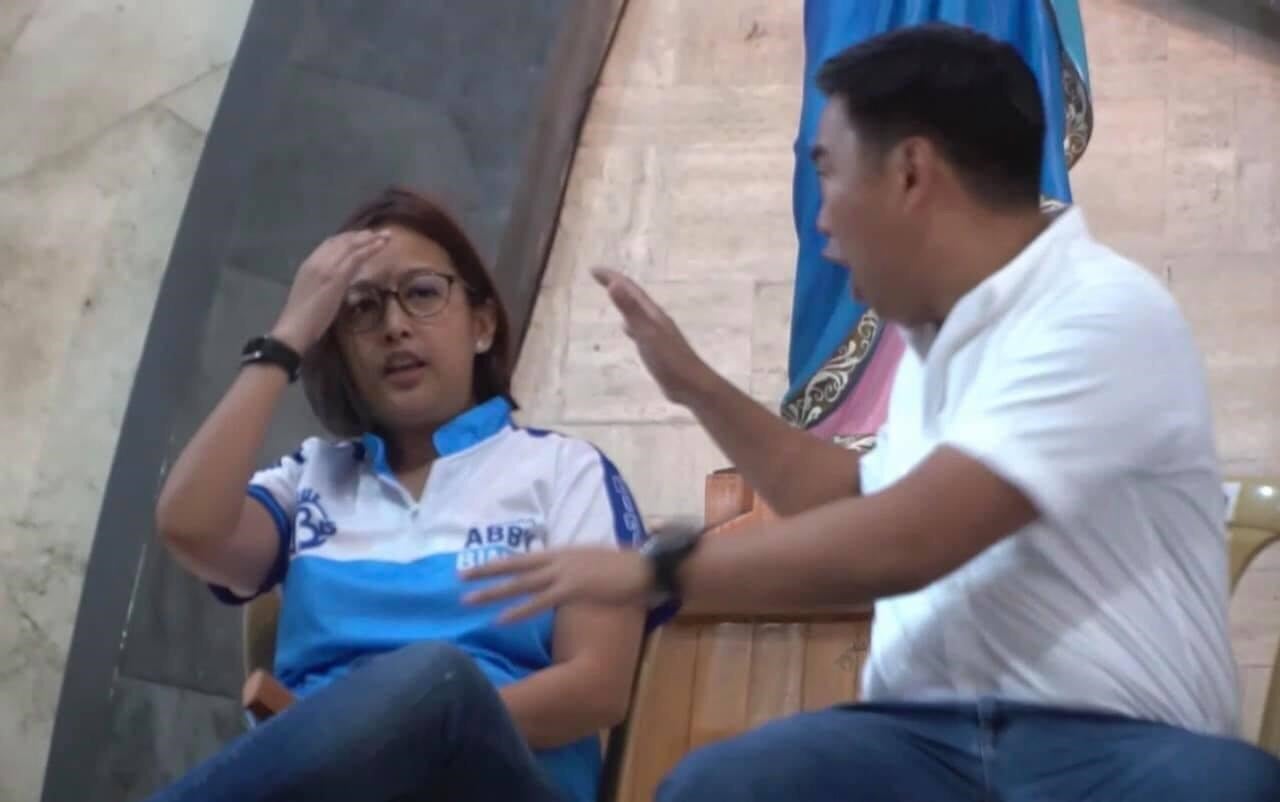 Makati City Mayor Abby Binay (left) is confronted by her brother and political rival Junjun during an election forum at the San Ildefonso Parish Church on Saturday, April 27, 2019. PHOTO BY DEXTER CABALZA

MANILA, Philippines — Which has more sway over Makati City voters? A religious sect known for bloc voting or the “Queen of all Media” with millions of followers on social media?

Incumbent Makati Mayor Abby Binay, and her brother, former Mayor Junjun Binay, who are locked in a bitter fight for the city’s mayoral seat, have scored endorsements from prominent names for their respective bids.

On Wednesday, Abby thanked the Iglesia ni Cristo (INC) leadership for backing her and the other candidates on her ticket under the United Nationalist Alliance (UNA) party.

“Many, many thanks to the Iglesia ni Cristo under the leadership of Brother Eduardo Manalo for your continuous support and cooperation to help us realize our beautiful plans for Makati and all its residents,” she said in a statement.

“We at Team Performance are happy that you are one with us in our goal to ensure a bountiful, comfortable and peaceful life for all Makatizen. Rest assured that we will further strengthen the long relationship between the INC and the Makati City government,” she added.

The INC has five churches in the city found in Barangays Poblacion, Pembo, Bangkal, Palanan and Guadalupe Nuevo.

Former Vice President Jejomar Binay, who is running for congressman in the city’s first district under Abby’s ticket, also thanked the INC for again supporting his candidacy.

“Rest assured that I will push  for everyone’s welfare and rights in Congress while improving the programs on education, health and livelihood,” he said.

While the INC had backed UNA candidates in previous elections, the Binay patriarch failed to get the group’s nod when he ran for vice president in 2010 and for president in 2016.

During a campaign rally on Monday night, Kris Aquino, sister of former President Benigno “Noynoy” Aquino III, expressed her support for Junjun and his sister, Senator Nancy, who is running for reelection.

The actress-talk show host, dubbed the Queen of All Media by her millions of followers on social media, showed up at the gathering held in Barangay Rizal. She was in a pink shirt bearing the pictures of the two candidates.

One and only rally

“I have not gone to any caucus, rally or political event except for this one and for one reason only. I’m sure you understand it when you know that your friend needs you,” Kris told the crowd.

She was referring to another Binay sibling, Anne, whom she called the very good friend who “listens to me when I’m heartbroken.” Also at the event was the Binay matriarch, former Makati Mayor Elenita Binay.

Anne, who has mostly stayed out of the public eye, has lately been spotted in Junjun’s rallies, as a show of support.

During his proclamation rally, she took an apparent swipe at Abby when she described herself as “more beautiful and kinder.”

The rift between Abby and Junjun first became apparent last year when he announced he was running for Makati mayor. During an election forum last month, the two argued heatedly in front of the audience, forcing their father to step in.