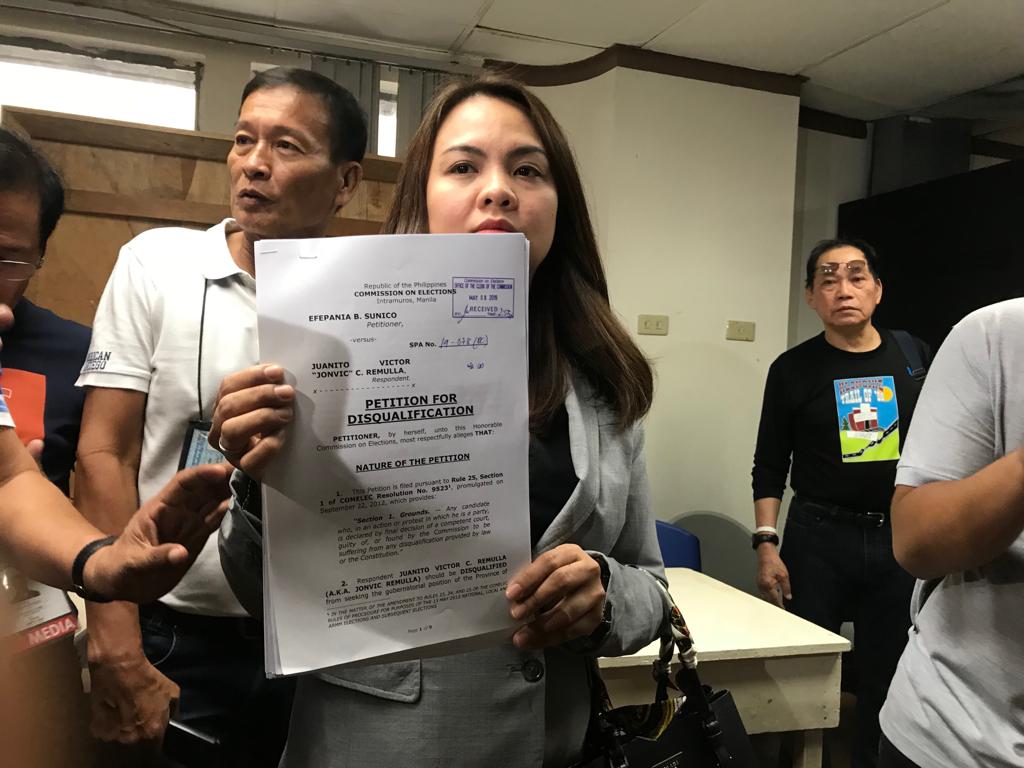 The disqualification case against the former Cavite governor was filed by a certain Efepania B. Sunico from Bacoor, Cavite.

Lawyer Mynoa Refazo-Sto. Domingo said that her client is not in any way connected to Remulla’s political rivals.

Refazo-Sto. Domingo said vote buying is a ground for disqualification under the Omnibus Election Code.

She also said that the petition to disqualify Remulla was filed pursuant to Section 1 of Comelec Resolution No. 9523 which states that a ground for disqualification is that “any candidate who, in an action or protest in which he is a party, is declared by final decision of a competent court, guilty of, or found by the Commission to the suffering from any disqualification provided by law or the Constitution.”

Refazo-Sto. Domingo also revealed that her client was one of those individuals who received money from the supporters of Remulla, but decided to use the money as evidence.

The Criminal Investigation and Detection Group (CIDG) recently arrested 10 individuals for suspected vote-buying in Barangay Zapote 5 in Bacoor, Cavite from the supporters of Remulla.

The CIDG reportedly found “bundles of small brown envelopes” that each contained P200, amounting to a total of P75,800.

In a text message to the Inquirer, Remulla denied the allegations and clarified that the money was actually transportation allowance for his watchers attending a training program.

READ: Remulla: Cash seized from supporters is for watchers’ training

Remulla also said that the vote buying issue was made by his rivals. /gsg