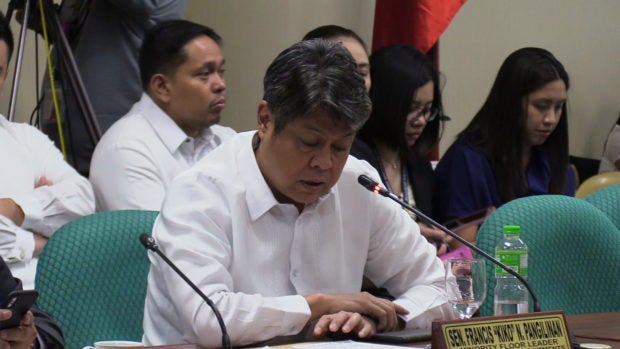 MANILA, Philippines — Senator Francis Pangilinan on Wednesday mourned the death of former Civil Service Commission (CSC) chairperson Karina David, whom he praised for being a “distinguished warrior for a better Philippines.”

“Our deepest condolences to the family of Ma’am Karina. We are saddened by her passing. Even as a student in UP (University of the Philippines), I already looked up to her as a brave, brilliant, and creative singer of the group Inang Laya,” he said in a statement.

During the time of former President Ferdinand Marcos’ dictatorship, David was the composer and guitarist of Inang Laya, a singing duo that rendered songs against social injustice, foreign intervention and violence against women.

Pangilinan said David, as part of Everywoman and Tindig Pilipinas, was with them in finalizing the senatorial slate of the opposition.

“A distinguished warrior for a better Philippines. She will be missed, not only by us, but also by a nation grateful for her selfless service,” Pangilinan said. /jpv