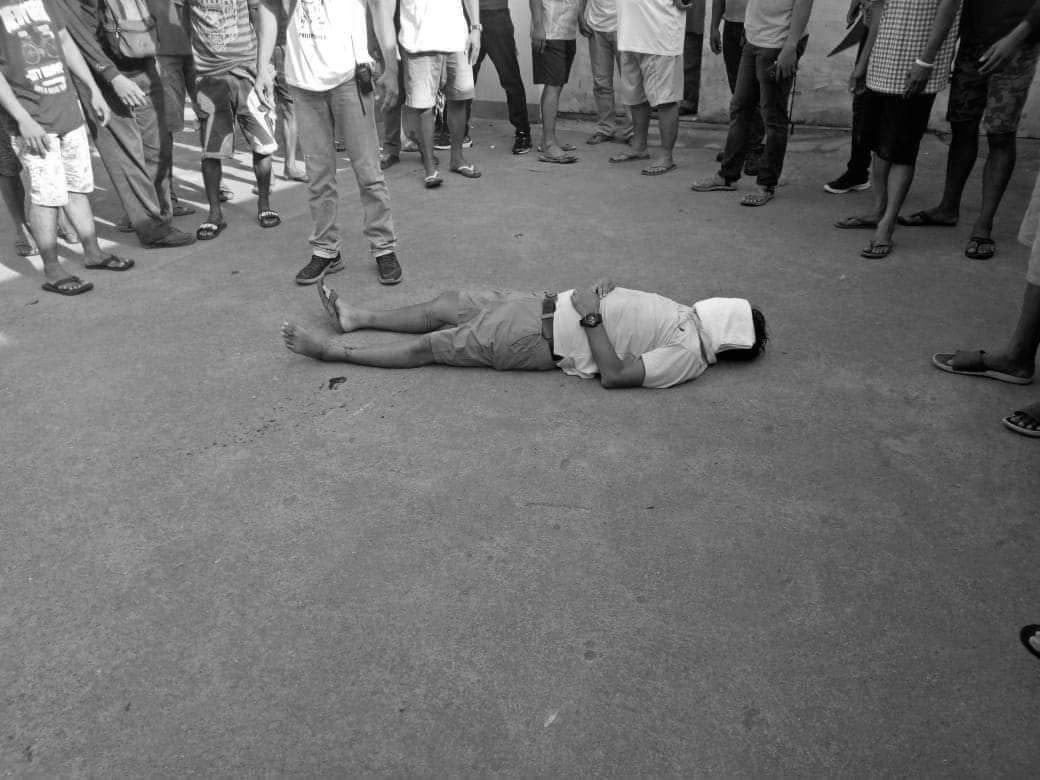 Levi “Bambam” Mabini, municipal administrator of San Isidro town in Leyte, lies on the ground after he was hit in the back when armed men fired at the house of Mayor Susan Ang on Wednesday morning. Robert Dejon / Inquirer Visayas

ORMOC CITY — The municipal administrator of San Isidro town in Leyte was killed after unidentified assailants strafed the house of Mayor Susan Ang in Barangay Capiñahan past 7:30 a.m. on Wednesday, May 8.

Levi Mabini, 44, a resident of Barangay Daja Diot in San Isidro, suffered gunshot wounds on his back and left foot.

Three other persons identified as a certain Rowena and Jhia Itang, sales ladies of a hardware store; and a certain Rolly, a mechanic, were also hit on their feet.

Bonite said the getaway vehicle immediately left the area after the incident.

The local police are conducting a hot pursuit operation to arrest the perpetrators. Robert Dejon