Province classified as an election hotspot, but incidents of violence, harassment ‘manageable,’ says Cordillera exec
Philippine Daily Inquirer / 05:20 AM May 08, 2019 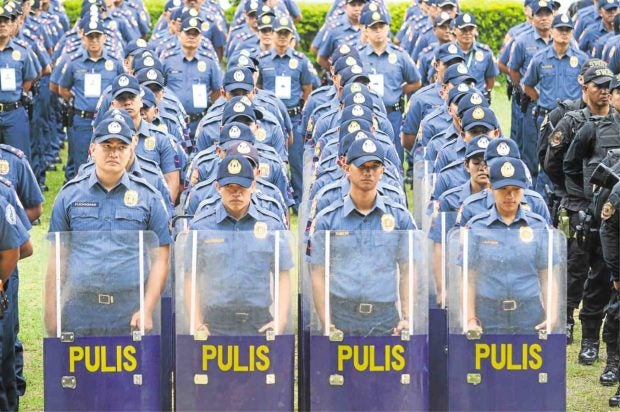 ELECTION ASSIGNMENT Cordillera policemen and soldiers are advised to remain nonpartisan as they secure polling precincts in the region during the May 13 elections. They gathered at Camp Dangwa in Benguet province on Monday for a briefing and ceremonial send-off. —KARLSTON LAPNITEN

BAGUIO CITY, BENGUET, Philippines — The Commission on Elections (Comelec) has not placed Abra province under its control for the May 13 midterm elections despite increasing reports of gun violence and harassment over the past few weeks.

“The decision is up to the [Comelec] en banc, but the situation is manageable. We are 100 percent prepared and we are just awaiting the execution of the elections,” said Maria Juana Valeza, Comelec regional director, during a briefing on Monday.

At least five cases of gun attack and three cases of explosion had been recorded in Abra a month before the elections.

The latest incident involved motorcycle-riding gunmen firing at the house of Rene Valera, assistant director of the Department of the Interior and Local Government’s Project Development Services, on May 6 in Pamutic village, Pidigan town. Valera’s wife, Ruby, is running for councilor.

Most of the people involved in the shooting incidents, however, were political leaders and supporters of candidates. Abra was removed from the list of election areas of concern during the 2013 midterm polls and the 2016 presidential elections, but was again classified as a hot spot during the 2018 barangay and Sangguniang Kabataan elections because of a grenade attack during a fiesta in La Paz town.

Abra has been classified a category “red” area, or an election hot spot with the highest degree of concern, for the May 13 polls. About 6,000 policemen would be deployed throughout the Cordillera and would be augmented by 1,700 soldiers, Dickson said.

He dismissed allegations that some policemen had been protecting candidates in Abra, in response to a May 2 complaint against the provincial office of the Criminal Investigation and Detection Group (CIDG), which was filed by Rep. Joseph Sto. Niño Bernos and his sister-in-law, Gov. Maria Jocelyn Valera Bernos. 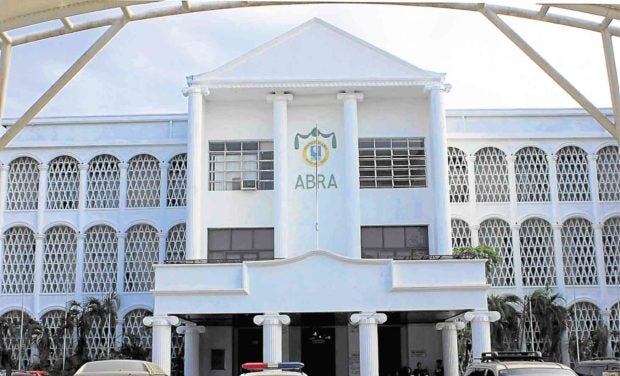 UNDER WATCH Abra province has a history of intense political rivalry and election violence. —EV ESPIRITU

The Bernoses, who are seeking reelection, asked the Comelec to order the police’s chief investigation unit to stop all operations until the elections because its head, Police Maj. Gen. Amador Corpus, is the husband of congressional candidate Victoria Seares Corpus. Victoria denied the accusation but also said members of the police had committed election offenses on behalf of Abra politicians whom she did not name, according to a May 6 post on her Facebook account.

To remove suspicions, Dickson said he had directed the CIDG Abra office to coordinate its operations and actions with the Abra police, which has primary jurisdiction over the province.

“The police have its mandate and function and will remain neutral [and] nonpartisan,” he said. —KARLSTON LAPNITEN