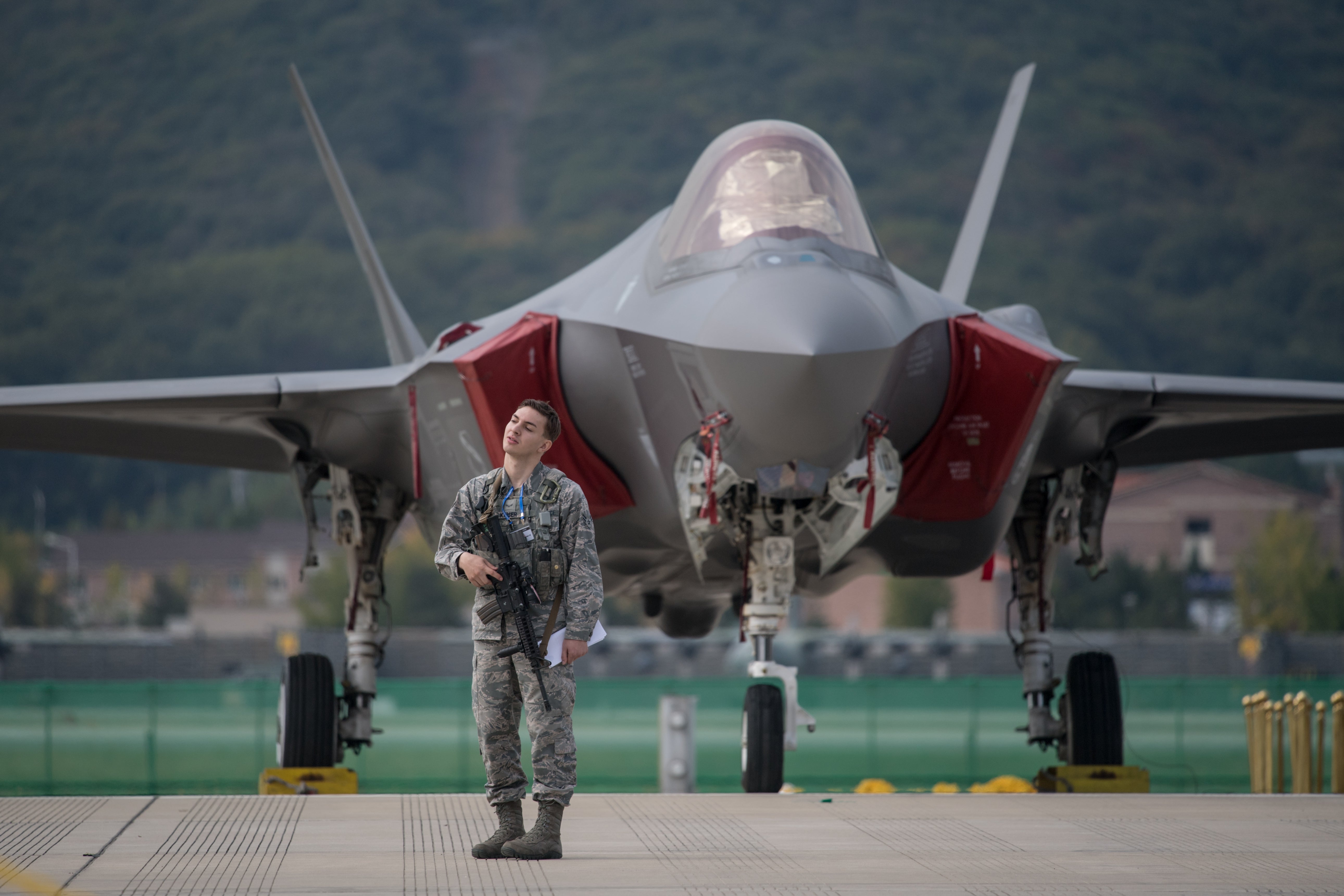 A US soldier guards a US F35 stealth aircraft at the Seoul International Aerospace and Defense Exhibition (ADEX) in Seongnam, south of Seoul, on October 16, 2017. (Photo by Ed JONES / AFP)

TOKYO — Japan said Tuesday it had recovered some debris from a stealth fighter jet that crashed in April, but was still looking for the “all-important” memory that could offer clues into the accident.

Nearly a month after the high-tech F-35A plummeted into the sea off the coast of northeastern Japan, neither the pilot’s body, nor the plane’s fuselage have been found, said Defense Minister Takeshi Iwaya.

Experts say Japan and the U.S. are keen to prevent debris from the plane being recovered by Russia or China, with Iwaya admitting last month there were “a significant amount of secrets that need to be protected” on board.

The fighter jet went missing on April 9 while flying 135 kilometers (85 miles) east of Misawa, northeastern Japan, on a training mission.

The plane lost contact about 30 minutes after taking off from Misawa Air Base with three other aircraft.

It was the first reported case of a crash by an F35-A, according to Japan’s Air Self-Defence Force.

U.S. and Japanese troops have used data from a Japanese seabed research ship along with a US-chartered special “diving support” vessel for deep-sea operations to pull up the newly discovered parts, Iwaya said.

Japan is deploying F35-As, each of which costs more than 10 billion yen ($90 million), to replace its ageing F-4 fighters.

They are a key part of Prime Minister Shinzo Abe’s efforts to upgrade the nation’s military capacity to meet changing power dynamics in East Asia, with China rapidly modernizing its military.  /muf