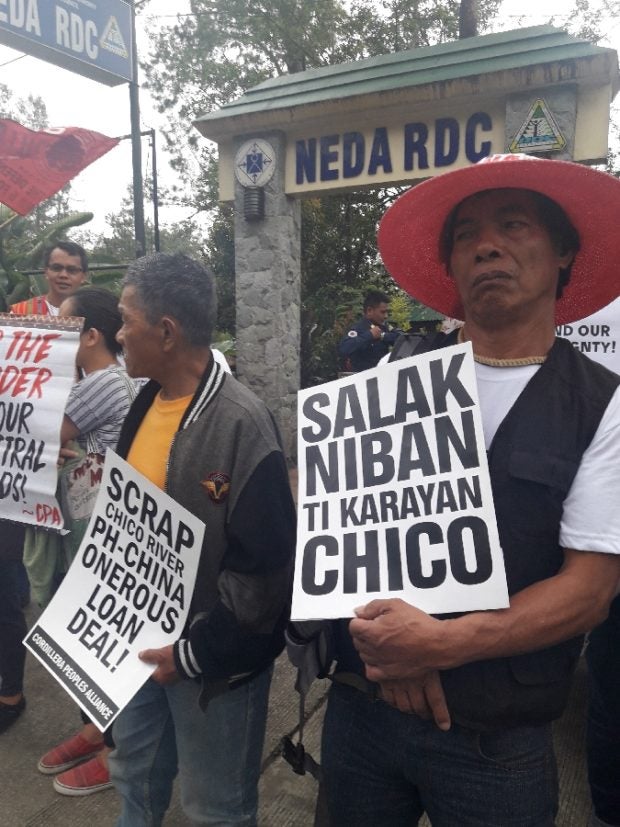 Cordillera elders call for the suspension of the Chico River Pump Irrigation Project due to alleged violations of indigenous peoples’ rights. Photo by Kimberlie Quitasol

BAGUIO CITY — Members of the Cordillera Peoples Alliance (CPA) on Tuesday picketed the National Economic and Development Authority (NEDA) Cordillera office to call for the suspension of the Chico River Pump Irrigation Project.

The groups gathered in front of the NEDA office while officials of regional government agencies met to discuss the free prior and informed consent (FPIC) of the project.

More than 7,500 hectares of rice farms in the towns of Tuao and Piat in Cagayan province, and 1,170 ha in Pinukpuk, Kalinga province were expected to benefit from the irrigation project, according to the National Irrigation Administration.

The protesters alleged that the proponents of the P4.37-billion project violated the indigenous peoples’ rights.

Windel Bolinget, the chairperson of CPA, said the National Commission on Indigenous People should have immediately stopped the construction because the FPIC process had yet to be completed.

Bolinget said the China loan that funds the project is “anomalous and has violated the constitution” and should be junked.

“Are the people aware that the Chico Pump Irrigation is funded by an onerous loan from China [and] is being constructed by a Chinese contractor and by Chinese workers?” asked Sarah Dekdeken, CPA secretary-general.

Joan Ngayaan, a native of Kalinga, said farmers need irrigation but it should not be funded by a loan that would burden the Filipino people.

Ngayaan is the daughter of Ama Daniel Ngayaan, a CPA leader who was abducted and disappeared for leading the opposition against the Chico dams project under the Marcos government in the late 1970s. 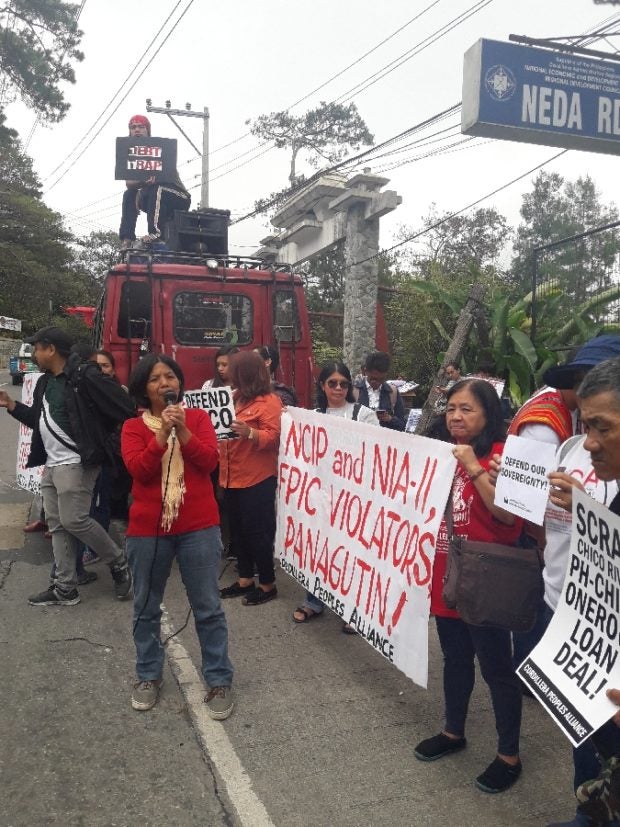 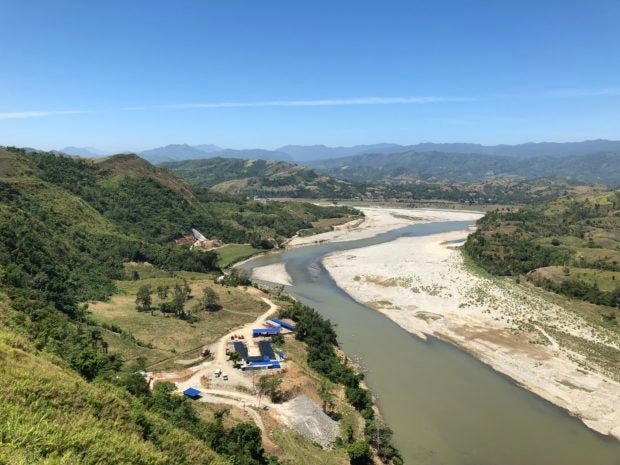 The site of the Chico River Pump Project in Kalinga Province. More than 7,500 hectares of rice farms in the towns of Tuao and Piat in Cagayan province, and 1,170 ha in Pinukpuk, Kalinga province are expected to benefit from the project, according to the National Irrigation Administration. Photo from Cordillera Peoples Alliance