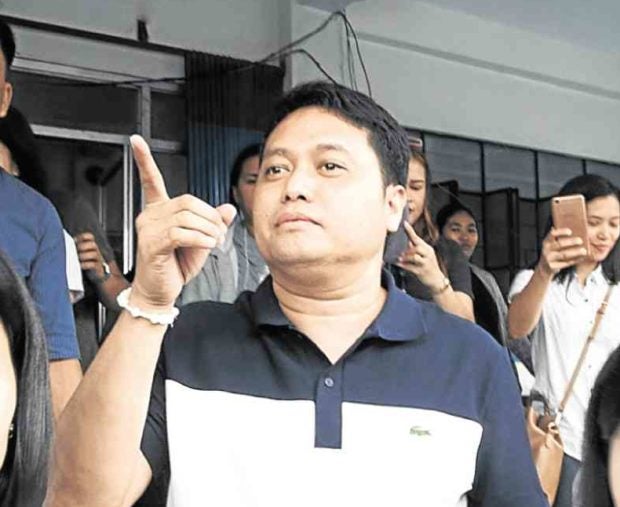 LEGAZPI CITY — With the impending arrest of Daraga Mayor Carlwyn Baldo for double murder and six counts of attempted murder charges, Vice Mayor Victor Perete would have to assume the mayoral post under the Local Government Code, an official of the Department of Interior and Local Government (DILG) in Bicol said on Tuesday.

Following the rule of succession, Anthony Nuyda, director of DILG in Bicol, said that “we are giving four days for Mayor Baldo to appear and heed to the court order.”

On Monday, police tried to arrest Baldo in his residence in Barangay Tagas in Daraga, Albay, but the mayor was not home.

Nuyda said that upon consultation with law enforcers and the Commission on Elections (Comelec), if Baldo failed to surrender to authorities in the given deadline or once he gets arrested, Perete would automatically assume as acting town mayor to avoid any “vacuum or hiatus” in the town’s government operations.

Batocabe was supposed to run against Baldo as mayor of Daraga, along with Perete.

Baldo’s camp has sent surrender feelers to the town police.

Lovensky Fernandez, one of Baldo’s lawyers, said they would also issue an official statement.