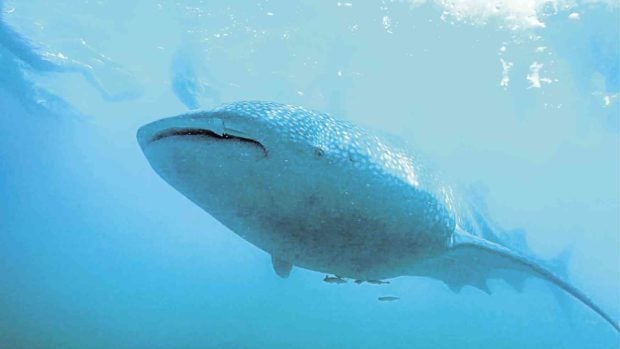 GENTLE GIANT More whale sharks are seen in the waters off Donsol, Sorsogon province, as the local government anticipates an influx of tourists who want to see pods of these gentle giants, known locally as “butanding.” —PHOTO COURTESY OF WORLD WILDLIFE FUND PHILIPPINES

DONSOL, SORSOGON, Philippines — For Isabelle Tessier and her boyfriend, Alexandre Bergeron, who came all the way from Canada, their recent visit to Donsol town in Sorsogon province was more than worth the travel expense.

They were supposed to stay in this town for only two days, expecting to see a few whale sharks (Rhincodon typus), Donsol’s major tourist draw, but they were in for a treat when they saw four of the largest fish species on their first day and then eight on their second. That prompted them to cancel their hotel reservation in Legazpi City and stay for two more days.

On their third day, they saw 12 whale sharks, locally known as “butanding.”

The Donsol field office of World Wildlife Fund (WWF) Philippines recorded 87 whale sharks in the town’s waters since January, 56 of which were “resighted” whale sharks (meaning they had been identified and documented through photographs) while 31 were new individuals.

That number is already twice as many as the sightings in 2018, when 46 whale sharks were documented for the entire year.

WWF identifies sighted whale sharks through photographs, which has been practice in Donsol since 2007. Photo identification is a catalogue method that recognizes the patterns behind the gills of whale sharks and other marks, like scars. 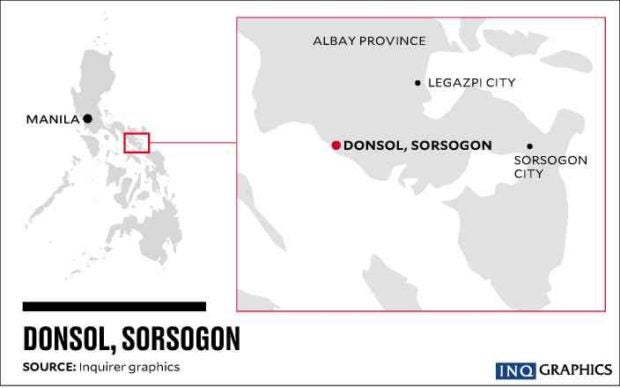 According to Desiree Abitria, Donsol tourism officer, April and May are the peak months for whale shark interaction in the town.

“Unlike last year, tourist arrival this season is better … sightings have been high almost every day since February,” she said.

According to WWF, the increase in the number of whale sharks in Donsol this season can be attributed to the rains during the last quarter of 2018.

Planktons are the main food sources for whale sharks.