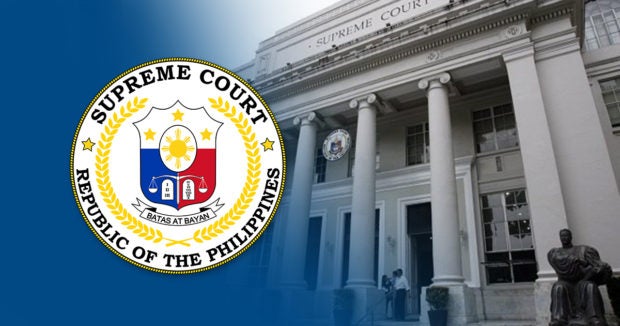 MANILA, Philippines —More groups have now sought the Supreme Court’s protection from the alleged harassment and Red-tagging by the military.

Aside from Karapatan, other petitioners are members of the Rural Missionaries of the Philippines (RMP), and the General Assembly of Women for Reforms, Integrity, Equality, Leadership and Action, Inc. (Gabriela).

In their 45-page petition, they said their rights to life, liberty and security have been violated.

“Petitioners, who are legitimate organizations, recognized both here and abroad, including their officers and members, have become open targets of human rights violations. The glaringly numerous incidents of threats, harassment, and killings are aimed at curtailing their rights to freely exercise their advocacies,” they stated.

They told the high court that in previous speeches of the President, he “vilified” Karapatan for a total of six times.

“He practically declared an open season against Karapatan’s officers and members by threatening to go after the organization, which he alleged to be a ‘legal front’ of the CPP (Communist Party of the Philippines) and the NPA (New People’s Army),” they lamented.

Members of RMP and its missionaries have also been subjected to the same Red-baiting tactics and political persecution, they said.

“Ludicrous criminal charges filed against petitioners’ members have locked some of them up in jail and have even thrown one of its foreign missionaries out of the country. Worse, one of its members became a victim of extrajudicial killings,” the petitioners cited the experiences of the RMP.

The same goes to members of Gabriela, some of which have been slapped with “malicious and baseless” trumped-up charges, became targets of continuous harassments and other human rights violations; and heavy surveillance.

“Human rights advocacy is not a crime, yet human rights workers are being killed, threatened, harassed, and jailed on trumped-up charges. We have never taken all these attacks sitting down, as we continue to work to confront this perilous political climate with all available remedies,” they added.

Earlier, the National Union of Peoples’ Lawyers (NUPL) also sought the same protection from the Supreme Court. The Court already issued the writs and ordered the government to comment on the harassment and red-tagging allegations.

The Supreme Court also ordered the Court of Appeals to conduct a hearing and immediately resolve the matter./ac

Read Next
PNP to validate identity of man who claimed to be ‘Bikoy’
EDITORS' PICK
DTI: Demand for online entertainment increases due to pandemic
Manila, Beijing top diplomats agree ‘to manage issues’ on South China Sea
Water remains our saving grace right now
How Filipinos are embracing digital technology amid the coronavirus pandemic
DOH: PH flattened its COVID-19 curve since April
Win the Samsung Galaxy S20+ BTS Edition at the Smart K-Quiz Night on July 18
MOST READ
Palace says ABS-CBN virus aid drive lacking: Why didn’t you do more like the Ayalas, MVP?
Villafuerte: Critics ’mistakenly praising’ 11 solons who supported ABS-CBN’s franchise bid
DOH: PH flattened its COVID-19 curve since April
Drilon ready to defend anti-terror law: ‘I can face anyone’
Don't miss out on the latest news and information.