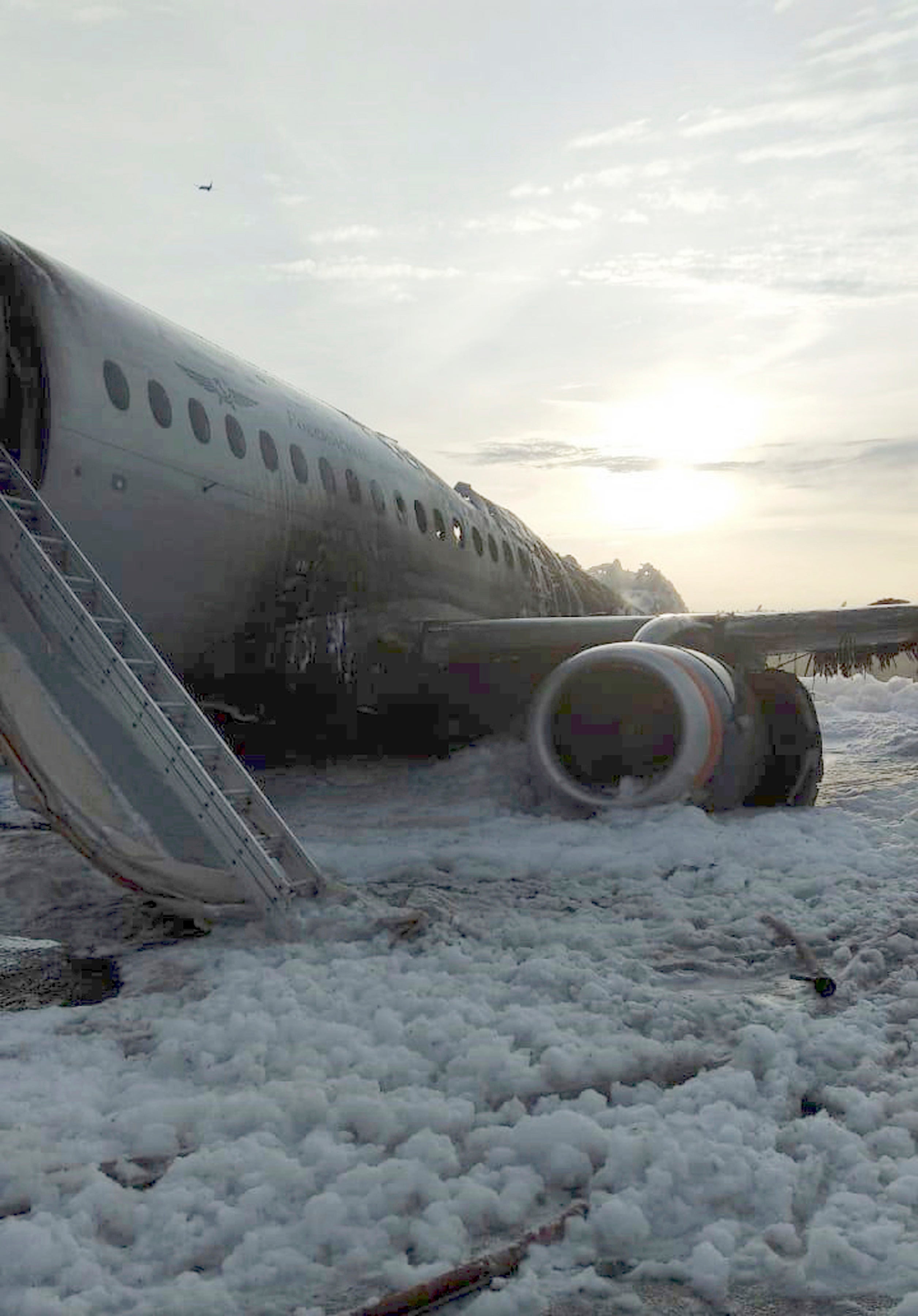 The Sukhoi Superjet 100 aircraft of Aeroflot Airlines is covered in fire retardant foam after an emergency landing in Sheremetyevo airport in Moscow, Russia, Sunday, May 5, 2019. Over a dozen people died Sunday in a fiery airplane accident at Moscow’s Sheremetyevo Airport, a spokeswoman for the Russian Investigative Committee said. (Moscow News Agency photo via AP)

MOSCOW — Russia’s transportation minister said 41 bodies have been recovered from the burned wreckage of an Aeroflot plane at Moscow’s Sheremetyevo Airport.

Minister Yevgeny Dietrich also told reporters in a Monday briefing that six people who survived the disaster Sunday night have been hospitalized.

The plane, a Sukhoi SSJ100, caught fire while making an emergency landing at the airport, after turning back on a flight to Murmansk for unspecified reasons.

Russia’s Investigative Committee said the flight recorders from the plane have been recovered and that investigators are looking into inexperienced pilots, equipment failure, and bad weather as possible causes for the disaster.

Video on Russian TV showed the plane’s underside bursting into flames and spewing black smoke after making a hard landing Sunday night. Those who escaped leapt out of the plane down inflatable emergency slides and ran across the tarmac.

Storms were passing through the Moscow area as when the Aeroflot SSJ100 regional jet caught fire during the emergency landing. /kga