CALAMBA CITY, Philippines — Administration-backed senatorial candidate Christopher Lawrence “Bong” Go once again stripped his shirt off to reveal his tattoo-less back to the public.

He went shirtless to belie the claim of “Bikoy,” later identified as Peter Joemel Advincula, that Go has a dragon tattoo on his back, which indicates that he is a member of a drug syndicate.

Advincula furthered claimed that he was able to scan Go’s tattoo as he was also a member of the drug syndicate.

“Meron o wala?” Go asked as he took off his shirt in front of the media at a press conference here.

Among those present at the event was Senate President Vicente “Tito” Sotto III and reelectionist senators Bam Aquino, Nancy Binay, and Sonny Angara. 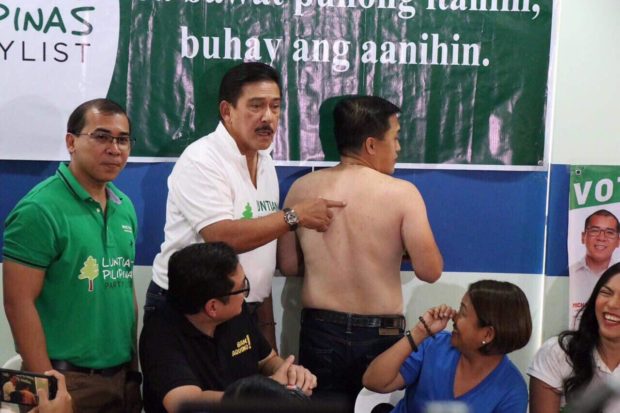