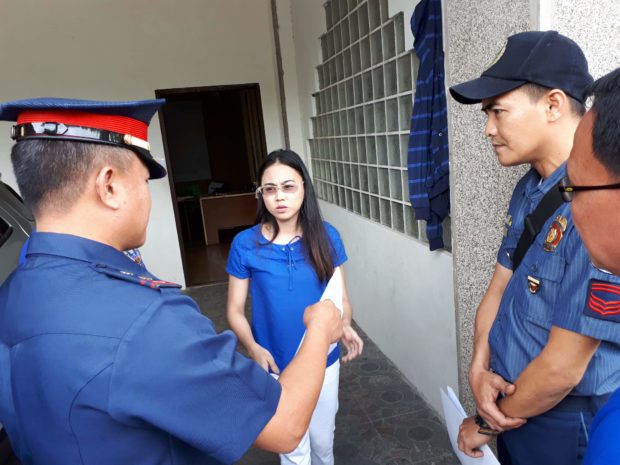 Policemen serve the arrest warrant for Daraga Mayor Carlwyn Baldo in his home in Barangay Tagas in Daraga, Albay on May 06, 2019, but he was not home, according to his wife, Romela (center). PHOTO by Michael B. Jaucian/Inquirer Southern Luzon

DARAGA, Philippines — Police tried to arrest Daraga mayor Carlwyn Baldo for murder charges at his residence in Tagas village here on Monday, but the town’s chief executive was not home.

However, the police were not able to apprehend Baldo after his wife Romela told them that she had “no idea where her husband was.”

“Maybe he is in [the] campaign sorties,” she told the police.

Betita said they won’t stop until Baldo, who is seeking reelection in the upcoming midterm polls, is arrested.

Romela believes that the release of the arrest warrant is politically motivated, especially since election is a week away.

“I truly believe, you know, ultimately God is in control,” she said.

Batocabe was running against Baldo in the Daraga mayoral race when he was killed. His widow Gertrudes is now running for mayor in Daraga. /ee