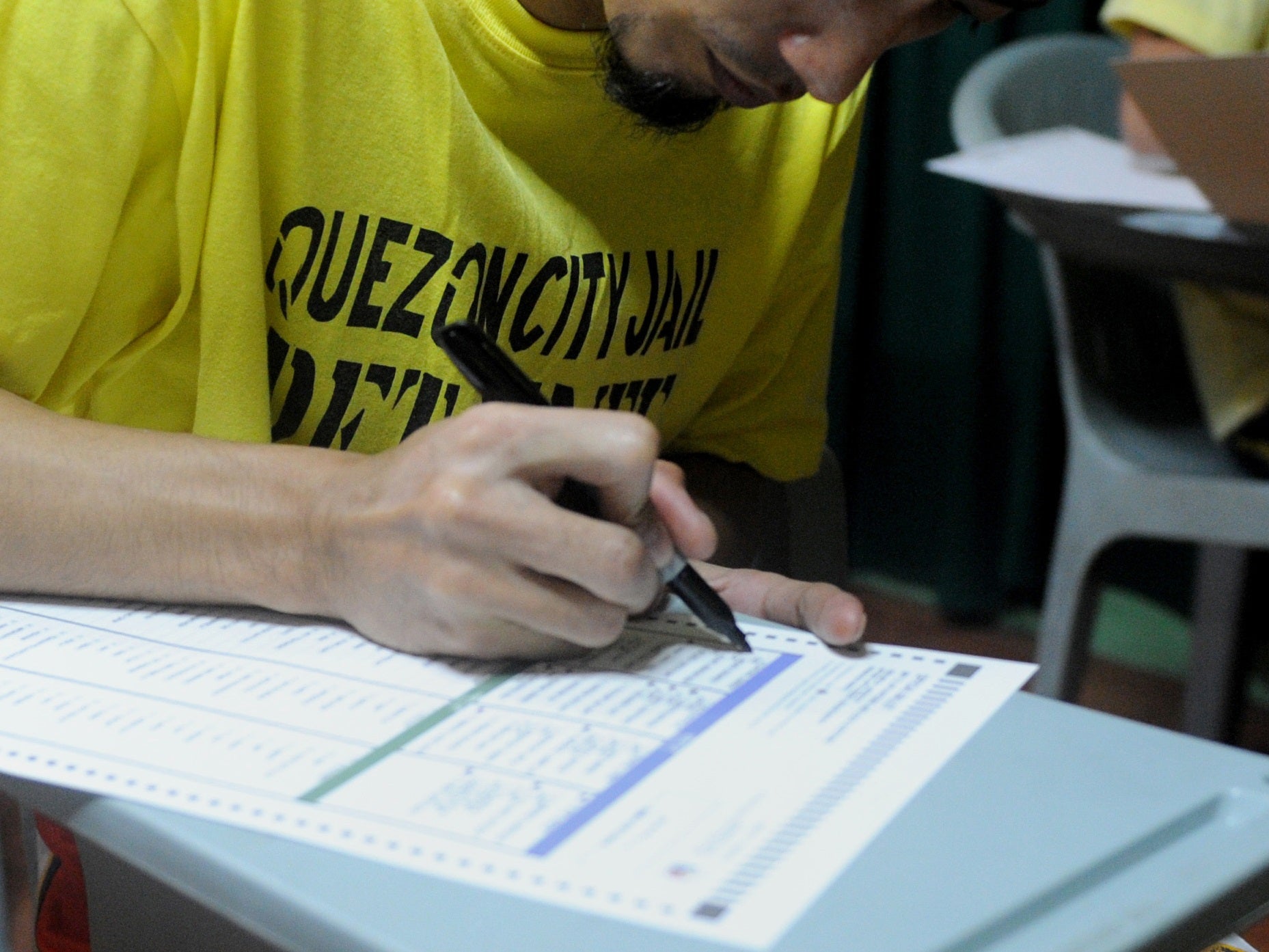 Inmates at the Quezon City jail cast their votes in mid-term elections in Manila on May 13, 2013. An election lawyer who is seeking a Senate seat has warned that the May 13 elections may be postponed if the Comelec fails to fix problems related to faulty marking pens. AFP FILE

MANILA, Philippines — An election lawyer who is seeking a Senate seat has warned that the May 13 elections may be postponed if the Commission on Election (Comelec) fails to fix problems related to faulty marking pens.

Otso Diretso bet Romulo Macalintal said Monday that even if Comelec replaced the bleeding pens, delayed delivery might still lead to a wide-scale suspension of elections.

“Since this problem affects the entire 85,000 clustered precincts all over the country, we can just imagine the magnitude and extent of this problem if these pens are not delivered on or before the election,” Macalintal said in a statement.

Last Friday, Comelec assured the public that they were ready to respond to any “last-minute hiccups,” saying that they were still in the timeframe of election preparation amid issues with the pens, which were having blotting problems.

READ: Comelec ready to respond to ‘last-minute’ hiccups for May 13 polls

According to Macalintal, each clustered precinct needs at least seven pens, or 595,000 for all precincts nationwide.  But these should not be delivered just before Election Day, as the final testing and sealing of vote counting machines will start on Tuesday.

Aside from these issues, he also urged the poll-governing body to check whether the paper is the cause for blotting, which may also cause a suspension of elections.

“The Comelec should also make sure that the paper used in printing the ballots passed the quality-control standards otherwise if it turns out that the “bleeding” is caused by the quality of the paper used, then there is the danger of having our election postponed until such time that these matters are fully resolved,” he noted.

And in the event that polls are postponed in some areas, Macalintal claims that the situation will give an advantage to candidates with bigger funds, as they can campaign in these localities to earn more votes.