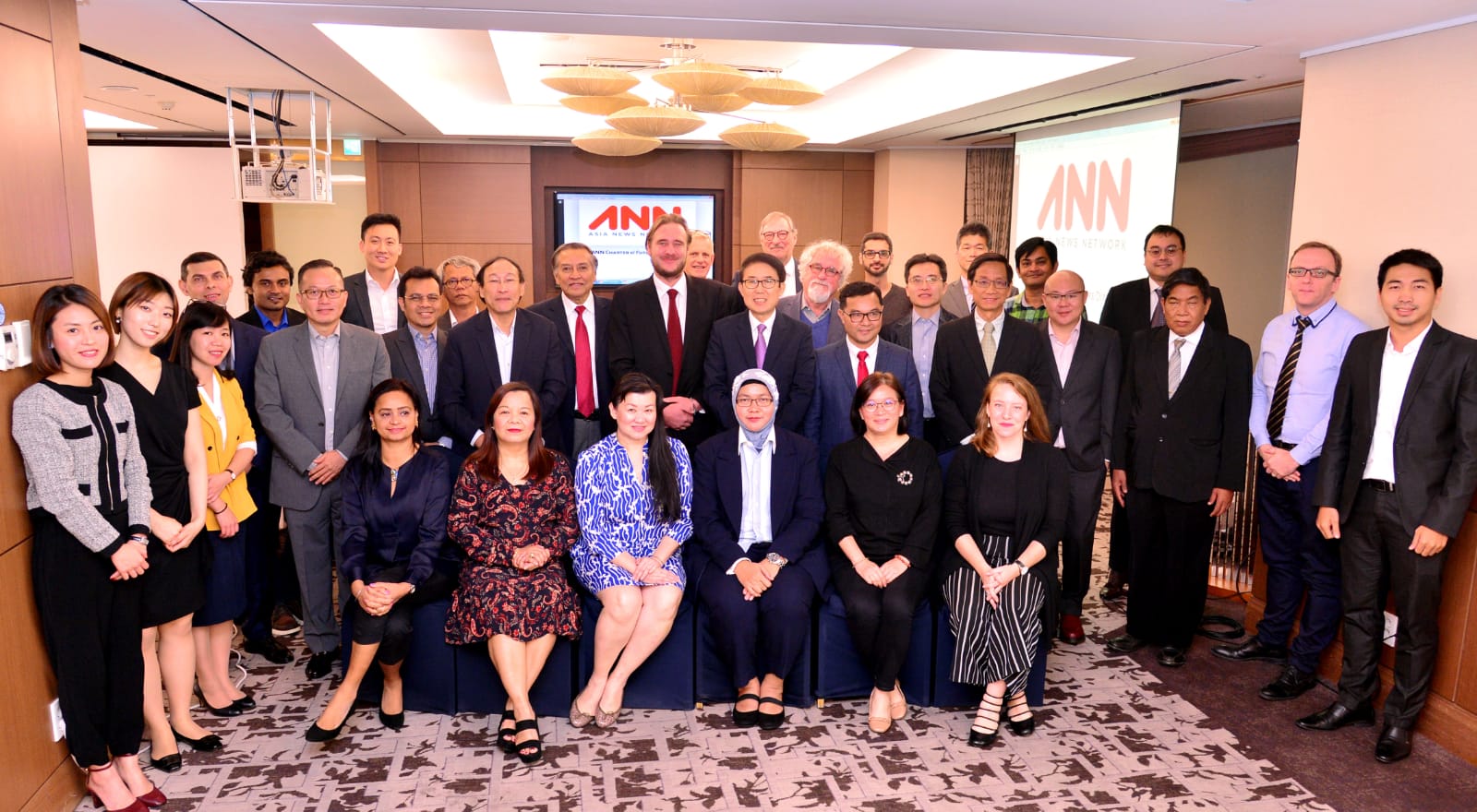 SEOUL — In 1999, seven editors waiting for a delayed flight after attending a media conference in Manila decided to put together a network of Asian newspapers to cover Asia through Asian eyes.

In a meeting in this city from April 24 to 27 to mark the network’s 20th year, ANN board members adopted a new vision for the group: “Bringing Asia closer.”

To pursue it, the group vows to work across platforms “to deliver news and information, promote free and responsible media, bring Asia closer together and tell the story of the Asian century to the world.” 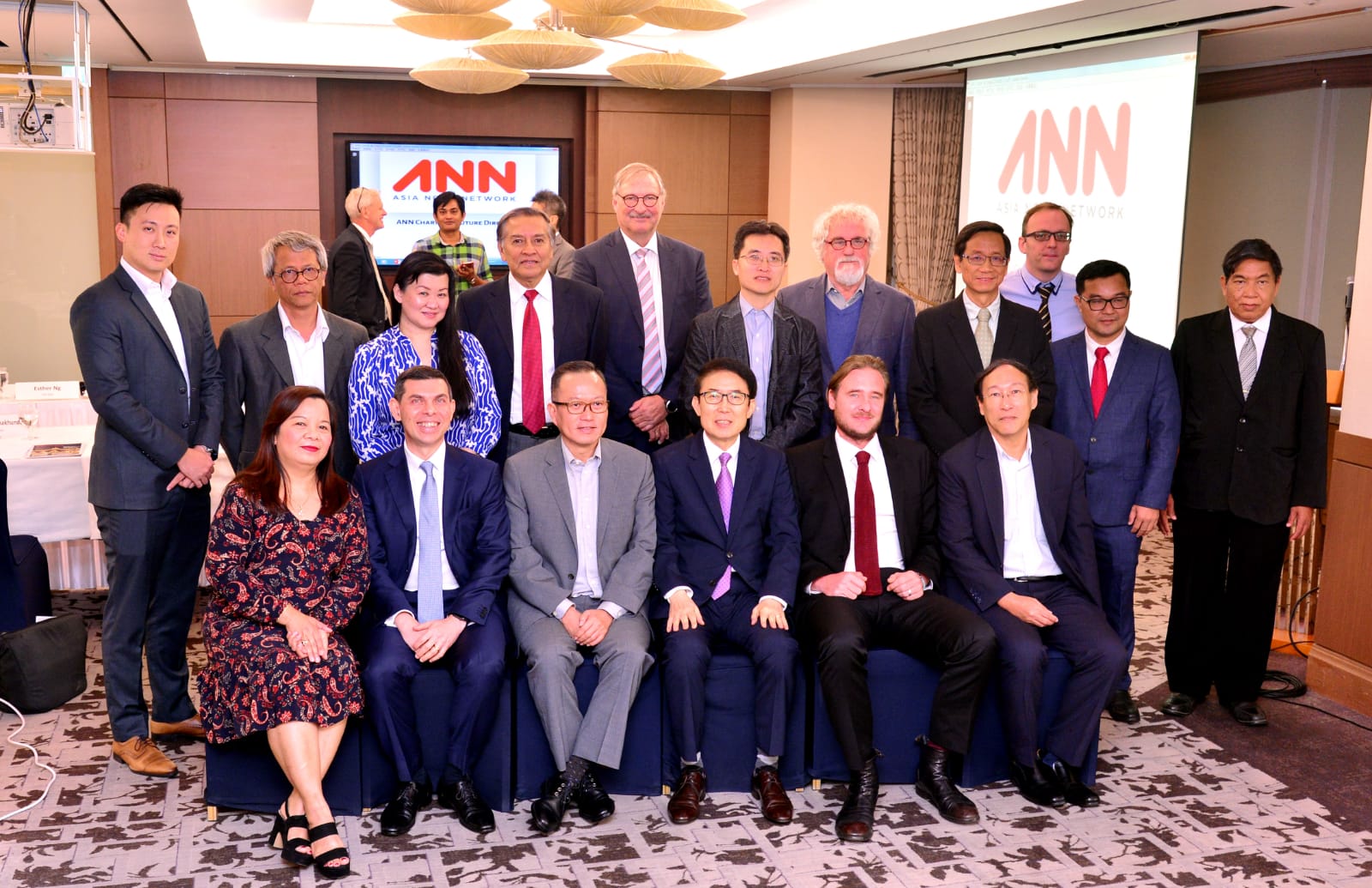 As an Asian network, the ANN exchanges news reports, analyses, photos and other information on a daily basis with other members, holds training for journalists and collaborates on other regional projects.

At the gala dinner commemorating the ANN anniversary at the Lotte Hotel, Pana Janviroj, ANN executive director and editor of Thailand’s The Nation, recalled how the network began with seven editors who had just attended the first Asian-German Editors Forum organized by the Konrad Adenauer Foundation in Manila in 1999.

Noting how reports about Asia came from foreign wire services, the group decided to form a network of newspapers to improve the coverage of Asian affairs by the Asian media. 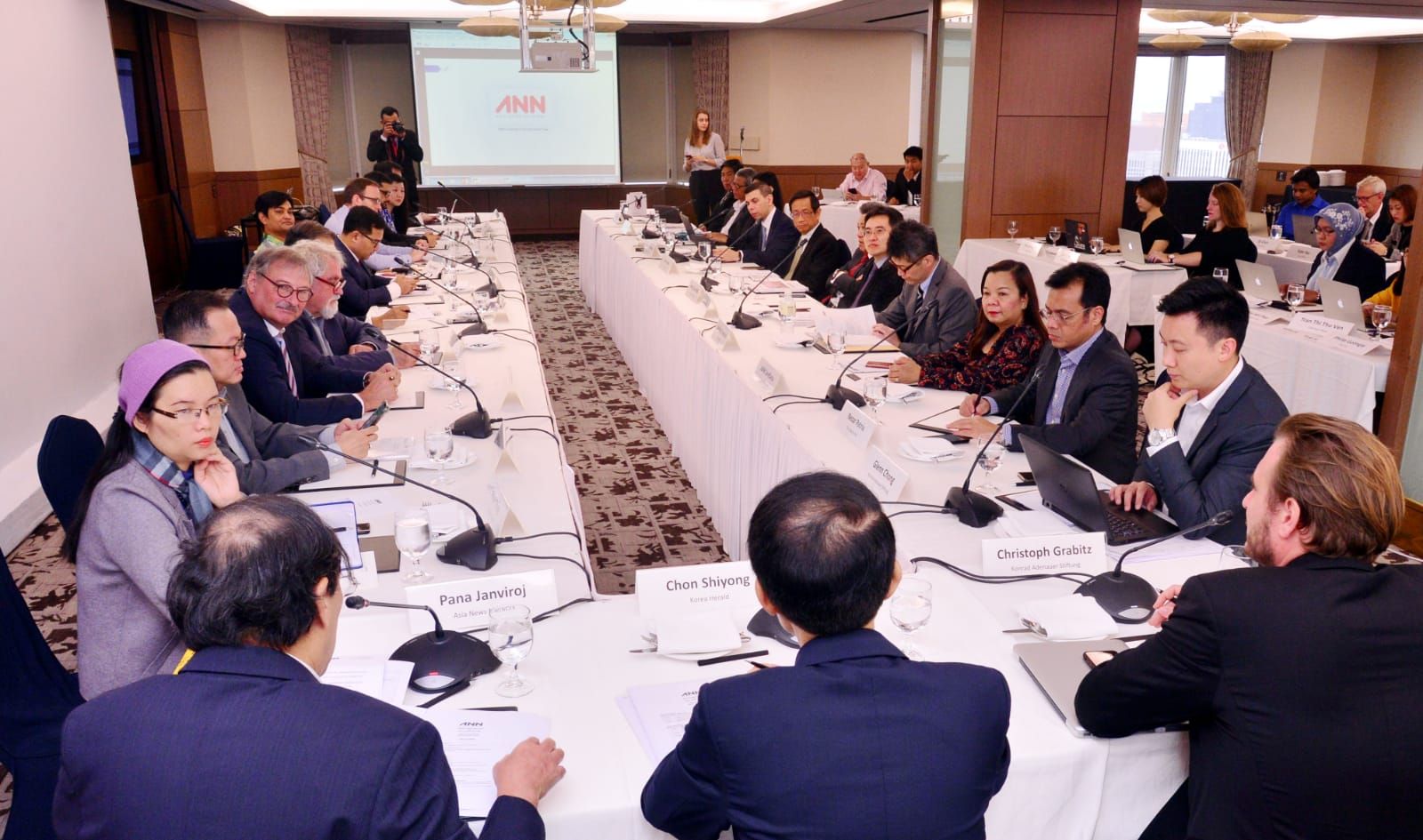 In the ANN executive board meeting, chair Chon Shi-yong, chief editorial writer of The Korea Herald, paid tribute to the group’s two decades of shining a light on Asia through reports shared across boundaries and platforms. 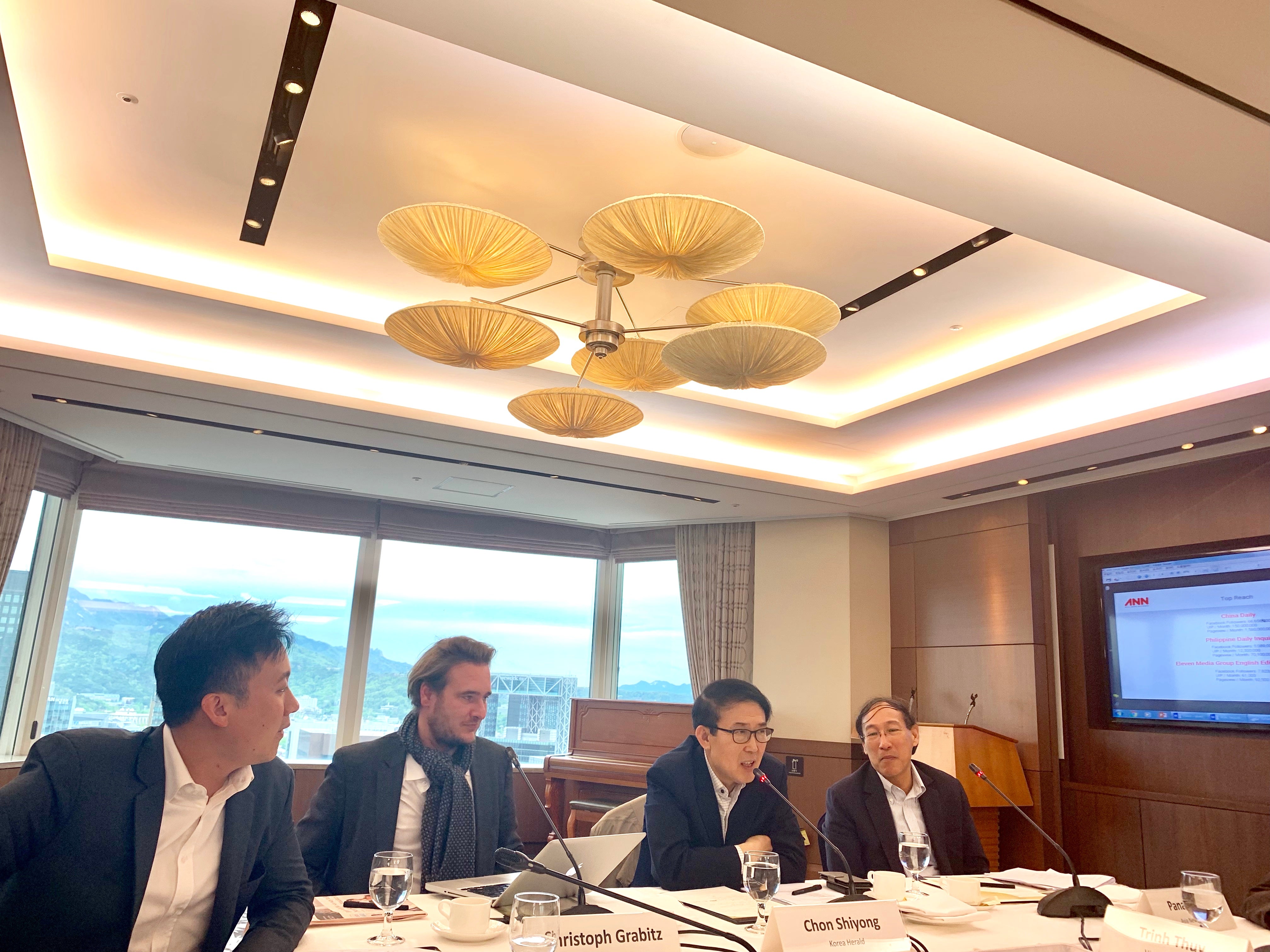 ANN Chair Chon Shi-yong (3rd from left) presides at the executive board meeting with Glenn Chong, Christoph Grabitz and Pana Janviroj at the two-day meeting held at the Lotte Hotel Seoul. JULIET JAVELLANA

Pana agreed. “That we have remained together in unity is unique among self-regulated associations/alliances in Asia. It is down to ‘trust’ as professional journalists who are working with the common goal of keeping our readers/viewers well-informed with credible news coverage and opinion,” he said.

Despite the diversity of its members, the ANN board voted to include promotion of press freedom in its vision, with Pana suggesting that “Maybe we should be more robust in this area in the future.” 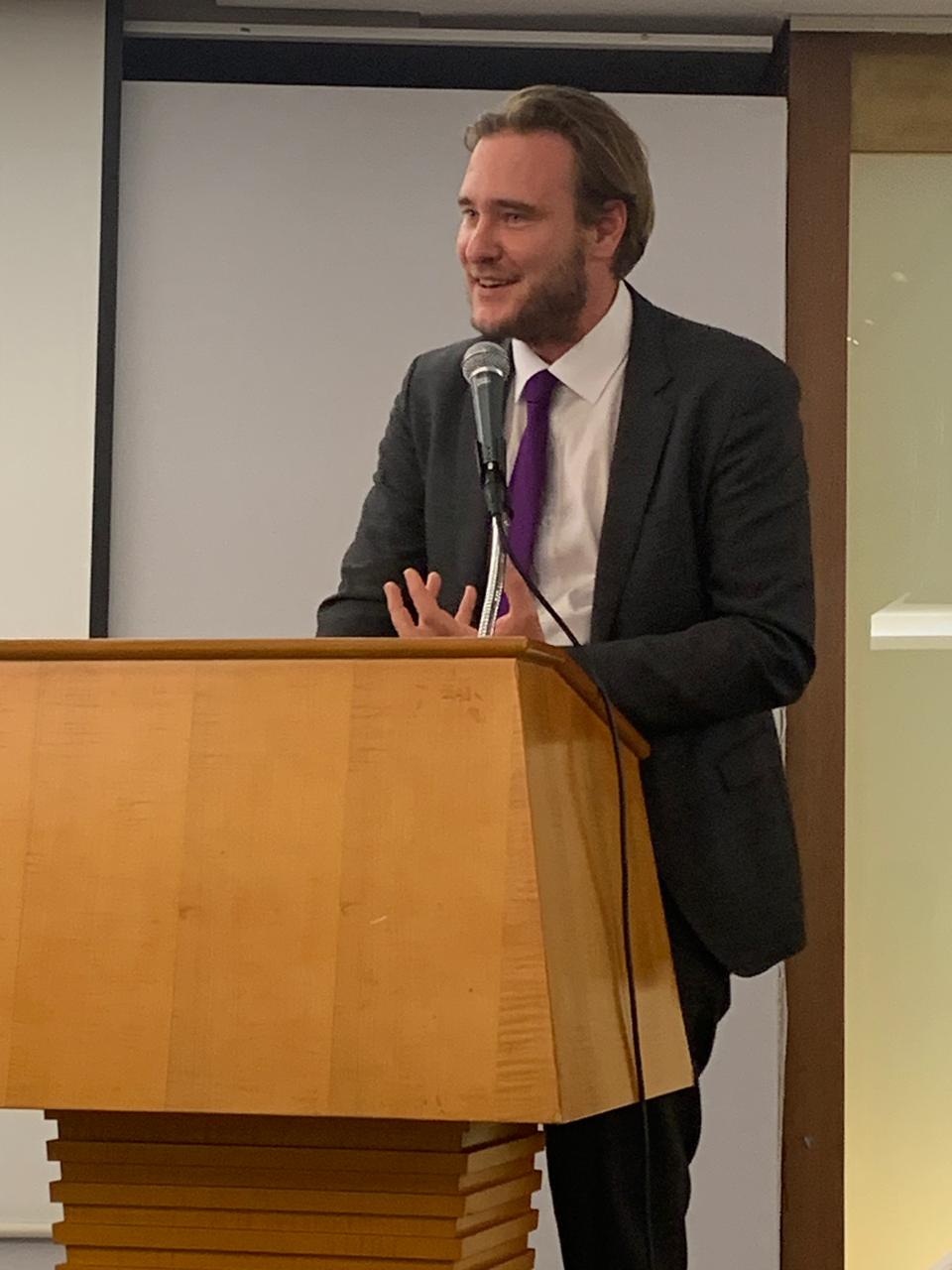 Christoph Grabitz, director of the Konrad Adenaeur Stiftung Media Programme Asia, addresses the ANN members during the gala dinner held at the Lotte Hotel Seoul in commemoration of the ANN’s 20th anniversary last April 26. The KAS is the ANN’s sponsor since the network was established in 1999. JULIET JAVELLANA

“The Inquirer has always been an active member [of the ANN] as the Philippines is endowed with freedom of expression—a value that Filipinos worked tirelessly for [though it proved] costly to win,” he added.

Pana also acknowledged the constant support of Konrad Adenauer Stiftung (KAS), the foundation established in honor of Konrad Adenauer, the first chancellor of the Federal Republic of Germany, for taking a “neutral and independent view [and] acting like a referee to 24 media organizations.”

Christoph Grabitz, director of ANN lone sponsor, the KAS Media Programme Asia, responded that KAS has been investing in press freedom all over the world “because we live in a global village,” where press freedom is vital for democracy.

“It is not self-evident that a network such as the ANN will survive 20 years” in a region rife with conflict, Grabitz said, adding that he hopes ANN  would “carry on surviving for many [more] years to come.”

A highlight of the four-day event was the April 25 courtesy call on South Korea President Moon Jae-in at the Presidential Blue House, Moon’s first meeting with the international media, according to the Presidential Information Office.

At the end of the board meeting, the ANN members elected Warren Fernandez, editor in chief of The Straits Times of Singapore to be this year’s ANN chair as the paper celebrates its 175th anniversary in July.