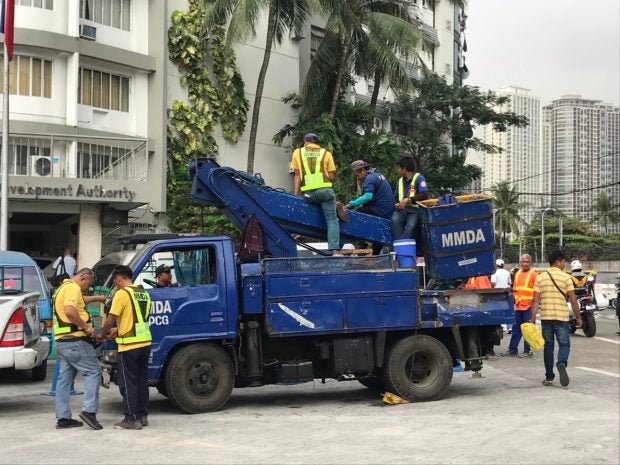 MMDA personnel prepare for deployment for the Comelec’s Operation Baklas on Thursday, Feb. 28, 2019, to remove illegal campaign posters and other materials in Metro Manila. (Photo by DAPHNE GALVEZ/ INQUIRER.net)

MANILA, Philippines — Over 240,000 illegal campaign materials have been torn down nationwide, according to the Philippine National Police (PNP).

After 12,616 operations nationwide, 245,716 posters and other campaign materials were removed.

Following are the number of illegal campaign materials removed in other areas:

The PNP said illegal campaign materials continue to put up in places not allowed by Commission on Elections.

“Thus, we urge and call upon all supporters of candidates to obey the Comelec rules on proper placement of campaign posters and materials to maintain discipline and order in public places,” the PNP said in a statement issued on Saturday.

Posters should not be bigger than the prescribed measurement of 2’ x 3’ and should only be displayed in common poster areas.

Common areas are in and around public markets and parks.