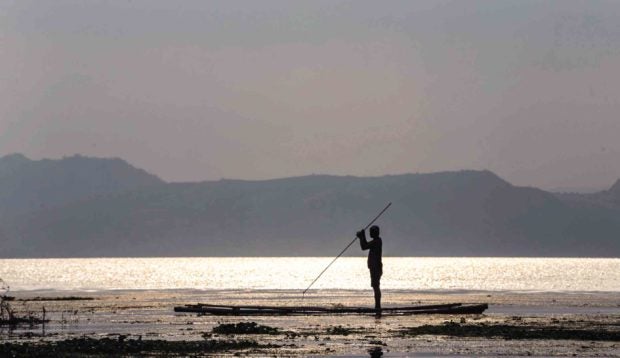 SAN PEDRO CITY — A sea snake seen only in Taal Lake may find itself treading the path to extinction, like the “tawilis,” unless actions are taken to address its dwindling population, conservationists said.

Since 2009, the “duhol matapang” (Hydrophis semperi), which is endemic to Taal Lake in Batangas province, has been categorized as “vulnerable” in the International Union for Conservation of Nature (IUCN) Red List of Threatened Species.

Sightings of this species of sea snake have become rare except for a few instances when they are caught in fishermen’s nets. In December last year, a group of herpetologists from Guam and Saipan explored the lake and found only one duhol matapang, about 20 meters from the shore, in a two-day visit and diving expedition.

Duhol basahan is not endemic to Taal Lake and can also be found in Australia and Southeast Asia. Its population remains “stable,” according to the IUCN.

Distinctly black with white to yellow bands on its body, duhol matapang has an average snout-vent length of 500 to 750 millimeters. It is described as piscivorous (feeds on fish) and venomous.

“They said there was a fisherman who was drunk at the time and intentionally got himself bitten by the duhol matapang. He died,” said Jord Earving Gadingan, project leader of the Pusod Taal Lake Conservation Center.

The story circulated just last month and it was the most recent “attack” by duhol matapang that was heard by locals.

Whether true or not, stories like this fuel public scare of duhol matapang or snakes in general, Gadingan said.

He said lakeshore residents commonly react by killing duhol matapang when they come across one. People also find no “economic value” with duhol matapang, unlike tawilis (Sardinella tawilis) and other cultured fish in the lake.

Aside from human threats, Gadingan said water pollution and aquaculture over several decades had put duhol matapang at risk. 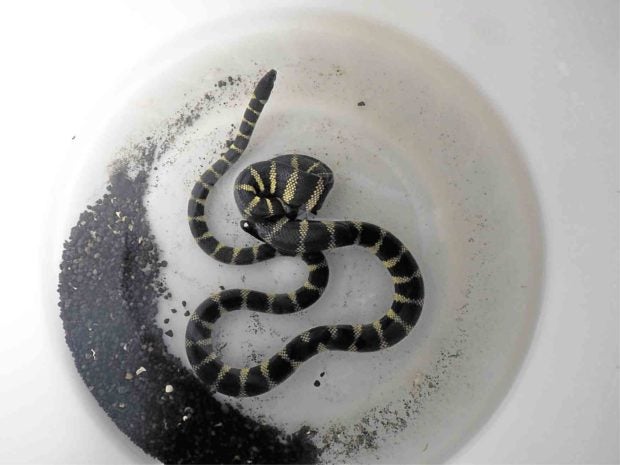 These were the same threats seen when the IUCN in January classified tawilis’ conservation status from “vulnerable” to “endangered.”

In a summit that discussed conservation efforts for tawilis in February, government agencies and the academe began to talk again about duhol matapang, whose presence in the lake could be traced as far back as the 18th century when a major eruption of Taal volcano sealed off the 242-square-kilometer lake from the sea.

Gadingan, citing records from the conservation center, said there were only five scientific studies done on duhol matapang from 1881 to the most recent, around 2000s, by Dr. Vhon Garcia.

“What’s dangerous is (duhol matapang) can be, unknowingly, at a higher risk than the tawilis. It may be gone before we know it,” he said.