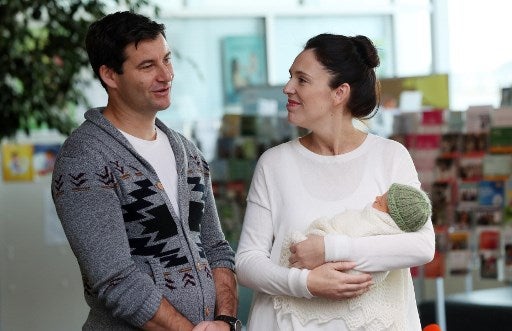 A spokesman for Ardern and Gayford said the couple, who have a baby daughter Neve, agreed to tie the knot over the Easter break.

He could not reveal whether a date for the prime ministerial nuptials had been set or who had proposed to whom.

“I can’t say anything about it other than they are engaged and it happened over Easter,” the spokesman told AFP.

Ardern, 38, had Neve last June, becoming only the second prime minister in the world to give birth while in office and later taking the infant onto the floor of the UN Assembly in New York.

Since the birth, Gayford, a television fishing show host, has taken on the role of stay-at-home dad.

The engagement comes after a trying time for Ardern, who has been widely praised for her response to the March 15 Christchurch mosque shootings that claimed the lives of 51 Muslim worshippers.

Ardern said in an interview last year that she would not propose to Gayford, even though she regards herself as a feminist.

“I want to put him through the pain and torture of having to agonize about that question himself,” she told the BBC.

News of the engagement broke after journalists noticed Ardern was wearing a diamond ring while carrying out her duties on Friday.

However, there have been at least two false alarms in the past when Ardern has been spotted sporting bling on her ring finger.

On both occasions she quashed the speculation, saying she had to constantly swap her rings between fingers on her left hand due to eczema. /ee