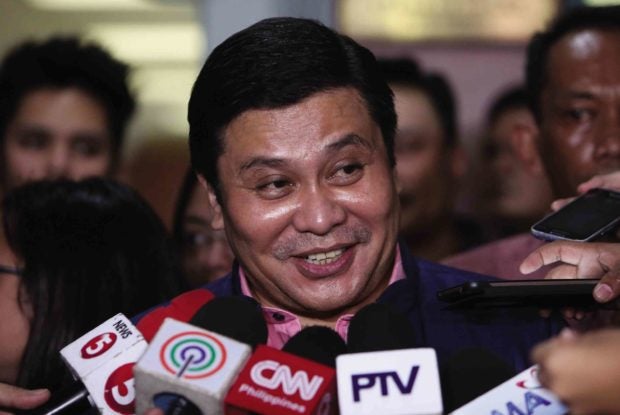 Could the perception of San Juan City voters about former Sen. Jinggoy Estrada affect the outcome of the tight race for the mayoral post between his daughter, incumbent Vice Mayor Janella Ejercito Estrada, and her rival, former Vice Mayor Francis Zamora?

Both camps have been capitalizing on Jinggoy, who is running for the Senate, although in extremely different ways. 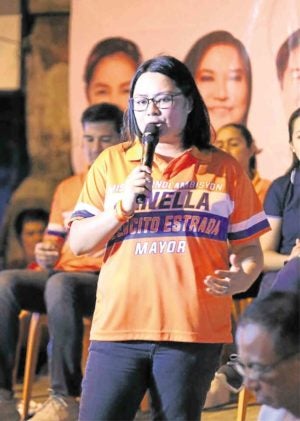 The former senator has appeared at events in the city in support of Janella, 29, who may benefit from his deep roots in San Juan, where he served as mayor from 1992 to 2001.

But Zamora has turned  Jinggoy’s prominence into a weapon against his opponent,  hoping to galvanize residents wary of the former senator.

Zamora has consistently pointed out that Jinggoy is out on bail on a plunder case related to the multibillion-peso pork barrel scam after being jailed for over three years. He has also claimed that Jinggoy will be San Juan’s “de facto mayor” should Janella win.

His most resonant argument against Jinggoy may be a uniquely local one.

When Jinggoy entered the Senate race, many believed that his bid would jeopardize the chances of his estranged half-brother and another former city mayor, Sen. JV Ejercito, who is seeking reelection. 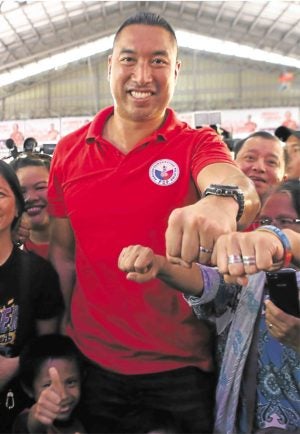 “A lot of people close to JV harbor ill will against the camp of Jinggoy for doing that. That percentage of voters who see this are with me,” Zamora recently told the Inquirer.

JV is the son of San Juan Mayor Guia Gomez by the patriarch of the Ejercito-Estrada clan, former President Joseph “Erap” Estrada, himself a previous San Juan mayor. Zamora is banking on the hope that residents are more loyal to Gomez and JV—the original “first family”—than to Jinggoy.

The Ejercito-Estrada family, which has controlled the mayoralty for 50 years, has made an effort to put up a united front, however. During the regional party Hugpong ng Pagbabago’s campaign caravan in San Juan in February, Jinggoy instructed residents to “make JV No. 1” on their ballots.

JV has also endorsed for mayor Janella, who was picked by his mother.

But the clan’s full support for Janella’s candidacy can still play into Zamora’s claim that she is no different from her father and grandfather, who have both been accused of plunder. Apart from campaign events, Jinggoy has appeared alongside his daughter in media interviews.

“The general perception of San Juaneños, most especially the business community, is once Janella wins, she will just be a puppet of the father,”  Zamora said.

Janella has denied this, saying she will accept advice from her family but make her own decisions, much like the way she has navigated her tenure as vice mayor.