LAOAG CITY — Outgoing Ilocos Norte Rep. Rodolfo Fariñas on Thursday dropped his bid for governor, leaving Matthew Manotoc, a son of Gov. Imee Marcos, unopposed in the race and ensuring that the Marcos family will stay at the provincial capitol after the May 13 elections.

Fariñas, who is serving his last term as representative of Ilocos Norte’s first congressional district, went to the Commission on Elections provincial office here at 9:30 a.m. to withdraw his certificate of candidacy (COC).

He said he never intended to seek the post and was only “provoked” to run when former Ilocos Norte Gov. Michael Keon, a member of the Marcos clan, decided to challenge Chevylle Fariñas, his niece, for city mayor of Laoag, the provincial capital. 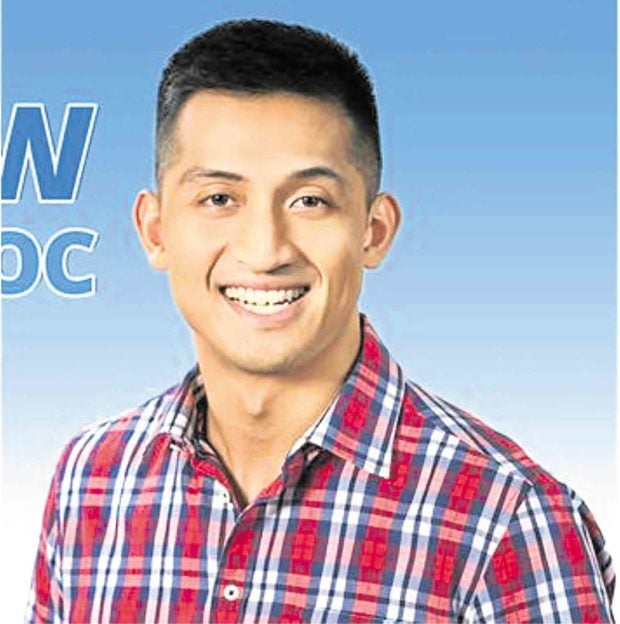 Keon is a nephew of the late strongman Ferdinand Marcos, while Chevylle is the widow of Fariñas’ nephew and former Laoag Mayor Michael Fariñas.

Fariñas, in a statement last year, had said he had been given assurance that no Marcos family member would run against any of his relatives in the 2019 polls.

The former House majority leader said he wanted to retire from politics after 39 years, starting as Laoag mayor in 1980, and “enjoy life as a private person.”

“Fifty-eight days to go, and FREEDOM!” he said in a Viber message sent to House reporters.

“From Day 1 of the campaign until today, having covered 272 of my district’s 285 barangays, I’ve been announcing in my speeches that I was not running for governor,” he added.

Asked what he meant by “freedom” when his term ends on June 30, Fariñas said it was about being able to “do nothing” and “absolute quality time” for himself, his children and grandchildren.

Fariñas’ daughter, Board Member Ria Cristina Fariñas, is running for representative in the first district to replace her father. Ria’s brother, Rudy Caesar I, is a nominee of the party-list group Probinsiyano Ako while another brother, Rodolfo Christian III, is seeking a seat in the provincial board.

Manotoc, 30, is an incumbent provincial senior board member representing the second district.  His mother, Imee, the eldest child of the late strongman, is on her last term as governor and is running for senator.

Comelec officials said Manotoc needed at least one vote to be elected governor.

Manotoc, who had filed his COC as vice governor, substituted for his grandmother, Rep. Imelda Marcos, who withdrew her candidacy in November last year.

He took to social media on Thursday to thank his supporters. “Let us join hands for a progressive and livable Ilocos Norte,” he posted on Facebook.

The candidate, however, did not issue any statement on Fariñas’ withdrawal from the race on Thursday.

Fariñas was an ally of the Marcoses until 2017 when he, among others, initiated an inquiry into alleged misuse of Ilocos Norte’s share of tobacco excise taxes under Imee’s leadership.

MARCOS BAILIWICK Ilocos Norte will remain a bailiwick of the family of the late strongman Ferdinand Marcos as his grandson is running unopposed for provincial governor.  —EV ESPIRITU

Read Next
Ping on 2022 presidential bid: Show me numbers
EDITORS' PICK
High inflation: Your P1 is now worth only 87 centavos
UK’s Boris Johnson will resign, BBC reports
Geek out at TOYCON 2022 powered by Smart Signature
House energy committee chair Arroyo bats for cheap electricity
High-risk pregnancy: Reducing your risk is in your hands
Unemployment rate up to 6% in May
MOST READ
Suspect in grisly killing of missing woman in Bulacan arrested
Bankrupt Sri Lanka asks Putin for fuel, tourists
Kim Atienza’s daughter flaunts bikini body in response to critics of her ‘revealing photos’
Bongbong Marcos’ first order: Abolish PACC, Office of Cabinet Secretary
Don't miss out on the latest news and information.