WikiLeaks’ Assange to fight extradition to US 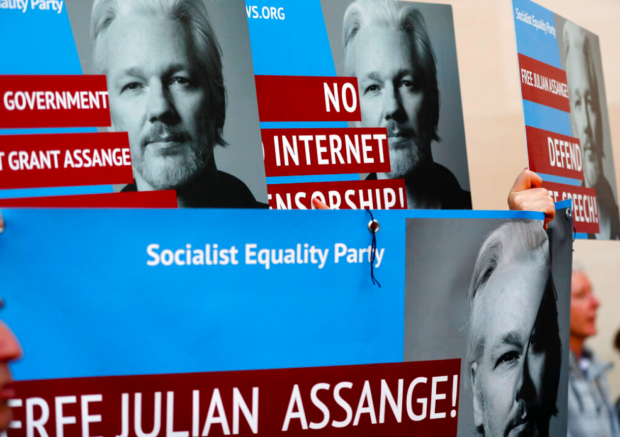 Protestors brandish posters depicting Julian Assange as they demonstrate at the entrance of Westminster Magistrates Court in London on May 2, 2019, where WikiLeaks founder Assange is expected to appear by video link from prison. AP

LONDON —  WikiLeaks founder Julian Assange has confirmed that he will fight extradition to the United States, where he is accused of conspiring to hack a government computer.

At a court hearing Thursday, Assange said he would not surrender to extradition for doing what he called “journalism that has won many awards.”

Assange appeared at Westminster Magistrates’ Court by video link from London’s Belmarsh Prison, where he is serving a 50-week sentence for skipping bail in 2012 and taking refuge in the embassy of Ecuador.