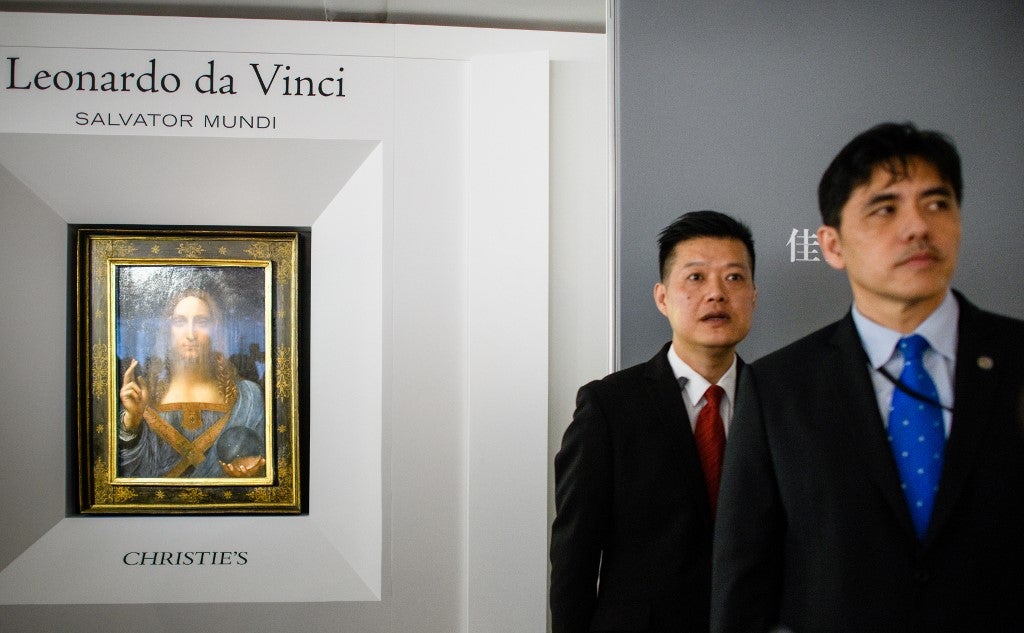 This picture taken on October 13, 2017, shows a man (right, wearing blue tie) identified by local Hong Kong media as former CIA agent Jerry Chun Shing Lee standing in front of a member of security at the unveiling of Leonardo da Vinci’s ‘Salvator Mundi’ painting at the Christie’s showroom in Hong Kong. The former CIA officer could spend the rest of his life behind bars after pleading guilty on May 1, 2019, to spying for China, the Justice Department said. Lee, 54, was arrested in January 2018 for allegedly having provided information on a CIA network of informants that was brought down by China between 2010 and 2012. AFP FILE

WASHINGTON, United States – A former CIA officer could spend the rest of his life behind bars after pleading guilty on Wednesday to spying for China, the Justice Department said.

Jerry Chun Shing Lee, 54, was arrested in January 2018, suspected of having provided information on a CIA network of informants that was brought down by China between 2010 and 2012.

Lee pleaded guilty before a US District Court judge in the Eastern District of Virginia to conspiring to provide national defense information to China, the Justice Department said in a statement.

According to the Justice Department, he was approached by two Chinese intelligence officers in April 2010.

They offered to pay Lee $100,000 for information and to take care of him “for life” in exchange for his cooperation, it said.

The Justice Department said that in May 2010, Lee created a document on his laptop that described where the CIA assigns officers and the “particular location and timeframe of a sensitive CIA operation.”

It said the FBI had also recovered handwritten notes made by Lee related to his work for the CIA.

“These notes included, among other things, intelligence provided by CIA assets, true names of assets, operational meeting locations and phone numbers and information about covert facilities,” the Justice Department said.

Ron Rockwell Hansen, 58, a former Defense Intelligence Agency official, was sentenced to 15 years in prison last month after pleading guilty to charges of attempting to sell classified information to China.

Former State Department official Kevin Mallory was arrested in 2017 for spying for China.

And another US diplomat, Candace Marie Claiborne, was also arrested recently for taking money from Chinese intelligence officials, though she was not directly accused of supplying information in exchange.

Speaking at the Council on Foreign Relations (CFR) in Washington, Wray said China poses a “multi-layered” threat to US interests.

“They’re doing it through Chinese intelligence services, through state-owned enterprises, through ostensibly private companies, through graduate students and researchers, through a variety of actors all working on behalf of China,” he said.

Lee is to be sentenced on August 23. He faces a maximum sentence of life in prison. /cbb