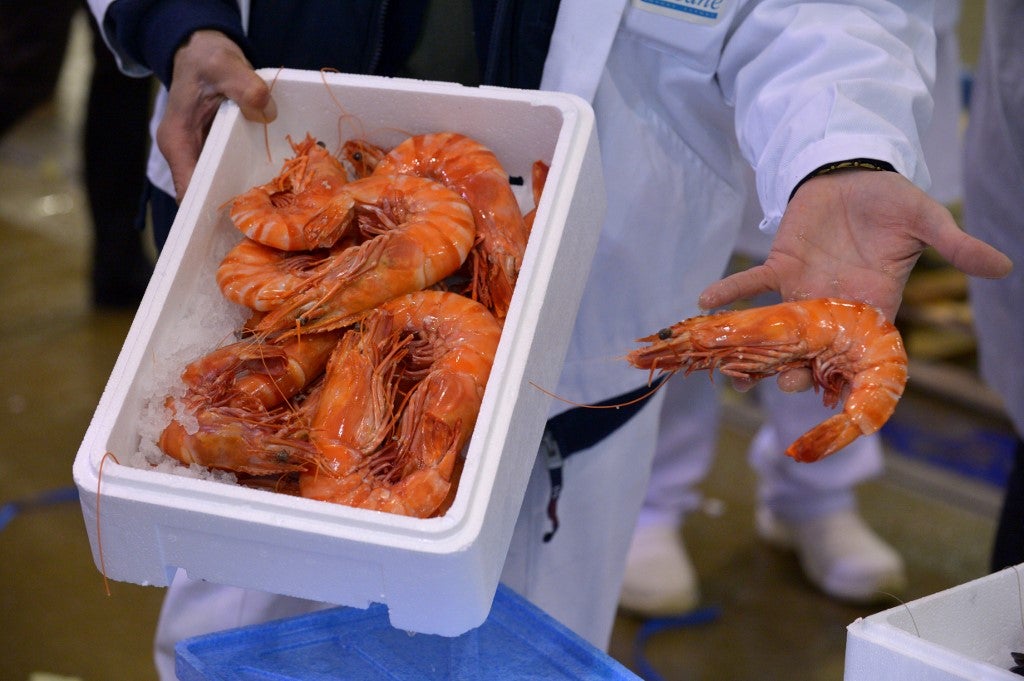 A vendor presents shrimps at the fresh fish and seafood in a market in Europe. Researchers from the King’s College in London found cocaine in all samples of shrimp tested in a rural area of eastern England, they revealed Wednesday, with ketamine also widespread. AFP FILE

LONDON, United Kingdom – Researchers found cocaine in all samples of shrimp tested in a rural area of eastern England, they revealed Wednesday, with ketamine also widespread.

Scientists from King’s College London, in collaboration with the University of Suffolk, made the “surprise” discovery after taking samples from 15 locations across the farming county of Suffolk.

“Whether the presence of cocaine in aquatic animals is an issue for Suffolk, or more widespread an occurrence in the UK and abroad, awaits further research,” said Nic Bury from the University of Suffolk.

The study, published in Environment International, looked at the levels of various “micro-pollutants” in freshwater shrimp.

“Cocaine was found in all samples tested, and other illicit drugs such as ketamine, pesticides and pharmaceuticals were also widespread in the shrimp that were collected,” said the study.

Lead author Thomas Miller from King’s said that “concentrations were low” but that the compounds “might pose a risk to wildlife.”

“We might expect to see these in urban areas such as London, but not in smaller and more rural catchments,” he added. /cbb