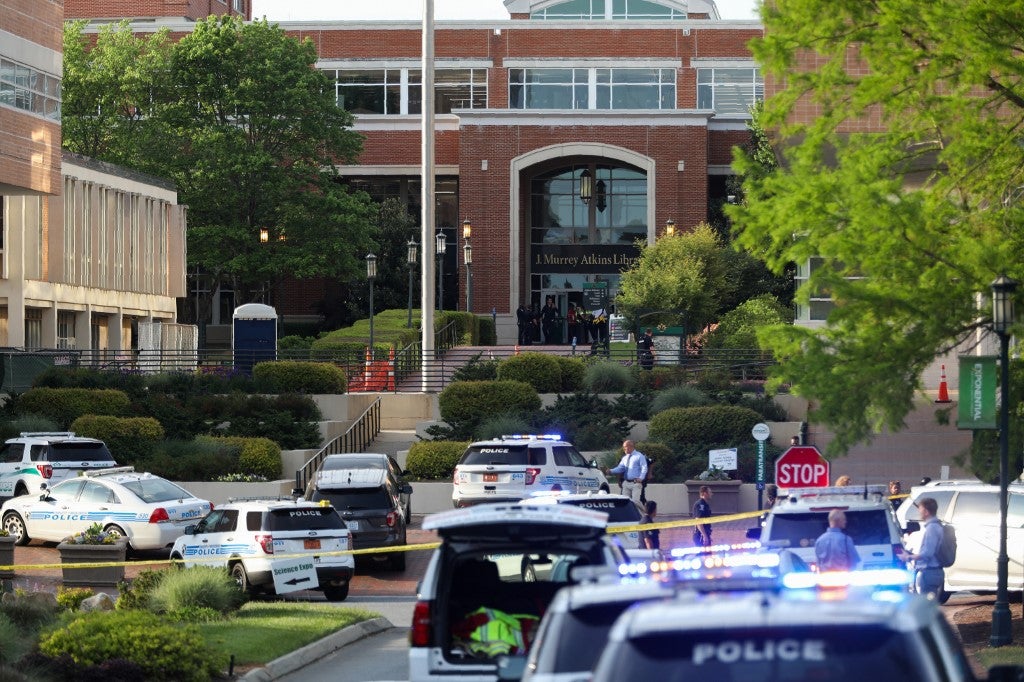 WASHINGTON, United States – A 21-year-old student gave his life to save others by tackling a gunman who was shooting up a university classroom, police in the US said Wednesday.

Charlotte-Mecklenburg Police Chief Kerr Putney said the authorities were still trying to find a motive for Tuesday’s attack at the University of North Carolina, which left undergraduate Riley Howell and another student dead.

Trystan Terrell, 22, a former student, was arrested following the shooting at the school’s Charlotte campus, which also left four wounded.

Putney said he had spoken to Howell’s father about the youngster’s heroism.

“When I spoke to the father — one father to another — I told him personally, I wished I had words,” he said.

The officer said Howell, an environmental studies major from Waynesville, North Carolina, had taken the assailant “off his feet.”

“(He) did exactly what we trained people to do,” Putney said.

“You’re either going to run, hide and shield or you’re going to take the fight to the assailant,” he said.

Having no place to run or hide, Howell chose the last option open to him.

“But for his work, the assailant may not have been disarmed,” Putney said. “Unfortunately, he gave us life in the process. But his sacrifice saved lives.”

The other slain student was identified as Ellis Parlier, a 19-year-old computer science major from Midland, North Carolina.

One of those still in hospital was identified by the Charlotte Observer newspaper as Rami Al-Ramadhan, a 20-year-old engineering student from Saudi Arabia.

Terrell is facing two counts of murder and four counts of attempted murder.

As he was being led into a police station following his arrest, a television reporter asked him what happened.

“I just went into his classroom and shot the guys,” he said.

The latest in a string of mass shootings in the US came just days after a teenage gunman opened fire on a synagogue in Poway, California, killing one person and injuring three others.

According to government figures, 40,000 people were killed by firearms in the United States in 2017 — two thirds of them suicides — the highest annual toll in five decades. /cbb