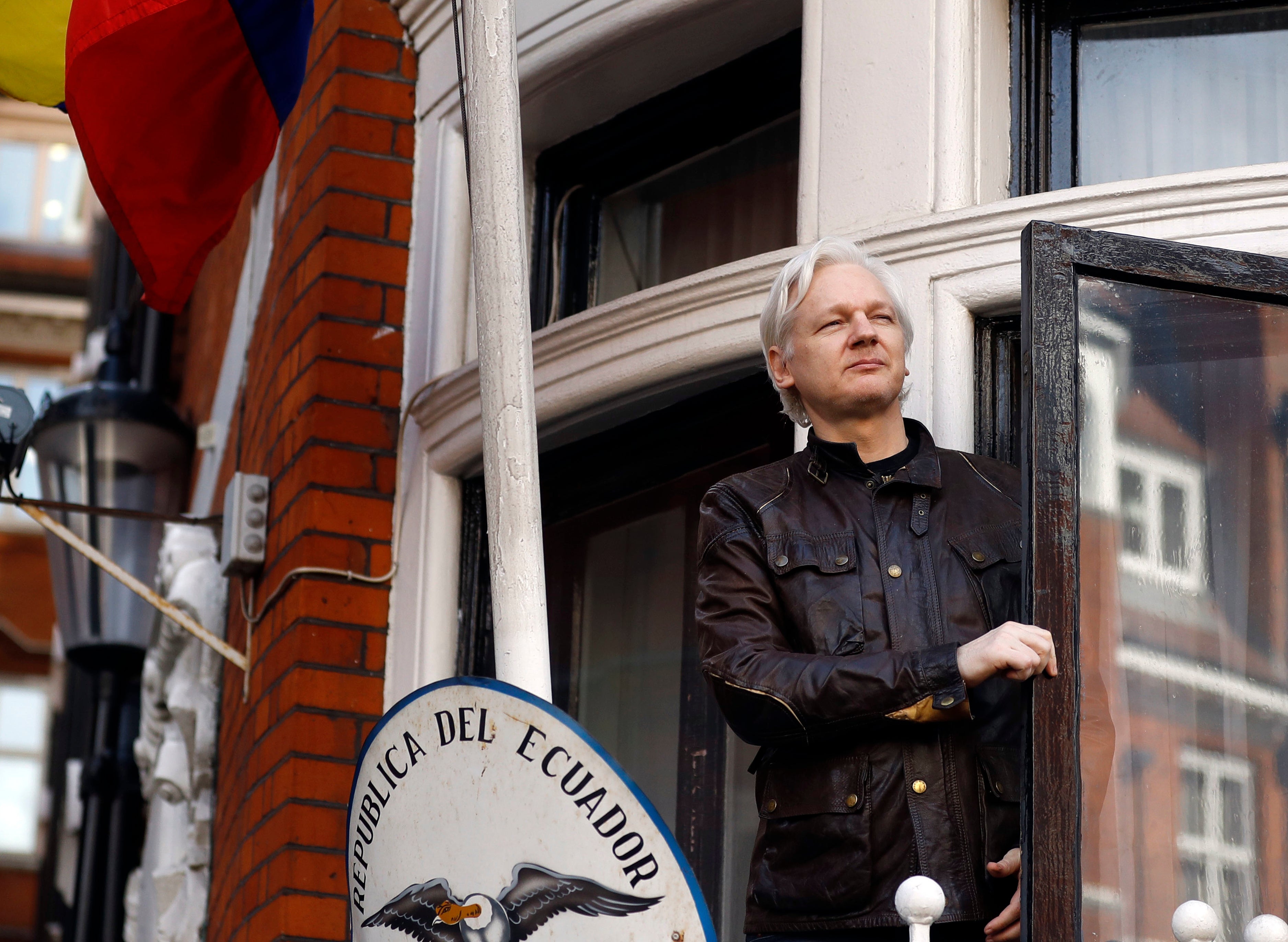 In this Friday, May 19, 2017 file photo, WikiLeaks founder Julian Assange looks out from the balcony while claiming political asylum at the Ecuadorian embassy in London. Assange was arrested by British police April 11, 2019, after his asylum was withdrawn by the embassy, and he is set to appear in court Wednesday May 1, 2019, to be sentenced for jumping British bail seven years ago and holing up in the Ecuadorian embassy.(AP Photo/Frank Augstein, File)

LONDON — WikiLeaks founder Julian Assange is set to be sentenced Wednesday for jumping British bail seven years ago and holing up in the Ecuadorian embassy.

Assange faces a maximum sentence of a year in prison when he is sentenced at London’s Southwark Crown Court. A judge at an earlier hearing said the 47-year-old hacker’s offense “merits the maximum sentence.”

Assange raised a fist defiantly as he arrived in a prison van at court from the London prison where he has been held since his arrest last month.

The Australian secret-spiller sought asylum in the South American country’s London embassy in June 2012 to avoid extradition to Sweden, where he was wanted for questioning over rape and sexual assault allegations.

Assange was arrested April 11 after Ecuador revoked his political asylum, accusing him of everything from meddling in the nation’s foreign affairs to poor hygiene.

He faces a separate court hearing Thursday on a U.S. extradition request. American authorities have charged Assange with conspiring to break into a Pentagon computer system. /kga