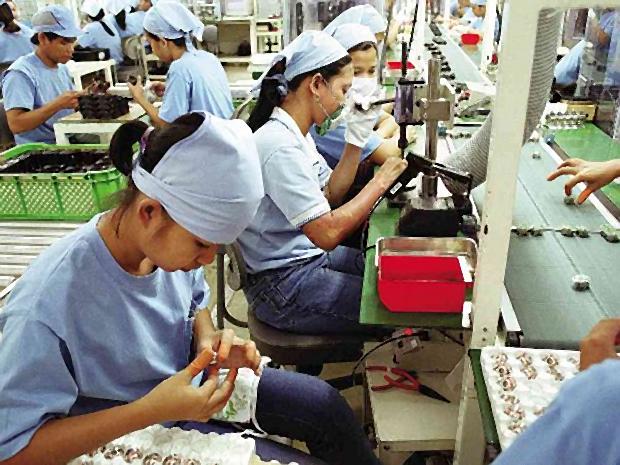 According to the Center for Women’s Resources, Most of them are confined to being wage and salary workers in manufacturing and retail trade, with nonregular and low-wage jobs. (File photo from Philippine Daily Inquirer)

MANILA, Philippines — Regularization, higher wages, and safer workplaces became the rallying call of women workers on Labor Day, as groups assert their rights amid “worsening work conditions” in the country.

According to the Center for Women’s Resources (CWR), women workers, to this day, are confronted with very limited work opportunities.

Most of them are confined to being wage and salary workers in manufacturing and retail trade, with non-regular and low-wage jobs.

“It is already a challenge to be a woman in a country that is led by macho-fascist, misogynistic leaders, but it is even more difficult to be a working woman in a country plagued with poverty, incessant price increases, labor flexibilization, limited work opportunities and unsafe work conditions,” the group said in a statement.

According to data cited by the CWR from the Gender Statistics on Labor and Employment, about 4.7 million Filipino women work in wholesale and retail trade, while 1.4 million women work in the manufacturing industry.

Meanwhile, only 125,000 women — or a mere 0.30 percent — in the total workforce engage in professional and scientific work.

The Philippine Statistics Authority also reported that there are 2.58 million women who engage in short-term or seasonal jobs in 2017 — as household helper, promodizer, or sales personnel — while 297,000 women work with different employers on a daily or weekly basis.

According to Babae (Babae, Bantayan ang Eleksyon!) Network, an alliance of women leaders and organizations that monitor fraud and violence during elections, unemployment rate in the women sector reached 5.2 percent at the end of 2018.

This means more than 800,000 Filipino women remain jobless. The underemployment rate, meanwhile, was at 13.4 percent in that same year.

The Babae Network urged workers and labor unions to “carefully discern” who among the candidates would push for their causes, such as fighting contractualization and pushing for implementation of decent and national minimum wage to all workers in the country.

“We urge the workers and labor unions to carefully discern who among the candidates genuinely represent them and push for their agenda in all available avenues in the government. For the longest time, many Filipinos, particularly women workers, suffer the brunt of very limited work opportunities and labor flexibilization,” said the women’s network.

“We believe that it is high time that we put government officials who will truly push for the workers’ agenda, and will seriously put an end to the plight of workers here and abroad,” it added.

But the CWR also urged women workers to “revel in little victories” brought by collective action, such as the enactment of Expanded Maternity Leave law and Occupational Safety and Health Standards Law late last year.

“Women workers have the strength and skill to lead in raising the consciousness of the female population and in teaching other women how to use their rights in order to build a better future. They know that in fighting for their rights, they have nothing to lose but the chain of oppression and exploitation,” it added.