Boracay rehab all about following law 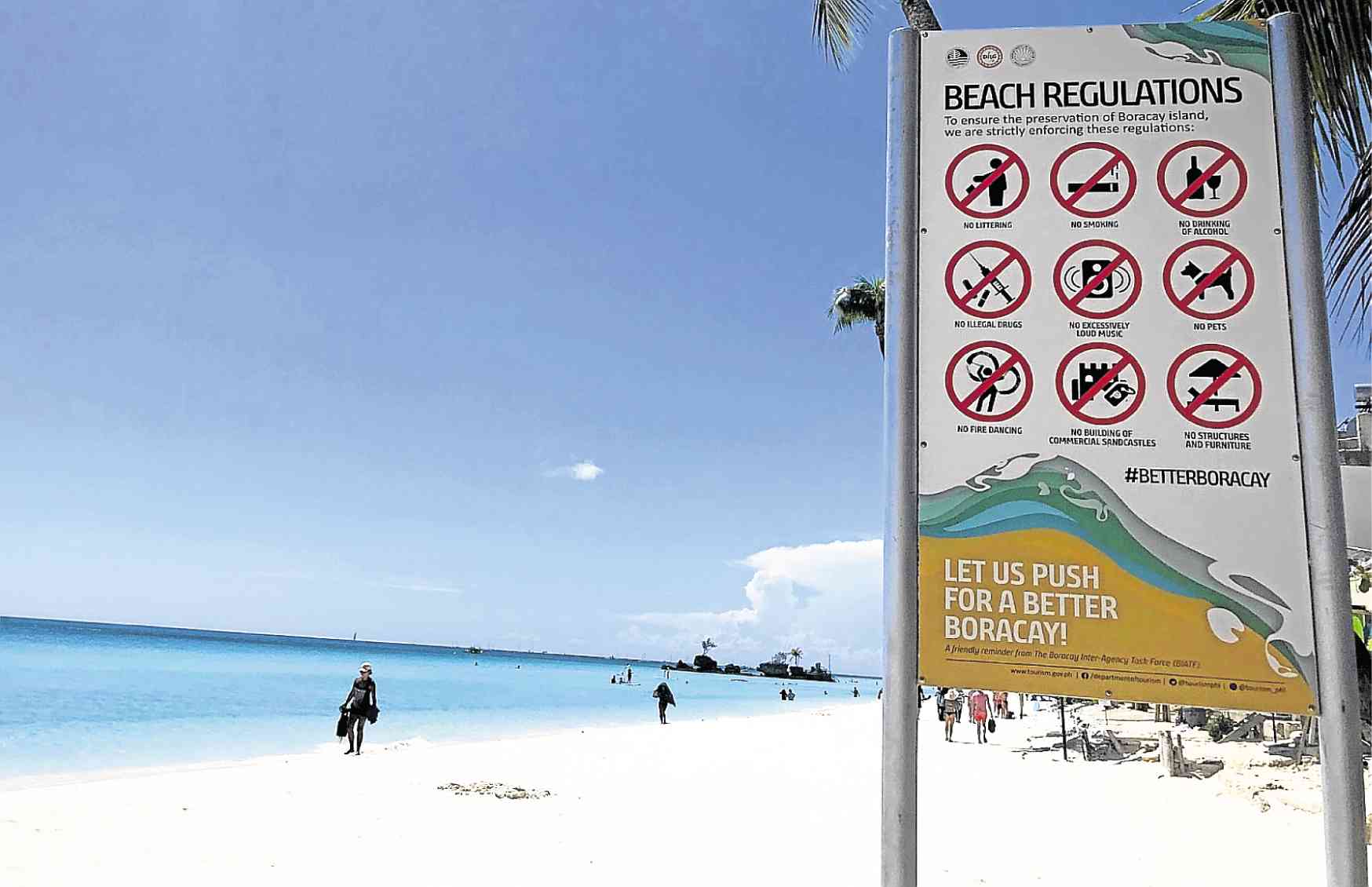 BORACAY ISLAND, Aklan, Philippines — The government is bent on sustaining the gains of the six-month environmental rehabilitation of Boracay as more tourists are returning to the resort island in Malay, Aklan province, according to Tourism Secretary Bernadette Romulo-Puyat.

“Sustainable tourism” will remain a priority after Boracay was reopened to tourists in October last year, she said.

“The Philippines is frequently a center of attention when I attend international tourism conferences. They always ask, ‘How did you do it [rehabilitate Boracay]?’” Puyat said in a press briefing here last week.

“They were impressed because all we did was enforce national laws and local ordinances,” she said, citing the enforcement of the ban on smoking and drinking on the beach and other public areas, and enforcement of beach and road easement.

“You can see the difference now. Everybody wants to go to Boracay and all are impressed,” she said.

Puyat said many less-known destinations had benefited from the diversion of tourists from Boracay during the closure from April 26 to Oct. 25 last year. She cited as examples Siargao and Siquijor islands.

It helped that tourists had been reporting about environmental violations in Boracay on social media, she said.

“People are more conscious about sustainable tourism. They understand that if you follow the law, tourism will be better,” Puyat said.

According to the United Nations World Tourism Organization, tourism is sustainable when it “takes full account of its current and future economic, social and environmental impacts, addressing the needs of visitors, the industry, the environment and host communities.”

Puyat said tourist arrivals, including those during the Holy Week, were within the carrying capacity set by the Boracay Inter-Agency Task Force (BIATF).

The island can accommodate 19,215 tourists at any given time. Daily tourist arrivals should be at an average of 6,405, the BIATF said.

Puyat said the carrying capacity would be followed during the weeklong “#LOVEBoracay” activities to mark the first anniversary of the closure.

The ban on drinking and smoking on the beach and other public places, regulation on noise, as well as the ban on big beach parties would be strictly enforced, she said.

But a group of residents and workers displaced by the island’s closure lamented that a year after, many of them were still pleading for assistance from the national government.

“It has been one year and too long for the government to deny the plea for alternative livelihood, food and relief assistance, on-site relocation and rehabilitation sites for the dislocated workers and demolished residents in the island,” said Olive Abañera, coordinator of We Are Boracay.

We Are Boracay is composed of mostly vendors, tricycle drivers, masseuses, tour guides and other workers in the informal sector.

While rehabilitation of the island was necessary, the closure was forced on residents, resulting in the dislocation of some 30,000 workers and those with tourist-dependent livelihood, said the Bagong Alyansang Makabayan in Aklan.