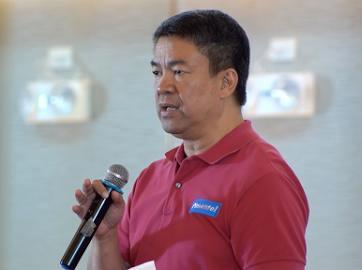 MANILA, Philippines — Politicon 2019 may have packed up the show until its hopeful return next year, but the inspired words of some senatorial candidates who took part in the landmark political conference still reverberate.

The conference, held last April 27 at the Rizal Park Hotel in Manila, featured not only candidates in the May 13 elections but also prominent bloggers.

Chong, who related his history as an unsung and yet successful congressional candidate who embarked on a political career at the age of 32, prescribes a more “practical approach” to the China question for the Philippines.

“We simply cannot win a war against China,” he said. “Instead we must maximize our relationship with them for the most benefits to our people. For example, we could reduce the flow of drugs from China because most of the drugs come from China.” 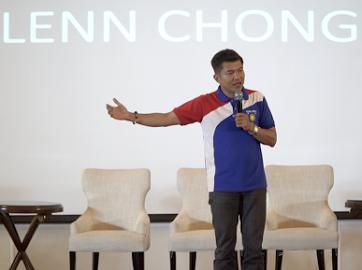 Former Bilarin Rep. Glenn Chong, who is a senatorial candidate in the May 13 elections, was among the participants in the first Politicon Philippines. (Photo from the event organizers)

Chong added that the Philippines could very well be part of China’s “extended war” with Western allies along the Eastern Pacific Rim — including Japan, South Korea, Taiwan and Australia. He theorized that China had been flooding these countries with drugs to undermine their societies and governments.

He also stressed the need for “cooperation” between the two institutions in an arrangement that recognizes respective jurisdictions.

“They [church leaders] presumably read the Bible every day. But if you asked them if they read the Constitution every day, the most likely answer is no,” he said. “Are [they] even competent enough to comment officially as church leaders on government policy?”

Another fresh voice came in the person of Valdes, who chairs the KDP, a pro-administration party formed just recently. He described President Rodrigo Duterte’s election win as a “phenomenon” the upper classes simply could not grasp, but one which made perfect sense to the masses.

“Something was happening in a sector of our society that we could not see,” he said. “That sector — the masses — did not see a killer [in Duterte]. They saw a redeemer. He was not selling himself. He was selling an idea. This idea was that, for the first time, they had somebody who would save their lives and their children from drug lords.”

Another senatorial candidate from the KDP ranks, Casiño, bewailed the perennial plight of the country as having the slowest and most expensive internet. His proposed solution was to “dismantle the oligarchs.”

“Who are the people behind our slow internet?” he said. “They are the same people behind electricity and water. And quite frankly with the liberalization of telcos, who benefited? Just two names.”

“With all the recent objections from Senate and Congress over the entry of the third telco player, why are they suppressing advancement and development?” he asked, suggesting that these government officials might be “in the payroll of the two oligarchs.”

All ticket sales for Politicon 2019 went entirely towards the aid of internally displaced persons (IDPs) of the Marawi conflict. To date, there are still an estimated 400,000 to 600,000 IDPs still in need of permanent homes or shelter.