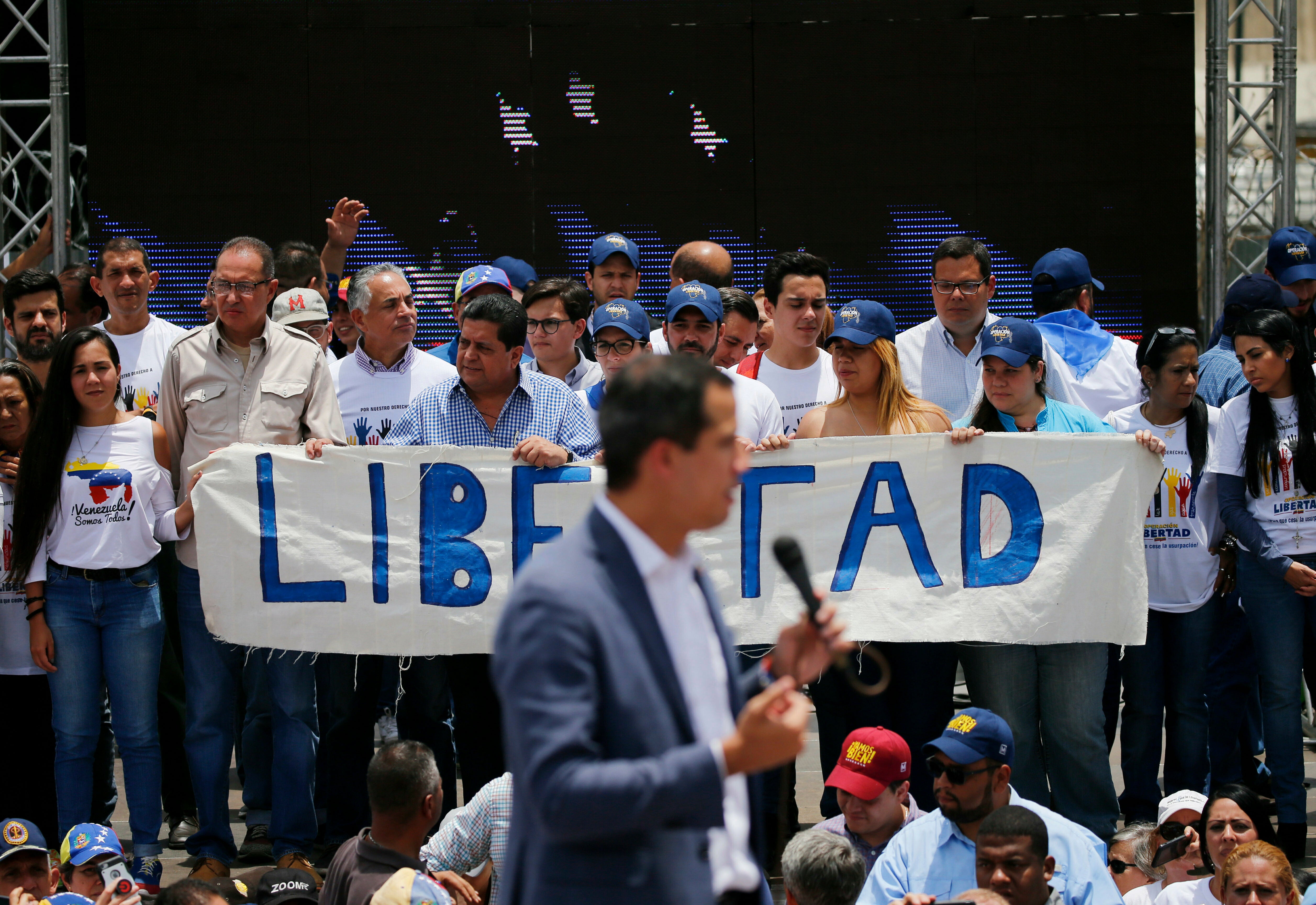 CARACAS, Venezuela — Venezuelan opposition leader Juan Guaido has called for a military uprising, in a video shot at a Caracas air base showing him surrounded by soldiers and accompanied by detained activist Leopoldo Lopez.

In the three-minute video shot early Tuesday, Guaido said soldiers who took to the streets would be acting to protect Venezuela’s constitution. He made the comments a day before a planned anti-government rally.

“The moment is now,” he said, as his political mentor Lopez and several heavily armed soldiers backed by a single armored vehicle looked on.

Lopez has been under house arrest for leading an anti-government push in 2014. /kga