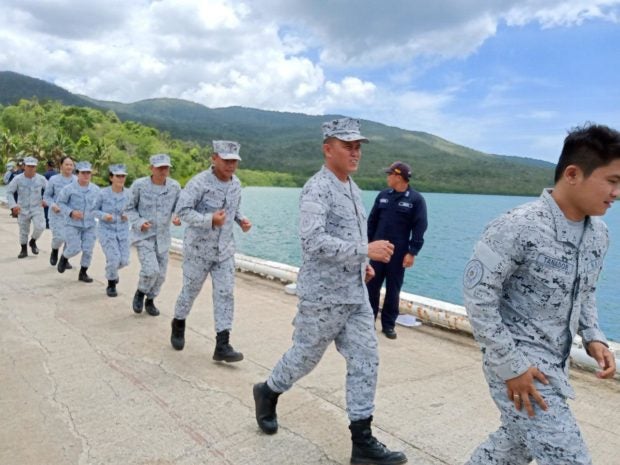 Some of the troops of Naval Forces West get ready to board BRP Benguet which will transport food and drinking water for their colleagues stationed in outposts of the Philippines in the Spratly Islands in the West Philippine Sea. (Photo from Naval Forces West)

MANILA, Philippines — A Philippine Navy ship left Puerto Princesa City in Palawan on Sunday for its regular resupply mission to the Philippine detachments in the Kalayaan Island Group in the West Philippine Sea.

Commo. Sean Anthony Villa, commander of Naval Forces West (NFW), led the send-off ceremony for the sailors and marines at the Oyster Bay Detachment Pier, the Navy said in a statement.

BRP Benguet (LS-507), commanded by Lt. Cmdr. Rolando Borromeo, will transport food and drinking water for the troops stationed in the occupied outposts of the Philippines in the Spratly Islands in the West Philippine Sea.

The Philippines occupies nine islands and reefs in the disputed Kalayaan Island Group.

Representatives from the Department of Energy and Shell Philippines joined the mission to witness firsthand the condition of the troops deployed in remote islands. 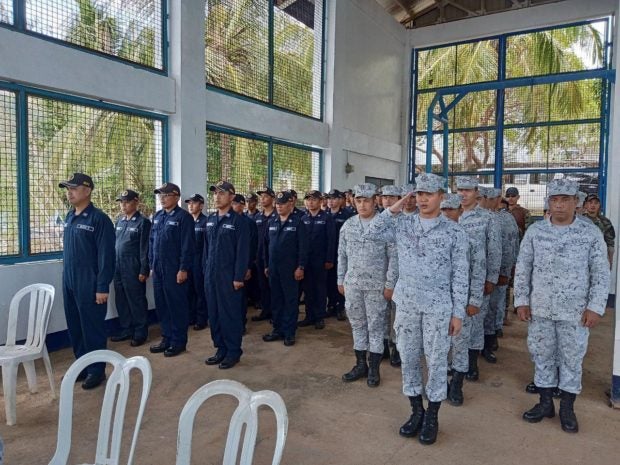 Sailors and marines heading for Philippine-occupied islands in the West Philippine Sea were given a send-off at the Oyster Bay Detachment Pier. (Photo from Naval Forces West)

“The Western Command through NFW continues to perform its mandate of protecting the territorial integrity and sovereignty of country. Thus, it continuously conduct maritime patrols design to protect the maritime domain and to ensure the safety and well-being of marines and sailors stationed in these far-flung detachments,” the Navy said.