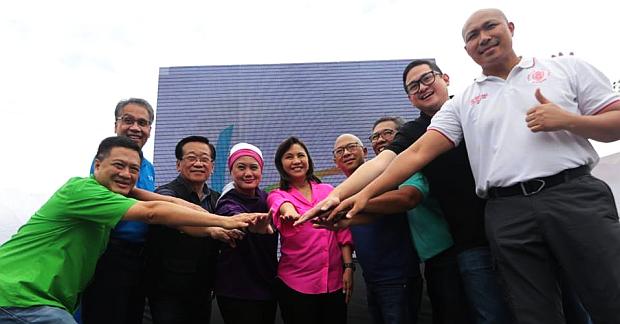 BACOLOD CITY — It ain’t over until the fat lady sings.

For Vice President Leni Robredo, she remains hopeful that opposition senatorial candidates would make it to the so-called Magic 12 especially since the spirit of volunteerism in their campaigns had been gaining momentum in the last stretch.

Robredo said she had high hopes that voters in Bacolod City and the rest of Negros Occidental would deliver the votes for Otso Diretso senatorial aspirants.

She noted Negros Occidental and Bacolod historically had stood for what was right as seen during the time of the Marcos dictatorship and other crucial moments in the country.

Robredo believes voters in this region would again show that they stand for what is right.

“The situation today is not much different,” she said.

Robredo said the level of commitment and dedication shown by the volunteers campaigning for Otso Diretso candidates was very inspiring.

“The volunteers just need to feel that we are one in this fight,” she added while noting there were very few local officials supporting them.

Robredo said the lack of support they receive from local officials was a good opportunity to send the message that “the power lies in the people.”