Duterte to parents: Fight drugs, get kids into sports 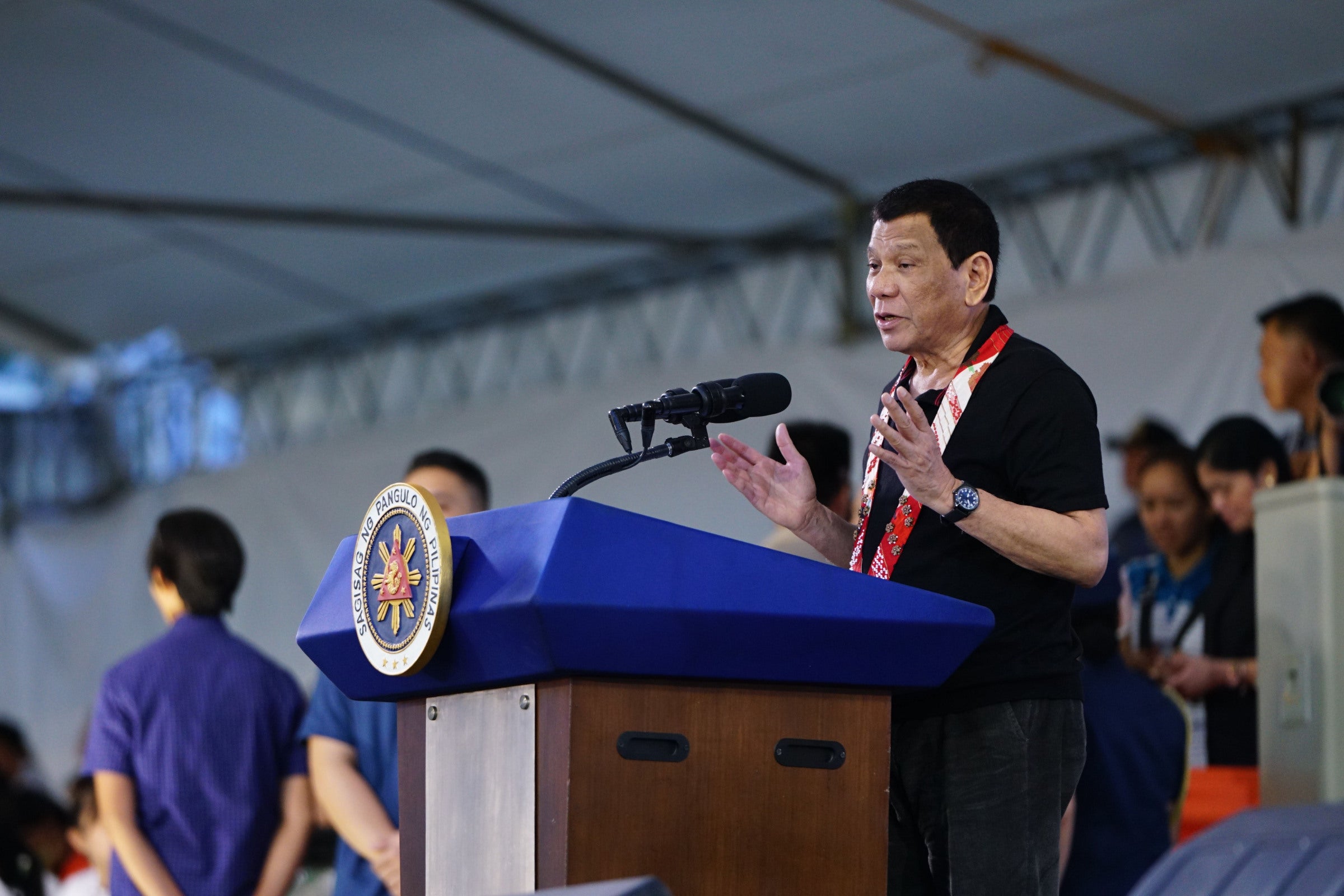 President Rodrigo Roa Duterte delivers his speech during the opening ceremony of the 2019 Palarong Pambansa at the Davao City-UP Sports Complex on April 28, 2019. JOEY DALUMPINES/PRESIDENTIAL PHOTO

MANILA, Philippines – President Duterte appealed to parents on Sunday to support their children’s interest in sports while balancing academics, saying sports help the youth stay away from illegal drugs.

Speaking to youth athletes and their parents at the Palarong Pambansa opening rites in Davao City, the President said he did not want the country’s youth to be destroyed by shabu.

“I encourage parents to support their children to engage in sports and inspire them to always do their best in balancing sports and academics,” he said on Sunday afternoon.

He added: “Sports is truly an effective avenue to instill among the youth essential characteristics. Sports plays an important role in encouraging the youth to live a healthy lifestyle and keep away from illegal drugs.”

Duterte made the remarks barely a day upon his arrival from China, where he attended the Belt and Road Forum last week.

The President is waging a fierce, bloody war against illegal drugs and has been criticized for the spate of killings of drug personalities, who included a number of young suspects.

Duterte has estimated that around seven million Filipinos are addicted to shabu, and has warned that the country is close to becoming a narco-state if the narcotics trade is not stopped.

He has also repeatedly warned those involved in the illegal drug trade, Filipino or not, to “not destroy the Philippines and the youth,” or he would kill them.

On Sunday, the President stressed that for the youth’s sake, the government is determined to eradicate illegal drugs and other problems that the country is facing.

“This administration remains determined in pursuing its campaign to eradicate illegal drugs, criminality and corruption. I need your support, our young athletes, in this endeavor if we are to ensure a safe and progressive future for the next generation of Filipinos,” he said.

He reassured youth athletes that the government “will continue to promote physical education and other relevant sports programs that will support our athletes in reaching for their dreams and aspirations.”

“We will empower them to become the best in their respective fields so they may bring pride to our nation when they compete in international events such as the forthcoming Southeast Asian Games that the Philippines will host from November 30 to December 11 of this year,” Duterte added. /cbb