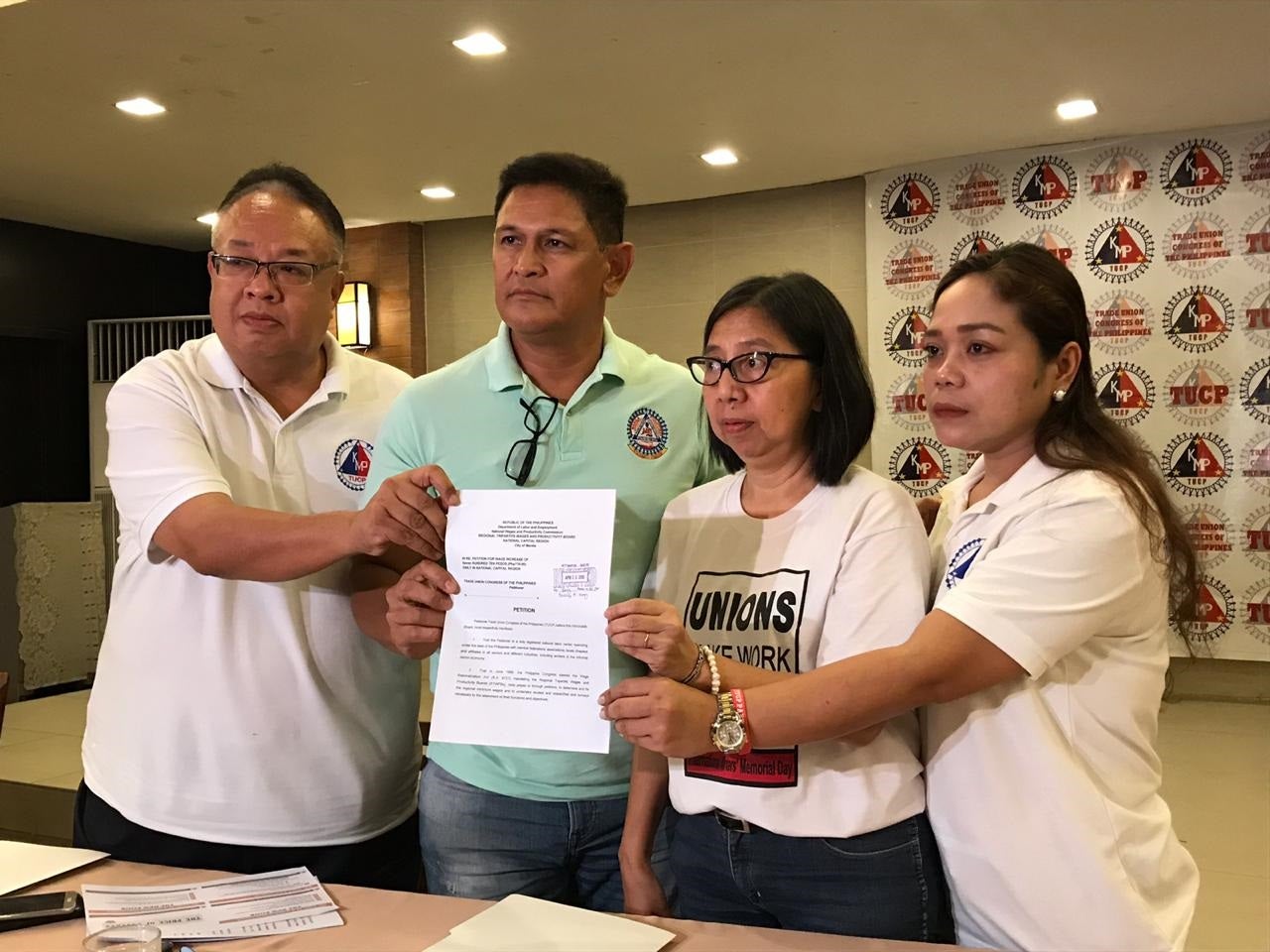 MANILA, Philippines — Two days before Labor Day, the Trade Union Congress of the Philippines (TUCP) formally sought for a P710 across-the-board daily wage hike for workers in the private sector in Metro Manila.

The TUCP, the country’s largest labor organization, filed a petition on Monday before the National Capital Region (NCR) wage board seeking the minimum wage to be raised from P537 to P1,247.

“The current minimum daily wage of P537 can only accord workers and their families NUTRITIONALLY DEFICIENT SURVIVAL MEALS, which, if continuously unaddressed, will have greater repercussions in the future of the country and of the economy,” the petition read.

“The measly P25 increase has long been dissipated by the high costs of basic goods and services, even before it could be felt by minimum wage earners, due to a host of factors particularly the effects of TRAIN Law since January 1, 2018,” it read.

The TUCP said they anchored their P710-wage hike recommendation on the nutritional needs that a family of five needs, citing data from the Food and Nutrition Research Institute (FNRI) of the Department of Science and Technology (DOST).

The TUCP said the data from the Philippine Statistics Authority (PSA) survey showed that a family of five spends P207. 83 daily, meaning that only P14 is spent for a meal of one family member.

“Forcing workers and their families to subsist on nutritionally-deficient meals for a long period will definitely have bigger repercussions to business, bigger costs to the government and the economy if continuously ignored,” TUCP Party-list Representative Raymond Mendoza said in the press conference.

TUCP Vice President Luis Manuel Corral said that the repercussions of subsisting on nutritionally-deficient meals include half-hazard work and the decrease in productivity.

In an earlier statement, the TUCP said daily wage earners in Metro Manila “should already be receiving a minimum of P1,247 salary in order for [them] and their families to live normal and decent lives.”

“The current P537 wage for minimum wage earners in Metro Manila is highly insufficient in the light of rising costs food and services caused by taxes and inadequate government services and social protection assistance to poor Filipinos,” the TUCP said. /cbb