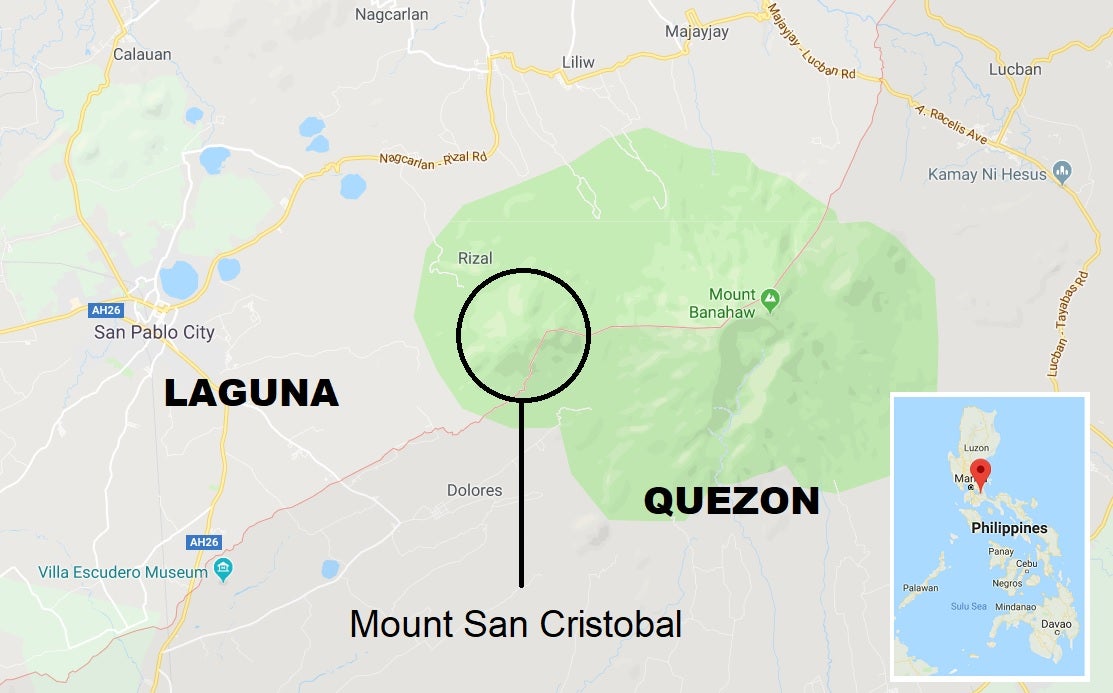 LUCENA CITY, Philippines – A forest fire on Mount San Cristobal in Laguna province razed grasslands and a government agro-forestry project on Sunday, an official of the Department of Environment and Natural Resources (DENR) said.

The fire started at about 2 p.m. and burned an estimated 50 hectares of grasslands and the agro-forestry area, according to Salud Pangan, DENR park superintendent for the Mount Banahaw-San Cristobal protected area.

Mount San Cristobal, a dormant volcano, sits on the border of Laguna and Quezon province adjacent to Mount Banahaw.

The blaze was declared fire out six hours later.

Pangan said that based on initial information, the fire was possibly caused by slash-and-burn farmers (kaingeros).

She said a DENR team would further investigate the report and determine the extent of the damage.

Quoting information from their “green brigade,” volunteers assigned in the area, Pangan said the fire destroyed a portion of National Greening Program (NGP) of the DENR in Sitio (sub-village) Calo in Barangay (village) San Cristobal in San Pablo City.

The agro-forestry project site was planted with native and indigenous tree species. The NGP was being implemented in partnership with Haribon Foundation, Pangan said.

Mounts San Cristobal and Banahaw have a combined land area of 11,133 hectares – 2,754 hectares of which is in Laguna while the remaining 8,379.30 hectares is in Quezon.

In 2009, Congress passed Republic Act No. 9847 declaring Banahaw and nearby Mount San Cristobal as a protected landscape in Quezon and Laguna.

The protected area has only three forest rangers on the Quezon side and two in Laguna. /cbb