US military spending up for first time in 7 years – Sipri 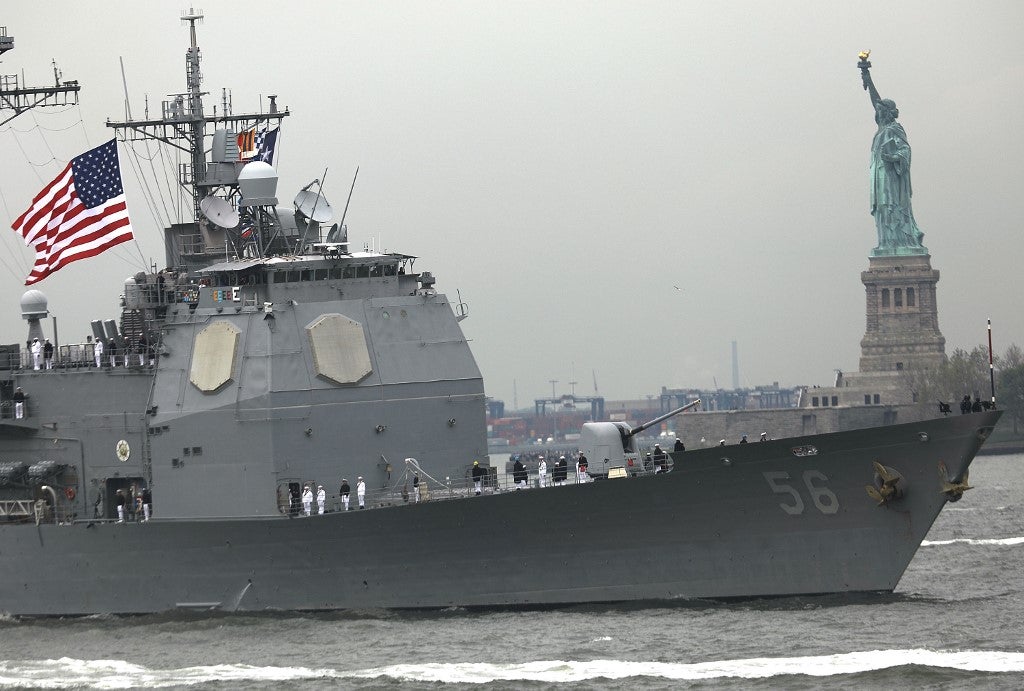 The USS San Jacinto (CG 56) makes its way past the Statue of Liberty on the opening day of Fleet Week on May 24, 2017, in New York City. US military spending has risen for the first time in seven years, reflecting Trump administration policy, according to a new report released Monday by the Stockholm International Peace Research Institute. AFP

STOCKHOLM, Sweden – US military spending has risen for the first time in seven years, reflecting Trump administration policy, according to a new report released Monday by the Stockholm International Peace Research Institute.

It was the second year running the global figure has risen, bringing military spending to its highest level since 1988.

“The increase in US spending was driven by the implementation from 2017 of new arms procurement programs under the Trump administration,” said Aude Fleurant, director of SIPRI’s Arms and Military Expenditure (AMEX) program.

The US figure alone of $649 billion was as much as the next eight highest military budgets.

But Chinese, as well as US spending, helped push the overall spending figures for the year higher, said the report.

China’s spending has risen 83 percent since 2009, bringing it up to second place, ahead of Saudi Arabia, India — which is modernizing its armed forces — and France.

China has spent 1.9 percent of its gross domestic output (GDP) on military spending since 2013.

Russia meanwhile dropped out of the top five spenders, with its military budget declining since 2016, said the report.

Western countries’ economic sanctions against Russia, in place since 2014 because of its conflict with Ukraine, have hit the country’s military budget.