Gutoc to DILG: Give us chance to be heard by barangays | Inquirer News
Close
menu
search

Gutoc to DILG: ‘Give us that chance to be heard by barangays’ 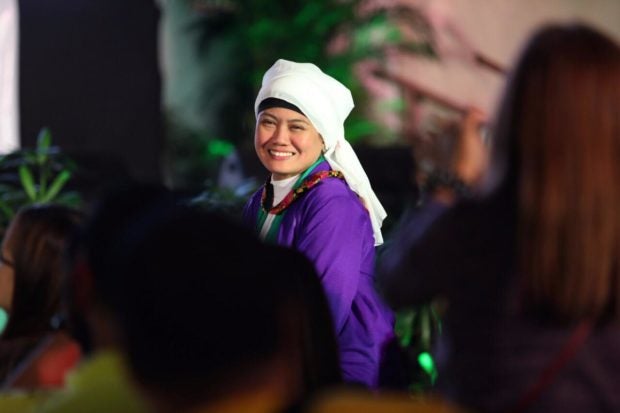 Densing sent the list to the Commission on Elections (Comelec), saying that only the President, Vice President, and other elected officials — except for barangay officials — are allowed to engage in partisan politics.

Gutoc said, however, that government officials allowing slates to campaign or conduct activities in their areas should not be considered partisan politics.

[Local government units are important. We call on the DILG: Don’t prohibit barangays from hosting us. Usec Densing, it doesn’t seem right for you to say that it’s partisan politics when a barangays host a voters’ education activity.]

Gutoc said that even the administration slate uses government programs in their campaigns.

[We’re really at a disadvantage. You in the administration are using the Malasakit Program, while we don’t use any kind of government program. Just getting introduced to the LGU location has been unproductive.]

The senatorial candidate lamented the several times that government officials denied their visits to campaign out of fear of being added in the so-called narcolist or being denied of their Internal Revenue Allotment (IRA).

[There are many examples in our three-month campaign when we could not visit a location. We’re really at a disadvantage here. So it may be important, sir, for the DILG to give us that chance to be heard by your community by the barangays.]

[You in LGUs should not be afraid because the IRA is automatically released to you. They can’t deny you the IRA. It is your rightful allocation. If they put you on the narcolist there may be citizens who will defend you. So don’t be afraid, governors, mayors. Please consider that the Otso Diretso is already endorsed by your Catholic Bishops secretly.]

Following the DILG recommendation against the 52 barangay officials, Comelec said it could not impose sanctions yet since the list submitted was not a “verified complaint.”

Comelec spokesperson James Jimenez said that what the DILG sent to them was a mere summary sheet of the names of the barangay officials.

“We have to wait for them to file verified complaints,” Jimenez said. “There should be sworn affidavits, and based on these, the Comelec can then conduct an investigation for possible election offenses. We can’t even tell from this [list] what are the actual accusations against these persons.”