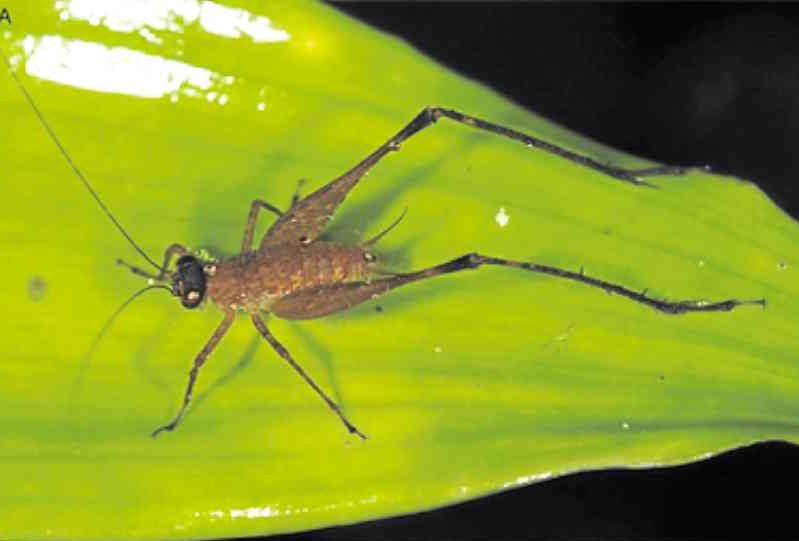 NO GARDEN VARIETY The mute Paranisitra flavofacia is among the three cricket species discovered on Siargao Island by a team of local and international researchers.—PHOTOS FROM UPLB MUSEUM OF NATURAL HISTORY

GENERAL SANTOS CITY, Philippines — Three new cricket species, including one considered “mute” in contrast to its noisy cousins, were recently discovered in Mindanao’s Siargao Island by a team of local and international researchers.

Dr. Theresa Mundita Lim, executive director of the Asean Centre for Biodiversity (ACB), on Saturday said the discovery in Del Carmen town on Siargao Island, the country’s surfing capital, proved that the Philippines hosts a rich biodiversity and that thousands of species have remained undiscovered and unidentified.

“It also demonstrates that the Philippines is a critically important haven for biodiversity,” said Lim, a former official of the Department of Environment and Natural Resources.

The researchers came across the unique Paranisitra flavofacia, which does not produce sound like other typical crickets.

The team credited with the discovery includes Sheryl Yap and Jessica Barbecho of the University of the Philippines Los Baños, and their counterparts from the Russian Academy of Sciences, National University of Singapore, and Muséum National d’Histoire Naturelle in France. 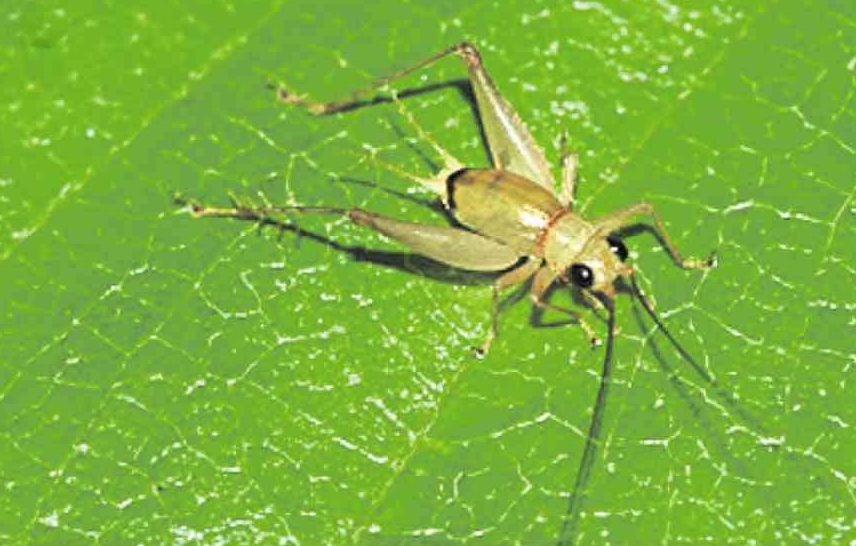 According to the ACB, crickets help maintain the balance of the ecosystem. They renew soil minerals and decompose plant materials, thus contributing to the soil’s richness, which in turn ensures good habitats for plants and trees.

Field crickets consume the seeds of weed species that may be invasive in garden ecosystems. They are also food for other animals, including humans, the ACB said.

In a 2013 report, the United Nations Food and Agriculture Organization said current farming and food production practices are unsustainable but that edible insects, such as crickets, are a viable, untapped resource that can help meet the food demands of the world’s expanding population.

The new species discoveries led Lim to encourage the youth to take up courses in biology or taxonomy. “Many of our species may be disappearing before we even know they exist. We need taxonomists to identify them. We can’t conserve what we don’t know,” she said.

Knowing the country’s species will enable conservation policy and decision-makers to make smart and appropriate decisions and strategies on how to conserve what is left of our biodiversity, Lim added.

Scientists have estimated that more than 90 percent of the world’s species have yet to be discovered.

The expedition was led by scientists from the California Academy of Sciences, with two dozen of their colleagues from the Philippines.

Dr. Terrence Gosliner, dean of Science and Research Collections at the California Academy of Sciences and leader of the 2011 Philippine Biodiversity Expedition, described the country’s biodiversity as “remarkable.”

“Biodiversity in the Philippines is still relatively unknown, and we found new species during nearly every dive and hike as we surveyed the country’s reefs, rainforests and the ocean floor,” he said.

Gosliner said the species lists and distribution maps that they had created during the expedition will help to inform decisions on future conservation and ensure the survival of the country’s remarkable biodiversity.