Duterte seen as endorser who values personal ties over platforms 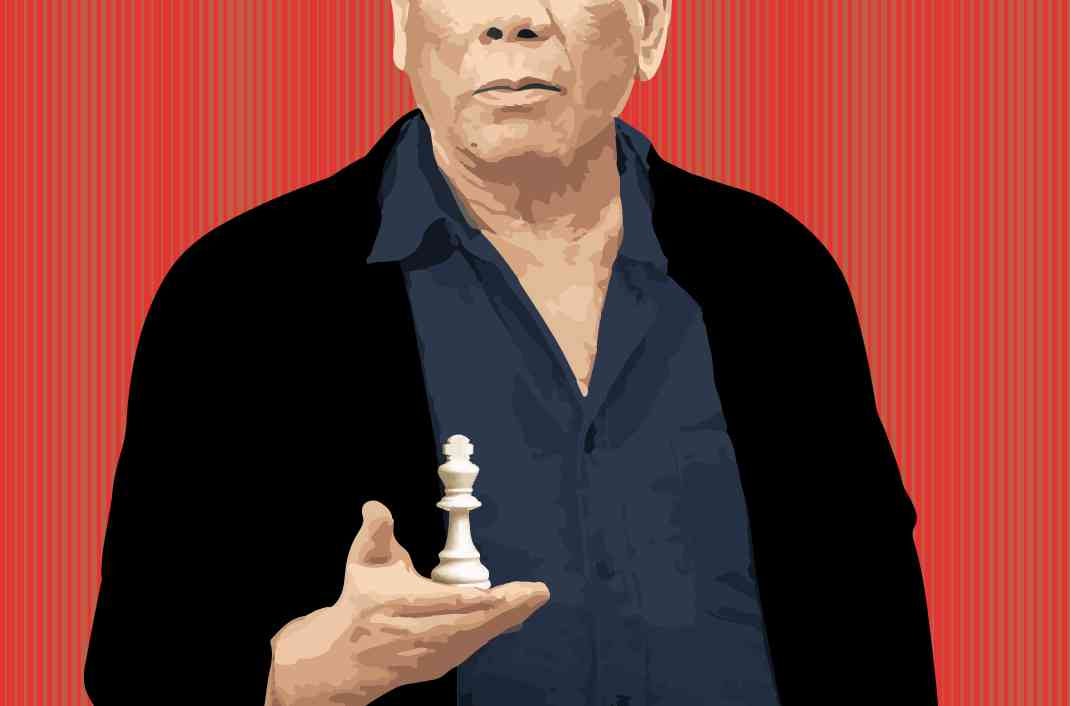 How powerful is President Rodrigo Duterte as an endorser of senatorial candidates?

The survey ranking of newbies Christopher Lawrence “Bong” Go and Ronald “Bato” dela Rosa is seen to serve as the measure of the President’s influence.

“The real test cases would be Bato and Bong Go … [who are] perceived to be the closest to him,” said Dr. Jean Encinas Franco, a political science professor at the University of the Philippines.

Go has steadily risen through the “Magic 12” in recent surveys. He remains in third place, while Dela Rosa, a former chief of the Philippine National Police, has placed sixth in a Pulse Asia poll released early this month.

A trusted aide of the President, Go is often mentioned by him in public gatherings. “It means that it’s rubbing off,” Franco said, referring to Mr. Duterte’s enduring popularity despite his controversial statements and language.

Mr. Duterte’s peculiar style of endorsement is “still very personalistic,” said Dr. Maria Ela Atienza, head of the UP Department of Political Science. “Alliances, loyalty and support are more important to him. It’s like ‘I am indebted to them because they supported me.’”

Franco agreed: “I think loyalty is very important to him, rather than platform or ideology … or track record.”

For fellow UP political science professor Dr. Perlita Frago Marasigan: “It’s a way to convince the public that he is endorsing these candidates precisely because he is not only indebted to them but also believes in them.”

In his speeches at campaign rallies, the President seldom dwells on the candidates’ track records, choosing to stress his personal relationship with and debt of gratitude to them.

Go is his loyal aide born to wealthy families from Batangas and Mindanao. Dela Rosa is his “fundamentally honest” top cop from Davao City.

Motorcycle aficionado Tolentino is a bright and quiet lawyer, a public servant reliable during disasters. Mangudadatu is an adherent of the law amid the disquiet in Mindanao.

Pimentel and Angara are “sons of great fathers.”

Marcos is a contributor to his campaign kitty in the 2016 presidential election, and her father, the late strongman Ferdinand Marcos, is admirable.

Cayetano and Villar are “laudable” women and mothers. Villar prodded him to run in 2016, and Cayetano should be credited for the law giving women more days of maternity leave.

Alunan is a “thinking guy” well aware of the extent of the drugs problem. Aguilar is a bright, talented composer of beautiful songs and very fluent in English.

Although the President keeps campaign crowds entertained and amused, it remains to be seen if his endorsement style will click.

And he “missed the opportunity” to emphasize the track record of his candidates holding government positions, such as Angara who sponsored the TRAIN (Tax Reform for Acceleration and Inclusion) law.

“It’s one of the important priority bills of the administration which became a law,” Atienza said. “In a way, [Angara] delivers. It would have been good to highlight that, because you can show that this man will work and is dependable.”

In Mangudadatu’s case, the President could have highlighted his political career as a supporter of autonomy. “The Mangudadatus would like to present themselves as modernizing, compared to the Ampatuans. That’s their narrative—that while they belong to a political clan, they are the modern political clan,” Atienza said.

Mr. Duterte also failed to endorse more candidates from Mindanao, and missed the chance to beef up the PDP-Laban and present “earnest” candidates pushing for change: “He has not really maximized the political resources at his disposal, his influence, his trust ratings. It would have been good if he had a solid slate,” she added.

But will voters respond positively to the President’s endorsements?

According to Marasigan, presidential endorsements can boost, or ruin altogether, a candidate’s chances. But a famous name and a good word from the President are still big boosts.

“The presidential endorsement is also a scarce resource,” Marasigan said. “Not everyone gets the benefit of this. So the high popularity and approval rating of the President can actually be transmitted to the anointed, even if he doesn’t have a name yet. It can happen.”

On the other hand, the President often attacks the opposition Otso Diretso, saying its candidates would go straight to hell (“diretso sa impyerno”).

“Compared with past administration strategies, the personal attack was not really the norm,” Marasigan said. “I didn’t see it much. They would usually just say, ‘We’re smarter,’ for instance. Now, it has become below the belt.”

This is no surprise given the President’s penchant for provocative language, she said, adding:

“That’s how he is. He gets even, he is different … It’s like he is only retaliating. And usually, personal attacks are common among opposition parties, so that’s the strategy they use because they have no other choice.”

Mr. Duterte has disparaged all in Otso Diretso—save for Marawi civic leader Samira Gutoc, supposedly because  she is a woman—claiming they do nothing but oppose him.

According to Mr. Duterte:

Roxas, his rival in 2016, “achieved nothing” even if he served in the Cabinet of different presidents and went to “Watsons,” a poke at Roxas’ degree from Wharton School.

Alejano is a “bad candidate” as he was part of the Magdalo group of disgruntled military officers who launched two mutinies against the Arroyo administration.

Tañada is a “thick-faced leftist,” and so is Diokno, who is responsible for the continuing communist insurgency.

Macalintal is a “small-time election lawyer” who doesn’t make much money, and Hilbay is a “good-for-nothing,” a “pagong” (turtle).

“All of it is really below the belt,” Franco said. “But [Mr. Duterte] had no intention of following the norms of the presidency from the very start, when he was campaigning then, and now that he’s campaigning for other candidates.”

Will this tactic hurt Otso Diretso?

“I think the slate is weak, so whether the President does it or not…” Franco said, trailing off. “And it seems that within the slate, they are campaigning on their own, spending on their own, unlike in previous campaigns.”

This “weakness” is seen in the Otso Diretso’s difficulty in placing in surveys, as Aquino and Roxas precariously share the 11th spot in the Pulse Asia poll conducted in March, Franco said.

“Who among them are ranked in the surveys, and in what place?” she said. “It’s really hard for them … Aquino’s flagship free higher education law should have been popular.”

For Atienza, the weakness lies in the slate’s incomplete lineup: “They don’t even have a complete slate. That’s an important sign that they are weak and the support of business groups is weak … No one is really betting on the Otso Diretso.”

Nevertheless, the President’s attacks and Davao City Mayor Sara Duterte’s exchange of barbs with the opposition are still publicity, she said.

“If you hit them, the people begin to take notice of them. Negative publicity is still publicity. The opposition has nothing to lose, and it seems it’s the tactic of those in Otso Diretso who are trailing in the Magic 12,” Atienza said.

For Marasigan, candidates should just discuss their stand on issues. “It would be better if they just focus on the issues,” she said. “Personal attacks and negative propaganda will not lead them anywhere, both camps. Even the President cannot do anything.”