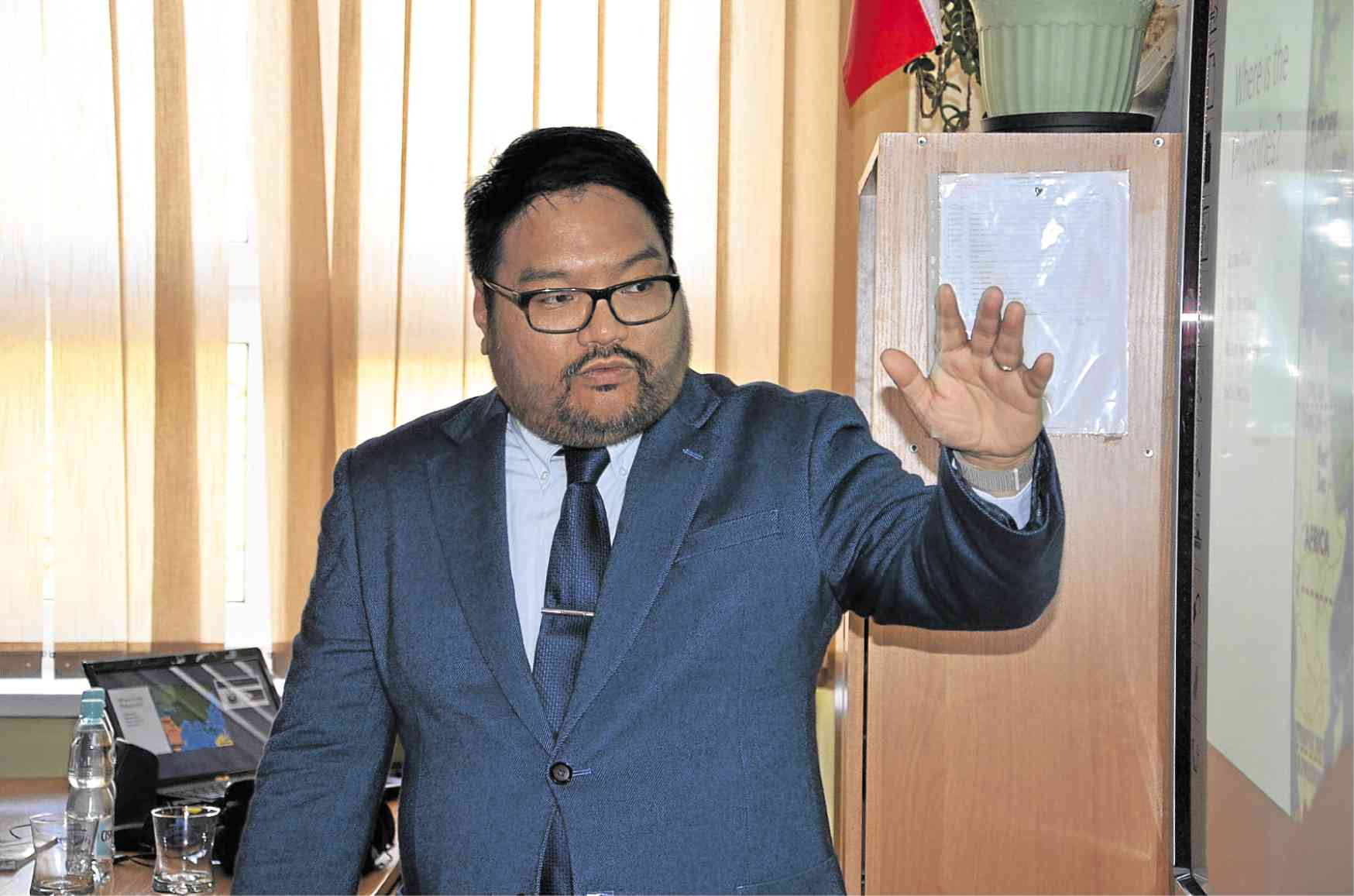 MANILA, Philippines — Resigned Manila Times managing editor Felipe Salvosa II said he would never put down his former newspaper, even as he drew the line on publishing a headline accusing fellow journalists of plotting to oust President Rodrigo Duterte based on a dubious “matrix” diagram.

Like most newsmen, the 39-year-old Salvosa chafes at finding himself the story when his resignation on the heels of The Manila Times’ headline, “Oust-Duterte plot bared” on Monday was picked up by other media groups.

Since then, Salvosa has been both lauded for taking a principled stand while taking hits from his former newspaper and hateful trolls on social media.

“I’m not a hero. I’m just for basic journalistic principles,” he told the Inquirer on Friday.

Salvosa resigned on Tuesday, although his employer said he was asked to leave, after posting on social media that he did not agree with the management’s decision to banner the article bylined by Times owner and chair emeritus, Dante Ang.

The newspaper’s front page showed a matrix allegedly given to Ang by a source in the Office of the President, linking the people who worked in those groups to an ouster plot and to the so-called “Ang Totoong Narco List” video that linked the President’s family and friends to the illegal drug trade.

Salvosa, who was hired managing editor on July 1, 2016, when Mr. Duterte assumed the presidency, described himself as a pragmatic person and knew that differences among people in the newsroom came with the territory.

He recalled that when he was shown the article and told not to edit it, he thought it pointless to argue its weaknesses as a news story, much less as a banner piece, since management had already made its decision.

“The story as it was written cannot stand by itself. It was editorializing. How can I teach ethics to my students and yet agree to the publication of this story? So at that point I no longer agreed with the policy,” he said.

Salvosa, who teaches journalism at the University of Santo Tomas, said the story needed corroboration and the side of all those dragged into the supposed destabilization plot for the sake of balance and fairness.

A mere “matrix” from an anonymous source was not enough to support the sweeping accusations against veteran journalists and even nonjournalists implicated in the alleged oust Duterte plot, he said.

“A diagram is by no means an evidence of ‘destabilization’ or an ‘ouster plot.’ It is a very huge stretch for anyone to accuse PCIJ, Vera Files and Rappler of actively plotting to unseat the President. I know people there and they are not coup plotters,” Salvosa said in his private Twitter page on Monday.

He said he was prepared to resign when he posted his objections to the story on his social media accounts.

In a statement, The Manila Times said it stood by its “matrix” piece, which is a story in itself, stressing it came from the Office of the President, which was a “credible” source.

“Our chairman emeritus did his own background check, using several sources, before submitting his draft for editing. There was also an effort to solicit a reaction from at least one of the names mentioned, but that could not be secured as of press time,” president and CEO Klink Ang said on Thursday.

He insisted it was a “legitimate news item” even though his father, Dante Ang, is part of the Duterte administration as special envoy for international public relations.

The implicated media groups and NUPL as well as journalists Ellen Tordesillas of Vera Files and Rappler CEO Maria Ressa have denied the accusations as baseless. The military and police also said there was no clear evidence to link the journalists to any ouster plot.

The Manila Times said Salvosa “behaved unethically” when he posted his criticism on social media when he was officially still with the newspaper.

The younger Ang said employees were allowed to see the owner about editorial matters and that Salvosa did not object to the story.

“He was merely told that copyediting of the story was no longer required as that was done by the editor in chief,” he said.

Not in combative stance

Salvosa clearly does not want the attention and does not put on a combative stance.

“If they want to say things against me, I will not challenge them anymore. I already quit, I resigned. Yes, I was told to resign but I was going to resign anyway,” he said.

“I have all the respect and admiration for all my colleagues who are doing a heroic job because we are doing our best despite limited resources. And I believe we were able to do that. We tried to improve coverage and balance the reporting,” Salvosa said.