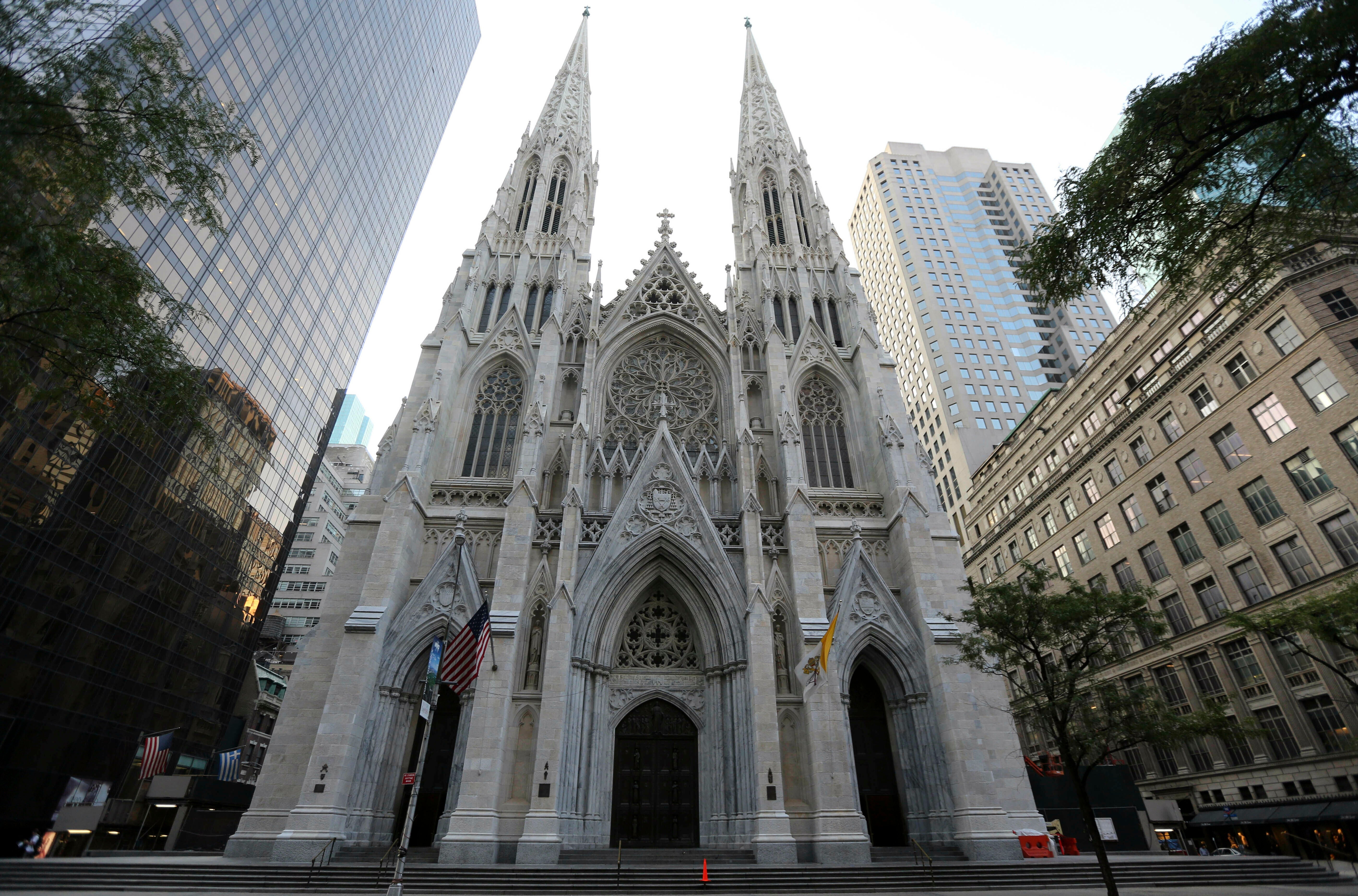 This Sunday, Aug. 30, 2015 file photo shows the newly renovated and cleaned facade of St. Patrick’s Cathedral in New York. The Archdiocese of New York says at least 120 priests accused of sexually abusing a child or having child pornography have worked there over decades. The nation’s second-largest archdiocese released a list of names on Friday, April 26, 2019. (AP Photo/Mary Altaffer, File)

NEW YORK — At least 120 priests accused of sexually abusing a child or having child pornography have worked in the Archdiocese of New York, the archdiocese said Friday in releasing a list of names that includes bishops, high school teachers, a scouting chaplain and a notorious cardinal.

The release, from the nation’s second-largest Roman Catholic archdiocese, follows more than 120 such disclosures from other dioceses around the country as the church reckons with demands for transparency about sex abuse by clergy.

In a letter to church members, Cardinal Timothy Dolan said he realizes “the shame that has come upon our church due to the sexual abuse of minors.” He asked forgiveness “for the failings of those clergy” who betrayed the trust invested in them to protect young people.

“It is my heartfelt prayer that together we as a family of faith may be healed,” Dolan added.

Church abuse watchdogs and lawyers for abuse accusers said the release of the list was a positive step, but some of them saw it as incomplete.

It doesn’t include accused members of religious orders who worked in the archdiocese’s churches and schools, though some orders have released their own lists. Nor does it list priests who were ordained elsewhere and later served in New York.

And there are no details on accused priests’ past assignments or the allegations against them, although some have emerged in news accounts, lawsuits and criminal cases.

“It’s certainly a good thing that they’ve come out with the list,” said Terry McKiernan of Bishop Accountability, a watchdog group. But “do they still not see that this very, very reluctant way of offering information about the crisis is the wrong way for them?”

Archdiocese spokesman Joseph Zwilling said that “the important thing is that we have released all of the names of priests that have a credible and substantiated charge brought against them,” plus those awaiting a church determination on allegations, and those newly accused through an archdiocese-run compensation process.

The program has paid out $65 million to over 350 people in the past three years.

The list includes priests ordained between 1908 and 1988. Many have died, and the archdiocese said none is currently working in the ministry.

Most of the alleged abuse happened in the 1970s, ’80s and early ’90s, but there have been two credible allegations of sex abuse by active clergy since 2002, according to the archdiocese. It said authorities were alerted about both those cases.

Some priests on the list were convicted of sex crimes, including the late Rev. Edward Pipala, who served seven years in federal prison after admitting in 1993 to taking at least 11 boys across state lines for illicit sex.

Former Cardinal Theodore McCarrick, who was ordained in New York, became archbishop of Washington and one of the most visible church officials in the U.S.

Then, in February, he became the first cardinal defrocked in the sex abuse scandal of recent years. An internal church investigation had found him guilty. McCarrick’s lawyer declined to comment at the time.

Bishop John Jenik was removed from his public duties in November after being accused of inappropriate behavior with a teenage boy in the 1980s — an accusation he denies. The Vatican is reviewing the matter.

Bishop James McCarthy resigned in 2002 after the archdiocese was alerted about his affairs with women, which he acknowledged. He mentioned starting a relationship with a woman when she was around 21 years old, but some questions were later raised about whether she’d been underage.

No charges were filed, and the church hasn’t made a determination. A message was left Friday evening at a possible phone number for McCarthy.

Others were school leaders and teachers, deacons, parish priests, and clerics who worked with charities and youth groups.

One served as a Catholic Youth Organization director in New York and as national chaplain of the National Catholic Committee on Scouting in the 1970s, when he allegedly abused a boy at a summer camp, according to news accounts. The priest died in 1984, over two decades before the allegations became publicly known.

Based at St. Patrick’s Cathedral, the New York Archdiocese includes parts of New York City and several counties north of the city. The only U.S. archdiocese with more Catholics is that of Los Angeles.  /muf