More groups want Canada to take back waste from Philippines 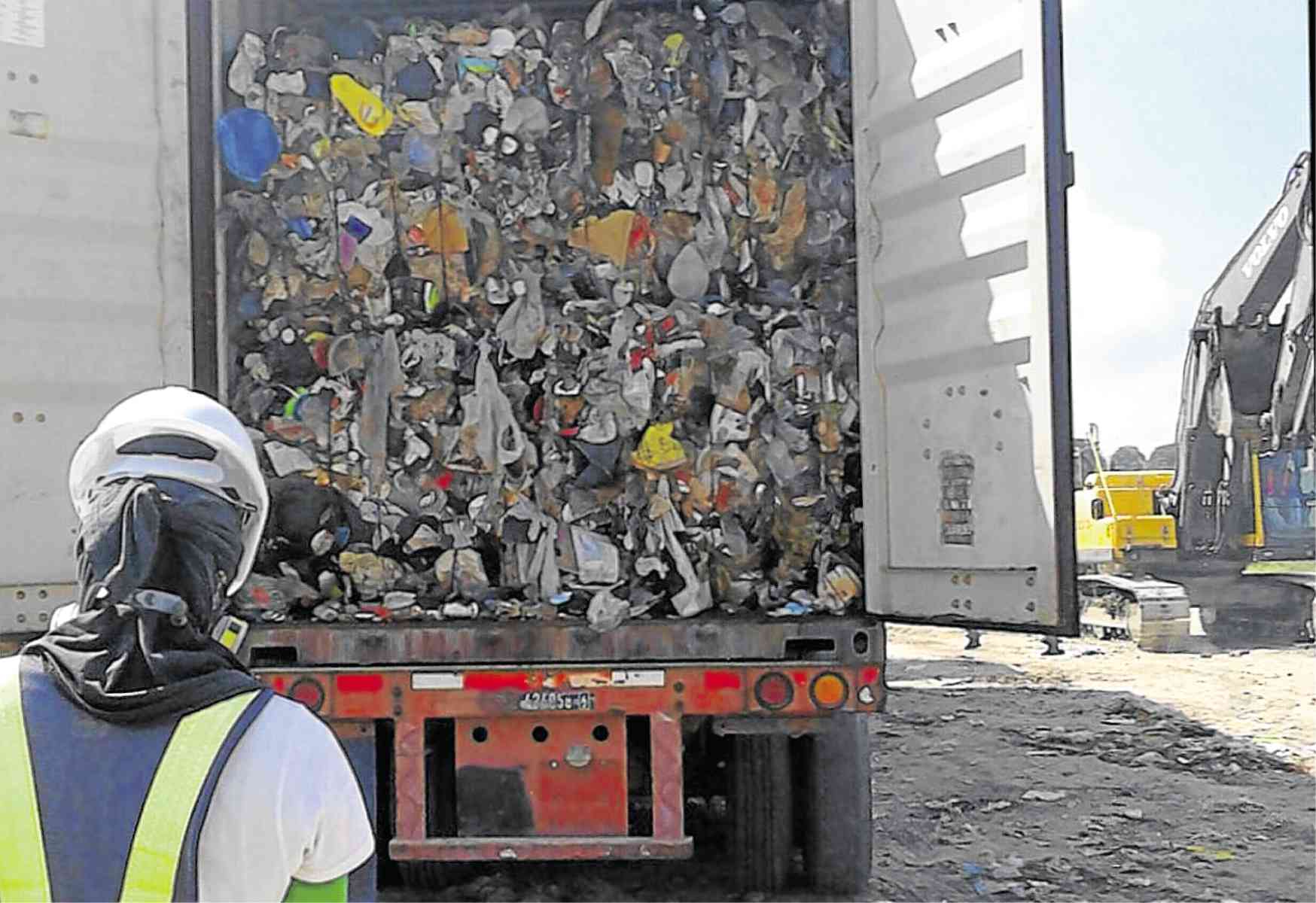 IT STINKS One of the almost 100 containers found to contain garbage from Canada. —METRO CLARK WASTE MANAGEMENT CORP.

CITY OF SAN FERNANDO—Five groups have joined the clamor for Canada to take back heaps of trash misdeclared as plastic scraps that were illegally shipped to Manila from 2013 to 2014.

Their demand came on the heels of a legal opinion finding Canada in violation of the Basel Convention and an ultimatum declared by President Duterte on Tuesday.

“Canada should act swiftly to retrieve their garbage from our country. No more promises. It has ignored us for six long years. We do not deserve such disrespect, much less the damage wrought by their garbage on our environment and affected communities,” Bangon Kalikasan Movement president, Joey Papa, said in a statement released by the lead campaigner EcoWaste Coalition.

Ochie Tolentino of the Cavite Green Coalition said the group’s patience has “already run out.”

Tessa Oliva, executive director of Green Convergence for Safe Food, Healthy Environment and Sustainable Economy, said the “overstaying garbage” was an “affront to the rule of law and to our environmental rights.”

Trudeau, she said, must heed Duterte’s warning “without delay.”

Sonia Mendoza, chair of Mother Earth Foundation, said Trudeau has to put the “long-standing irritant” between the two countries to rest.

“It’s the only decent, moral and legal thing to do to bring this mess behind us,” she said.

They issued comments even as Canadian Ambassador John Holmes assured his country’s commitment to address the garbage dumping issue.

Holmes said: “Our prime minister (Trudeau) committed and has recommitted to resolving this issue, including taking the waste back to Canada.”

EcoWaste’s Aileen Lucero said Holmes’ statement failed to placate civil society groups demanding the return of 103 freight containers that were unlawfully shipped to Manila from 2013 to 2014.

At least 26 freight containers were emptied in a private landfill in Capas, Tarlac.

“We hope that the clamor for Canada to get their trash out of the Philippines will not again fall on deaf ears. We remain optimistic that our long struggle for environmental justice will soon draw to a close, so we can focus on preventing the hideous dumping of wastes and toxics into our country from happening again,” Lucero said.

The Pacific Center for Environment Law and Litigation said Canada violated the Basel Convention on the Control of Transboundary Movements of Hazardous Wastes and their Disposal.

Tarlac Gov. Susan Yap said she wanted the garbage, estimated to be 100 tons, thrown in  the Kalangitan landfill of the Metro Clark Waste Management Corp. (MCWMC) in Capas in July 2015 to be retrieved and sent back to Canada.

But MCWMC president, Rufo Colayco, said retrieving the garbage was difficult to do since these had been mixed in cells that had already been sealed and buried.