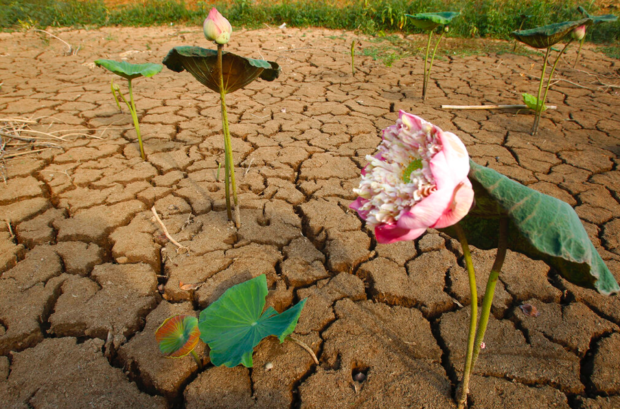 Lotus flowers wilt in the dry cracked earth of an empty pond during the dry season outside of Phnom Penh, Cambodia on April 25, 2019. AP

PHNOM PENH, Cambodia — Cambodian authorities have ordered a one-hour reduction in the length of school days because of concerns that students and teachers may fall ill from a prolonged heat wave.

Education Minister Hang Chuon Naron said in an announcement seen Friday that the shortened hours will remain in effect until the rainy season starts, which usually occurs in May. The current heat wave, in which temperatures are regularly reaching as high as 41 Celsius (106 Fahrenheit), is one of the longest in memory.

Most schools in Cambodia lack air conditioning, prompting concern that temperatures inside classrooms could rise to unhealthy levels.