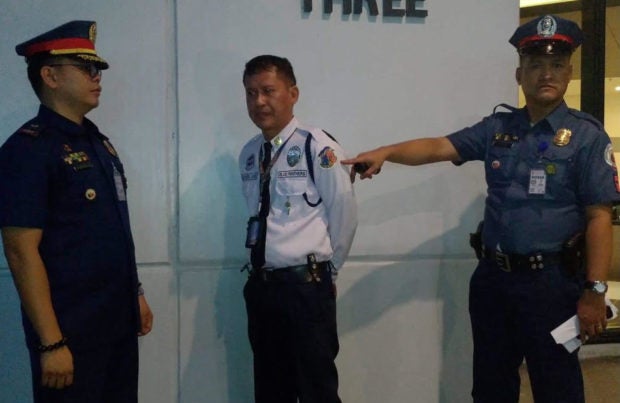 An arresting police officer points to suspect Aldemar Murih Sayari, who is reportedly a wanted member of the Abu Sayyaf Group, during his arrest in Muntinlupa City. Photo from the PNP

A report from the Philippine National Police (PNP) identified the suspect as Aldemar Murih Sayari. 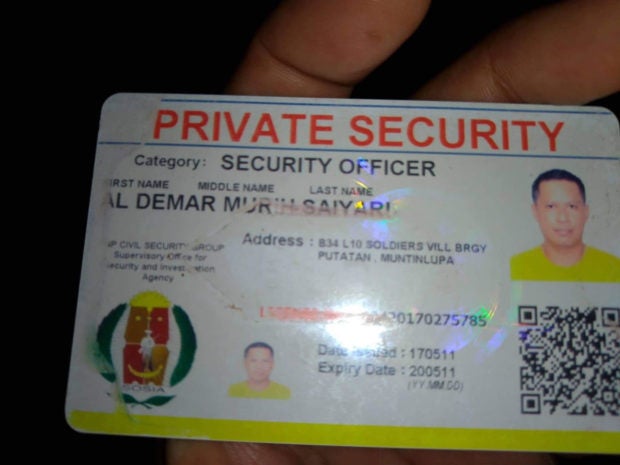 The PNP confiscates the fake license being used by the suspect to work as security guard at an establishment in Muntinlupa City. Photo from the PNP

Prior to his arrest, Sayari was working as a private security guard using a fake license, police said.

The suspect was collared in Alabang, Muntinlupa City at 6 p.m. on Wednesday through an arrest warrant issued by the Pasig City Regional Trial Court Branch 162 in connection with the case of kidnapping in Sidapan, Malaysia in April 2000.

Police said the private security agency–Blue Panther–that hired the suspect was also found to be operating illegally since 2014. The establishment was also ordered to cease operation by the PNP Civil Security Group in 2016 since it failed to renew its license that expired in 2014.

The suspect is now under the custody of the Southern Police District, National Capital Region Police Office (NCRPO) in Taguig City.

Authorities are also conducting regional field visits and closely monitoring all private security agencies and guards across the country to ensure strict compliance of election rules and resolutions. /jpv