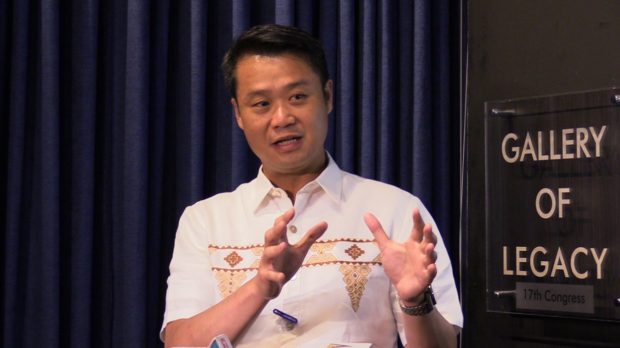 MANILA, Philippines—The ruling of the International Chamber of Commerce (ICC) in Singapore on the arbitration case filed by Shell Philippines Exploration B.V (SPEX) against the government on the Malampaya gas project’s corporate income tax issue should revitalize the oil and gas exploration industry.

Senator Sherwin Gatchalian said this Friday after the Malampaya consortium reportedly received a favorable ruling from the ICC on the $1.1-billion (or approximately P53-billion) tax case that SPEX filed against the government in 2015. SPEX is the lead operator of the Malampaya gas project in northwest Palawan.

“With the case now behind us, it is high time for the government to aggressively pursue a ‘Drill, Drill, Drill’ program, so that we can tap these oil and gas resources and use them to achieve Philippine energy independence and pave the way for the country to become an energy exporting powerhouse,” Gatchalian, chair of Senate committee on energy, said in a statement.

The multi-billion tax case stemmed from the order of the Commission on Audit (COA) for the Malampaya consortium to settle alleged unpaid taxes under its Service Contract 38 for the gas field venture.

The operators of the Malampaya gas platform had sought international arbitration on the issue involving their alleged unpaid tax obligations to the government in 2015.

With the resolution of the Shell arbitration case, the senator stressed that there will no longer be a “legal impediment for investors to undertake oil and natural gas explorations” in the country.

“The multi-billion tax case has been a big specter that discouraged foreign players from conducting petroleum explorations in the Philippines over the past several years and drove away investments in high risk, capital-intensive, and technology-intensive sectors,” he added. /jpv