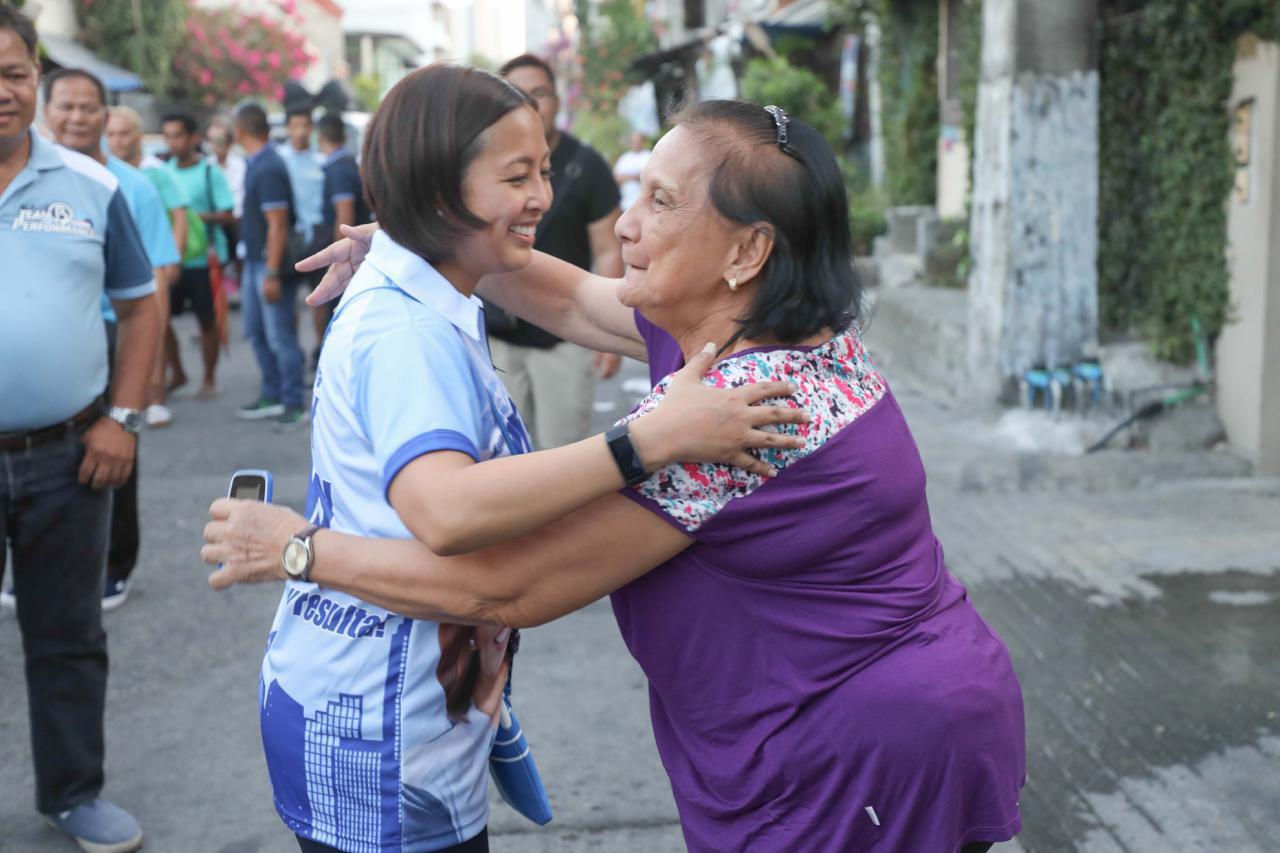 MANILA, Philippines – Makati Mayor Abby Binay on Wednesday said senior citizens will be given priority in the hiring of employees for the Makati Subway project.

Around 10,000 jobs will be made available to Makati residents in the construction and operation of the subway.

The mayor said the partner-companies of the city have agreed to allocate jobs for Makati senior citizens who are still fit to work once the subway becomes operational in about five years.

“Our private sector partners in the Makati Subway project are amenable to hiring able-bodied senior citizens to fill up various posts that will be available once the subway starts its operations about five years from now,” Mayor Abby said.

“Just as what Japan has done, we want to keep our elderly residents productive while providing them with a steady source of income for their essential needs,” the mayor added.

The mayor reiterated that Makati residents will be given priority in the hiring of workers from the construction phase up to full operation of the intra-city subway system.

She pointed out that the private sector has more leeway in hiring senior citizens than government units and agencies, which are constrained by the age limit set by civil service laws.

Last December, Mayor Binay led the ceremonial drilling for the project at the Makati City Hall grounds, and the unveiling of a scale model of the subway at the City Hall lobby. Other participants included former Vice President Jejomar Binay, representatives of the private consortium, and other city officials.

Referring to it as a “very valuable legacy to the people of Makati”, the mayor expressed confidence that the Makati Subway project will substantially improve the quality of life in the city for present and future generations, and fuel sustainable economic growth and inclusive progress.

The Makati Subway, the first of its kind in the country, will be a joint venture between Makati City and a consortium of local and foreign investors, with no cash out on the part of the city.

The 30-year concession with the consortium also includes maintenance and repair of the coaches and the control hub.

The subway system will have two tracks, up to 10 underground stations, and air-conditioned coaches which can accommodate 200 passengers per car. The entire system spans 10 kilometers with a train yard, a maintenance depot, and a central command center at ground level.

The stations will have at least 30 station entrances linked to destinations across Makati, which will spur the growth of small and medium businesses. It will also be linked to ferry transport, interchanges to the existing MRT 3 line, as well as potential links to the future Japan International Cooperation Agency (JICA)-funded Metro Manila subway, and to future parking structures and transport feeders outside the existing business districts.

Once completed, the Makati Subway will be able to service up to 27,000 passengers per hour per direction. The system also promises an interval of three to six minutes between trains on the first year, with 12 operational trains.

For the succeeding years, Makati is eyeing to have 18 trains with a two to four minute interval. The trains system is also prepared to accommodate as many as 40,500 passengers per hour during peak hours. The train system will run on an 18-hour operational cycle.

A reliable, comfortable, and highly-efficient mass transport system will result in less traffic congestion and parking woes in the country’s premier financial district. Feasibility studies project 270,000 fewer cars in the streets of Makati by 2048. This makes the Makati Subway a more eco-friendly and sustainable solution as well, with a projected reduction of 2.3 million tons of CO2 annually in greenhouse gas emission by 2048.

The subway will not only decongest major thoroughfares, it is also expected to increase work productivity by cutting down the daily commute or travel time of workers.  According to JICA’s congestion valuations, the Philippines will gain at least $600 million annually in GDP (gross domestic product) just for enhanced productivity.

Interestingly, the subway project will also allow for 20 percent higher land values in Makati because of the new transport system. The figure was based from the experience of other Asian cities like Bangkok and Hong Kong.

Bangkok’s subway system was launched in 2004 and now serves 100 million riders per year across 35 stations. Like the Bangkok line, Makati Subway will be operational even during floods.

Hong Kong’s Metro Transit Railway (MTR) system which was introduced in 1979 helped usher in a period of unprecedented urban mobility and economic growth. Now, 90 percent of Hong Kong residents and workers commute without a car, translating into more hours a day for business and family. The MTR also makes $7 billion in earnings and serves 1.7 billion riders. The system is so successful that Hong Kong’s MTR now advises and even manage rail systems in countries around the world.

Other cities like Kuala Lumpur, Ho Chi Minh City, and Jakarta are now experiencing less congestion in their financial centers following the introduction of a mass transport system. /muf