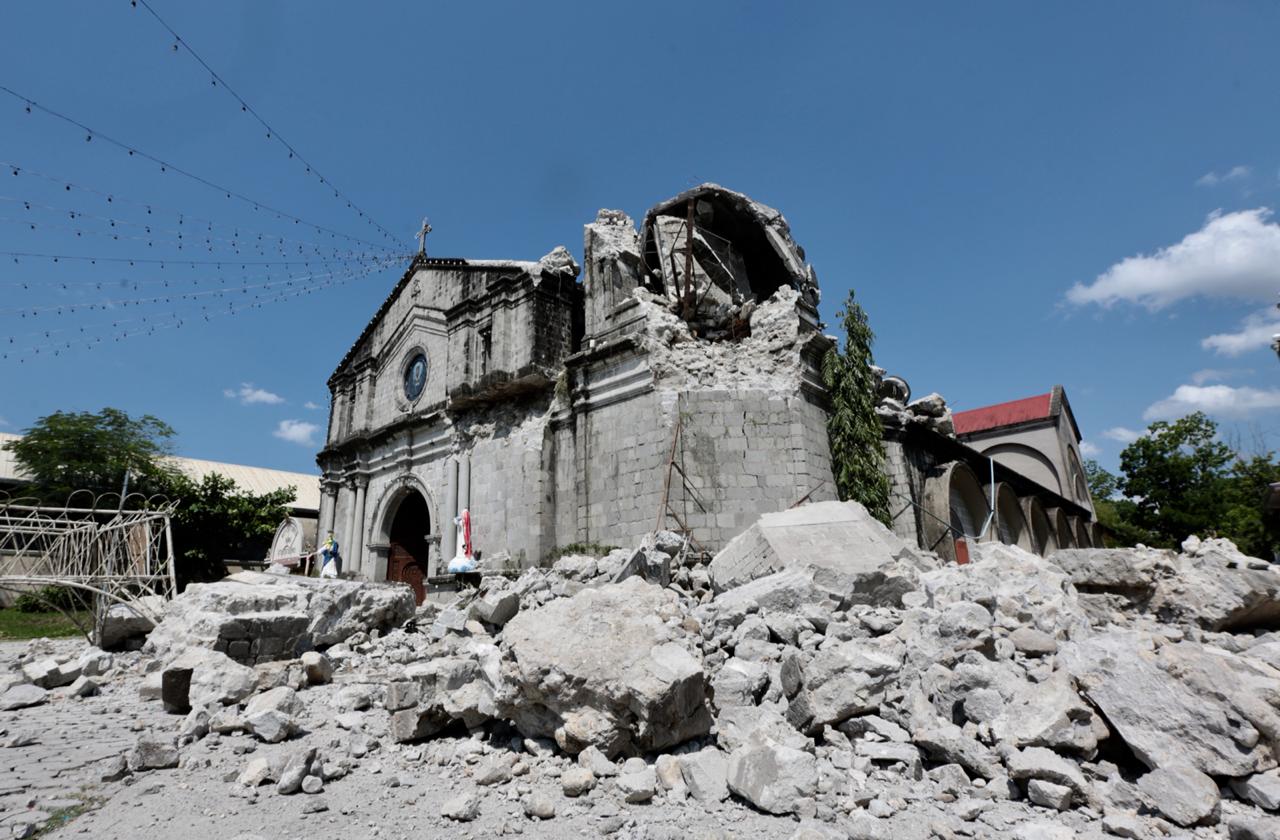 MANILA, Philippines — The National Historical Commission of the Philippines (NHCP) will ask Malacañang to release calamity funds or include in the national budget for 2020 appropriations to restore Pampanga heritage churches damaged by a strong 6.1-magnitude earthquake last April 22.

NHCP chairman Rene Escalante said his agency could not give yet the cost of destruction brought by the temblor as they are still awaiting the consolidated report on the extent of damage the earthquake had on churches in Pampanga.

“What we want for the archdiocese is to consolidate everything so that just in case the Department of Budget and Management (DBM) will ask how much money you need. We won’t just give a random figure,” he said in a press briefing in Malacañang

“We are still waiting for words from Malacanang if they will appropriate calamity fund for all these cultural heritage that were partly damaged by the earthquake,” he added.

But what if Malacañang would not release calamity funds for the rehabilitation of affected churches?

“With the worse scenario, if there will be no calamity fund, then we have no choice but to submit this to DBM for possible inclusion in the General Appropriations Act for fiscal year 2020,” Escalante noted.

At least 24 churches in Pampanga were closed after the quake to allow engineers to check the structural integrity of the buildings.

“They are doing a round also. Because we only visited five churches but I am pretty sure that there might be other churches that they want to be included. For instance, after a meeting they said we should have also gone to Bacolor and Minalin,” he said.

“What we are really recommending is the safety of the people. So if the structure is not safe, if there are signs of cracks, then better to vacate the church for the time being,” he added.

Some churches, he also said, had severe damage, citing the San Agustin Church in Lubao.

He said restoring the church’s belfry and flooring may cost more than P 10 million.

In the case of the Holy Rosary Parish Church in Angeles City, Escalante said they have yet to inspect the cracks in the church.

“These are cultural properties that I think it is the duty of the state to preserve and then restore. I consider this something that’s really, very urgent. And we really appreciate if the administration will appropriate a certain amount for this,” he said.

The Archdiocese of San Fernando should also help fund the rehabilitation of the churches, he noted.

“We also told the archbishop that if ever you have fund intended for the restoration and then for the activation of these church, they must also participate. We cannot rely completely on government funds, because in the first place, these are their property,” Escalante said.

Many old churches in Pampanga, he said, are considered to be heritage churches due to its cultural significance.

He said churches in Angeles City, San Fernando City, and the towns of Lubao, Guagua, and Minalin have markers stressing their historic or cultural importance.

He said the Archdiocese of San Fernando had come up with “a detailed engineering study of some of these churches.”

“They already have 3D scanning of these structures. It would be easier now for us to do the restoration works just in case funds will be appropriated for this,” he said. /kga