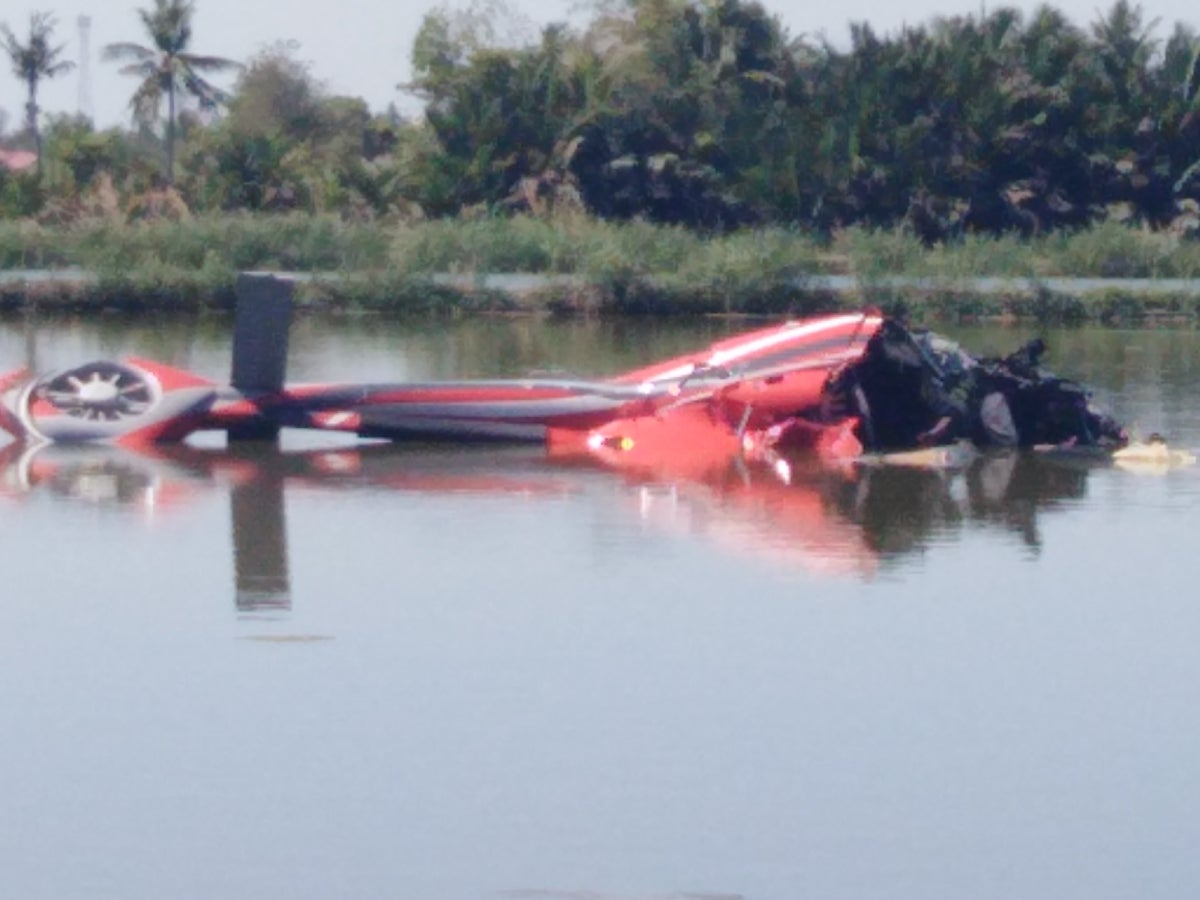 The wreckage of the helicopter that crashed into a fishpond in Bulacan on Thursday. INQUIRER photo / Carmela Reyes-Esterope

CITY OF MALOLOS — Businessman Liberato “Levy” Laus, the chairman and founder of the LausGroup of Companies, was killed when the private helicopter carrying him and other people crashed into a fishpond area here on Thursday, police said.

Bulacan Gov. Wilhelmino Sy-Alvarado said Laus was among the three fatalities after the helicopter with body marking RP C8098 crashed in Barangay Anilao around 12:30 p.m.

Also killed in the crash was the chopper’s pilot while authorities have yet to identify the other killed passenger.

Laus, 68, was also chair emeritus of the Pampanga Chamber of Commerce and Industry.

A highly civic-minded person, Laus was one of the organizers of the Save San Fernando Movement that pressed for the construction of the lahar-catchment FVR Megadike amid plans to relocate the Kapampangans to Palawan.

His LausGroup of Companies is a diversified conglomerate of automotive dealership. It is considered the largest multi-brand network in the Philippines today, according to the company’s website.

His CarWorld showroom was a meeting place and stock room for Pinatubo-related works.

Under his leadership, the Pampanga Chamber of Commerce promoted countryside development, believing this was one of the best ways to spread even development.

Police Col. Chito Bersaluna, Bulacan police director, said it was not immediately known where the helicopter came from and where it was headed.