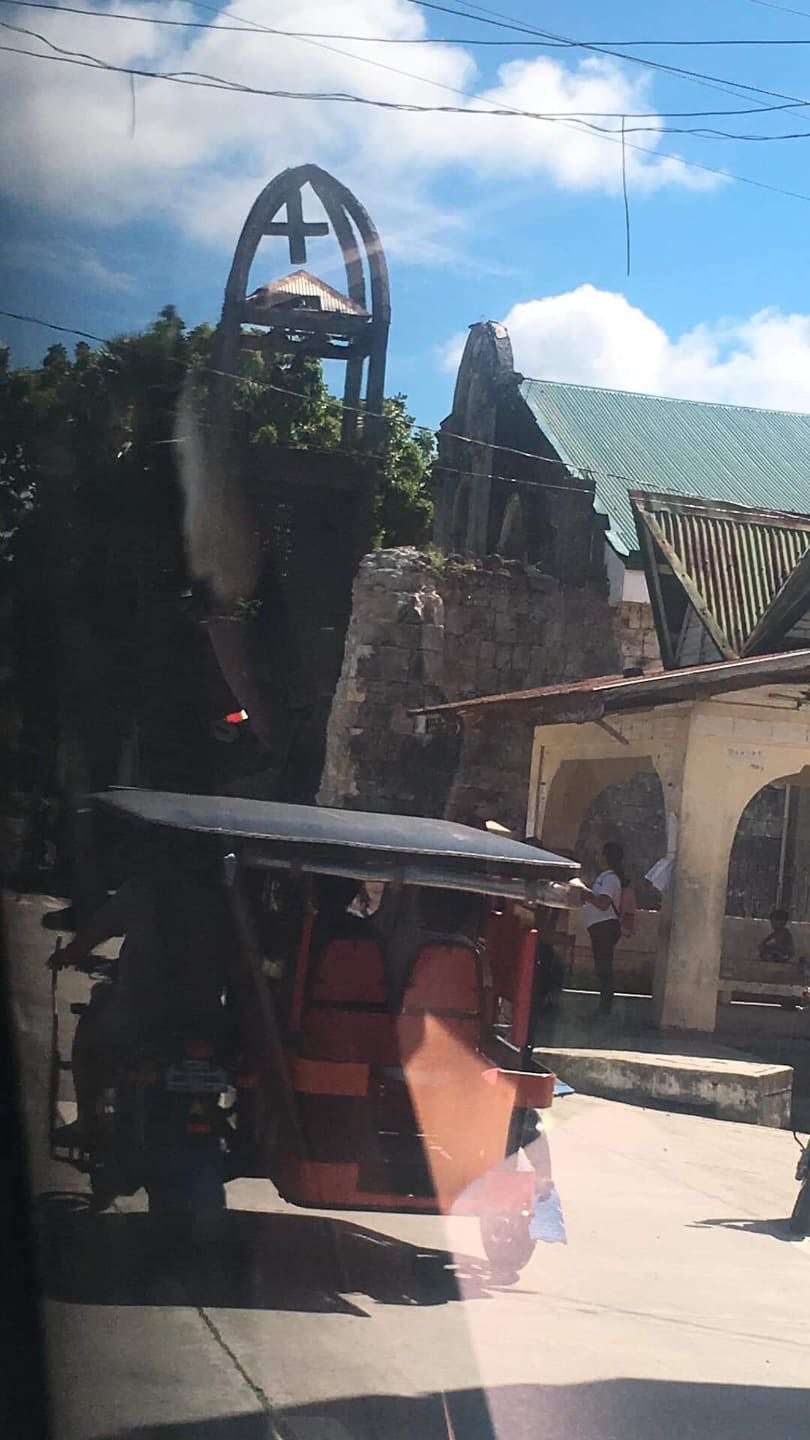 A church in Barangay Poblacion in San Julian in Eastern Samar was damaged due to 6.2 magnitude earthquake that hit the place at 1:57 p.m. Tuesday. Photo courtesy: Maynard Evardone Madeja

The Office of the Civil Defense (OCD) in Eastern Visayas said the damage, especially to government infrastructure, was minor.

“We are thankful that we did not sustain any major damage compared to Luzon’s 6.1-magnitude [tremor],” said Henry Anthony Torres, OCD regional director.

The earthquake shook Eastern Samar and nearby places at 1:37 p.m. on Tuesday. It happened less than 24 hours after a 6.1-magnitude temblor jolted parts of Luzon and killed at least 17 people.

In a bulletin, the Philippine Institute of Volcanology and Seismology (Phivolcs) traced the epicenter of the earthquake at San Julian town, Eastern Samar.

Based on OCD data, San Julian municipal government and a rescue team from Tacloban City in Leyte province, 13 people were hurt by falling debris during the quake.

OCD said seven were injured—three were from Catarman town in Northern Samar, who were identified as Ricky Pabroa, 39; Joseph Froilan, 46; and Ernesto Aseo, 42.

Records from the Tacloban Rescue Team Unit (Tacru), showed that four were injured. No names were released.

Three were hurt, according to a report of San Julian’s Municipal Disaster Risk Reduction and Management Council. They were identified as Elsa Godino, 67; Bonifacio Encabo, 70; and Dolly Ponbo, 30.

A portion of the belfry of the centuries-old Church of Our Lady of Seven Sorrows fell.

Rebamontan said bridges in the villages of Casoroy and Campidhan, as well as the roads leading to the villages of San Miguel and Bunacan, showed some cracks but remained passable.

“Power supply was restored at 10:30 Tuesday night,” she said.